Detroit is in an era of decadence, newly developed android models can interject into the mundane aspects of human life and handle the tasks that humans have grown beyond. Maids, traffic guards, ladies of the night, all of these are tasks that an android can perform if you have the cash and pick out the right model. Androids may be programmed to only obey their human masters without question, but what happens when that coding goes awry and androids learn to develop feelings and irrational thought for themselves? In Quantic Dream’s latest cinematic adventure and brainchild of David Cage, those consequences will be explored in Detroit: Become Human that try to shake the foundations of what exactly constitutes free will. 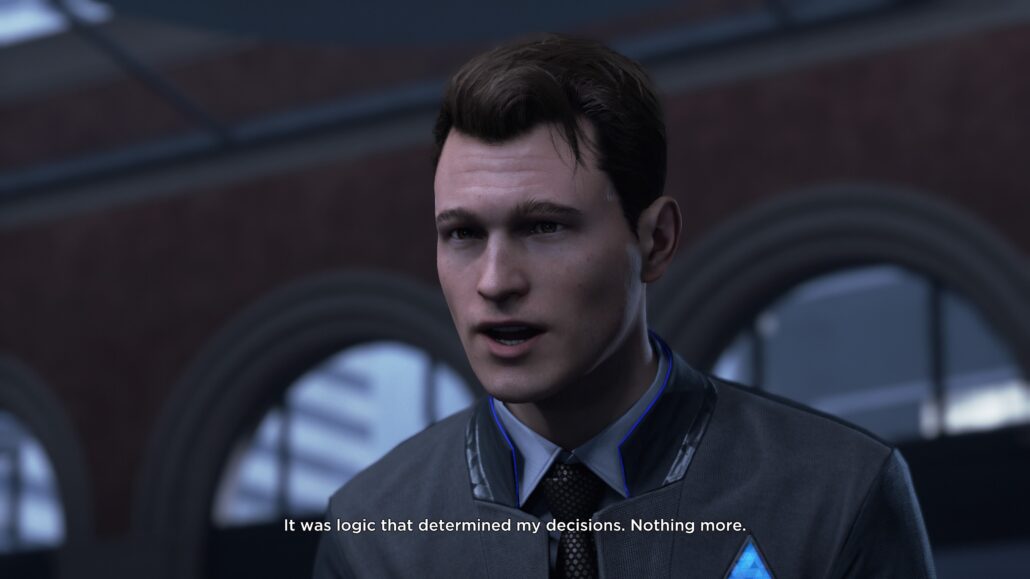 Each of Detroit: Become Human’s three protagonists revolve around a different theme that helps their branching stories feel unique enough from each other. Android detective Connor’s story focuses on duty, Markus centers around his capability as a leader, and Kara’s tale is that of an android wanting to escape from her current settings and start a family. Some strange anomalies have been popping up with more frequency across Detroit: androids lashing out at their human masters after weeks of abuse, irrational decision making that could be misconstrued as the sense of human emotion, and the matter of something known as ‘rA9’ that some androids obsess over in bouts of hypergraphia. As each of the three protagonist androids learns to break free from the shackles of indentured servitude, they take the player on different journeys about just what the nature of humanity could possibly mean.

The three protagonists to Detroit: Become Human each has mechanics and artistic direction that stand apart from each other, as well as music that varies between each. Subtle cues in the environment, from pristine offices to the graffiti-ruined Burroughs that litter the urban landscape, are different in each story. Three different composers designed the musical cues for each Android and the few moments where paths cross get truly interesting with how the beats intertwine to create something unique. Between the different soundtracks, I found Connor’s to be the weakest of the three, focusing on unnatural and synthetic sounds that lack the same harmony and intensity that Kara and Marcus’ soundtracks inspired. 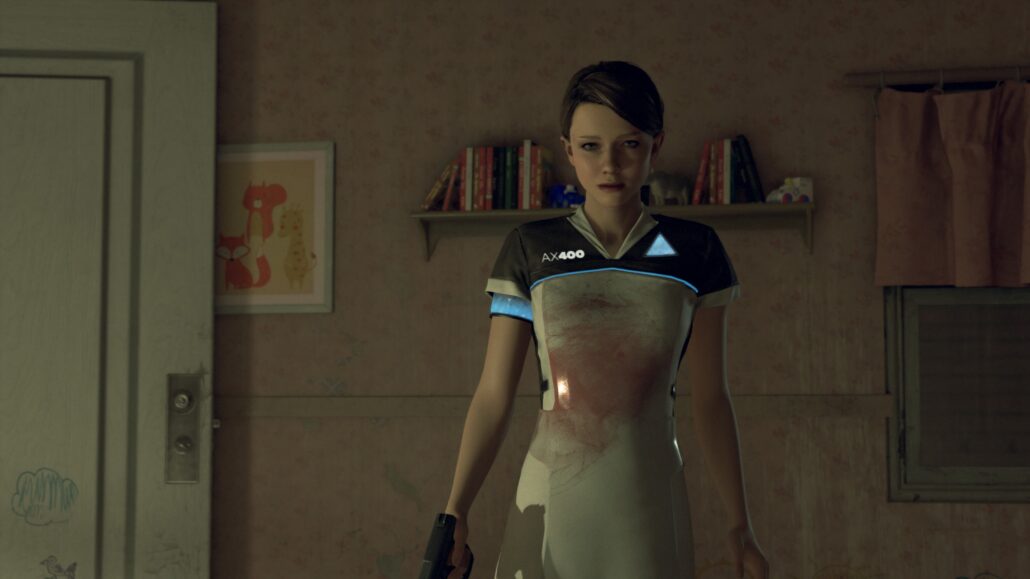 Detroit: Become Human is about breaking free from conventions and writing your own story. However, as is true for David Cage’s other titles, this is only a half-truth. No matter how much you veer off-course and try to see your android companions off to an early end, there are times when the story continues on. The illusion of choice is a common theme for Quantic Dream’s adventure titles, giving the promise of playing the game however you desire but always having an invisible fence to keep you on track. I noticed this the most with playing as Connor and undergoing his investigations with a human detective that sees him as a nuisance rather than a partner for most of Detroit: Become Human. Failing to track down a lead or solve a case does little to impede the story and the game finds creative ways to keep the player on the right mental path despite their failures.

The outcomes that can have a rippling effect upon the player’s story are often clearly marked in Detroit: Become Human. Affinity levels are clearly presented (and readable on the flowchart for each chapter) and actions that impact the story are clearly marked by a glowing yellow symbol. The flow chart is a relatively new concept for Quantic Dream and does a fantastic example of showing the player what could have been if they reacted a bit differently without spoiling any of the surprises (and for completionists, helps to track what they've already seen and done). Entering an android’s ‘Mind Palace’, a pseudo-detective mode that highlights everything in reach that can be interacted with, can help guide players in the right direction. 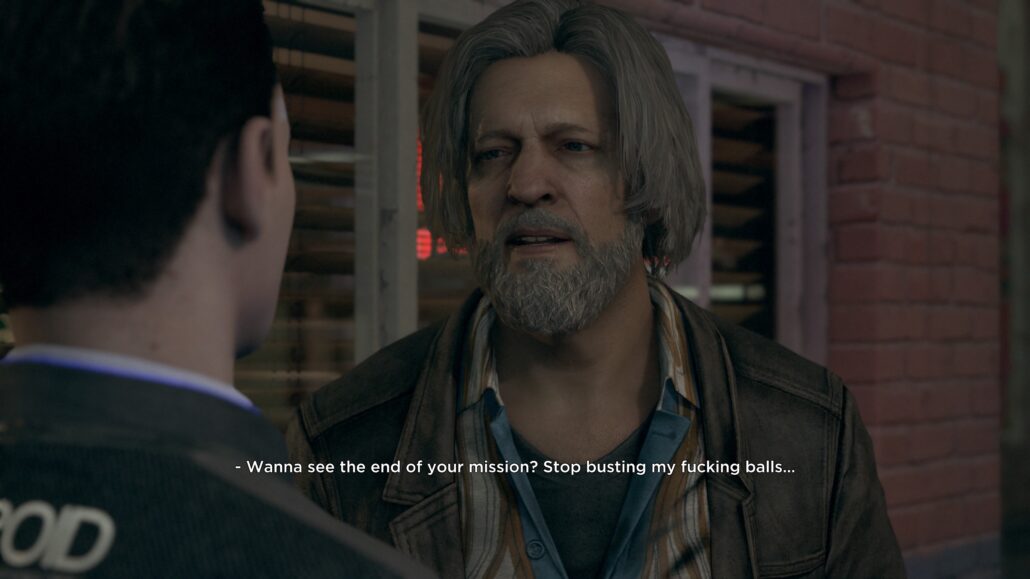 Sometimes a small event, such as opening a window or taking a sidepath, can carry on into future chapters and it won’t be immediately clear what sort of impact your choices will have the first time you play through Detroit: Become Human. Repeated playthroughs of just one scene or the entire story can easily expose that framework of an otherwise magical experience to show just how little agency the player has over pushing the story in either direction. There’s a story to be told in the streets of Detroit, but David Cage wants to make sure you are being told it the way he wants to. Even if Markus isn’t well-respected within the faction he becomes a part of, he still plays an important role in the revolution to make androids become recognized as cognizant beings deserving of equal rights as their human masters. 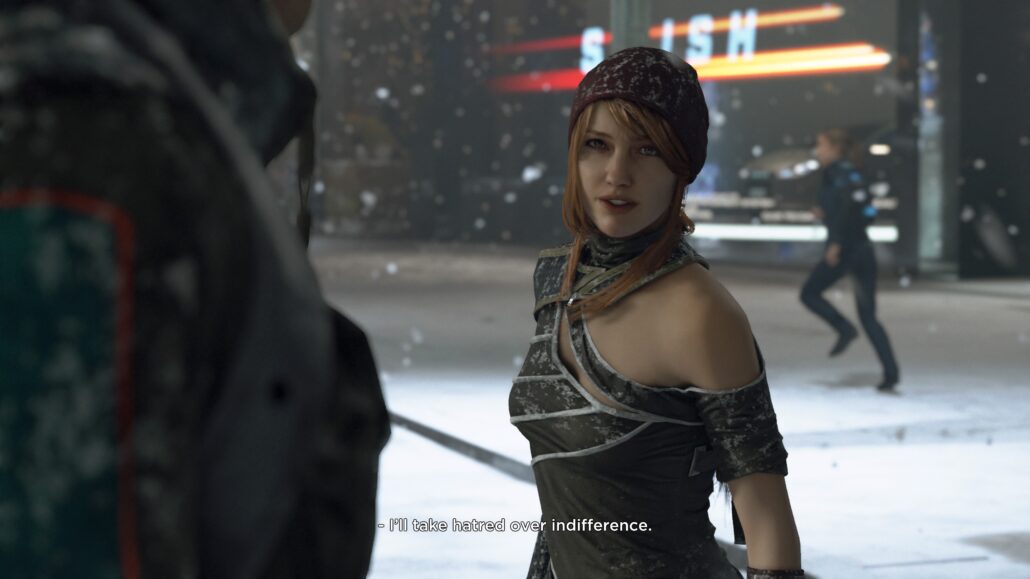 Detroit: Become Human’s actual gameplay follows a very similar mold to that of the previous three Quantic Dream adventures, becoming their signature style much like how Telltale’s framework exists similarly from game to game. Within small, intimate spaces, players are free to explore and interact with the environment solely with the two analog sticks, one to move and the other to operate the camera and point or flick in the indicated direction once near an object of interest. Unfortunately, having both interact and camera control linked to the same stick can often result in stumbling about and swinging the camera to get just the right angle. It’s an obstacle that’s easily overcome with a dedicated camera swapping button on one of the shoulder buttons to swap from one camera to the next like a television show.

It certainly wouldn’t be a Quantic Dream game without the copious use of quick-time events in every suspenseful moment of action. The full range of the DualShock 4 controller is put to use to keep Markus and Kara from being sent to the scrapyard, ranging from brief presses and holds to frantically mashing buttons and tilting the DS4 around during Detroit’s numerous combat sequences. Dropping the difficulty down from Experienced to Casual makes these QTE sequences far more manageable, especially if you’re just interested in enjoying a fine android crime drama. Even on Experienced, there’s such great leniency that you won’t fail a dramatic scene or kill off one of your protagonists without intentionally trying to fail on more than one instance. 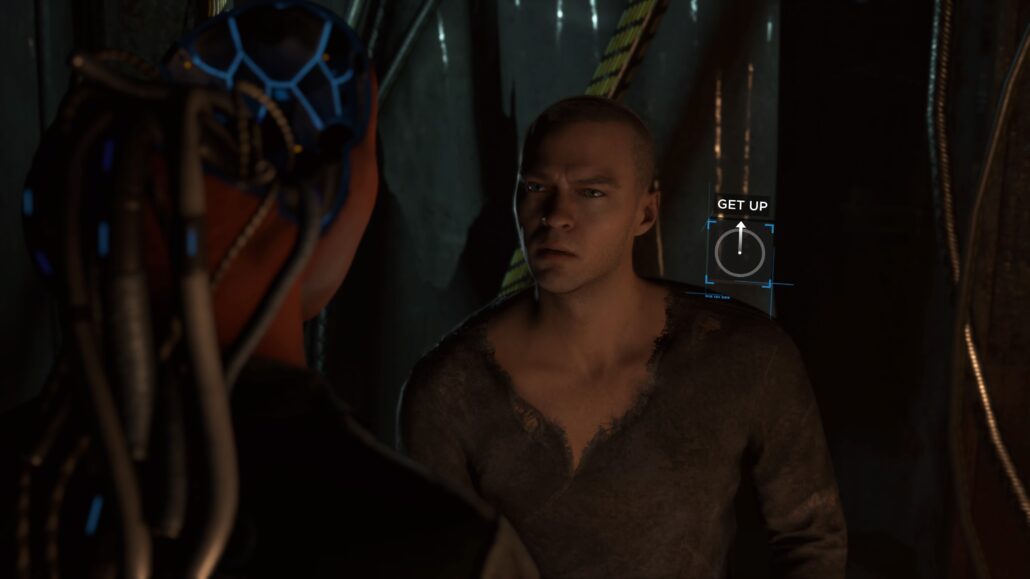 To say that Detroit: Become Human has some incredible character designs would be an understatement. Even as androids, the three playable characters have an impeccable sense of fashion, delving into different urban designs that could easily be spotted in the streets of modern-day Detroit. The facial capture is well executed, with just the right amount of plasticity to the machine-made characters that keep them right where they belong in the Uncanny Valley, while their human counterparts show a bit more emotion to their faces. Connor’s partner on the police force, a grizzled old officer named Hank that’s past his prime and an unmoving grudge against androids, is by far my favorite character in the whole story for their buddy cop dynamic (if by buddies, I mean considering Connor to be a tool and not actually someone to keep around as a friend, much less a robot butler).

There are some great story paths to Detroit: Become Human that can lead to different outcomes, but it's still a Quantic Dream game through and through. Expect a convoluted story that reveals itself through repeated playthroughs, characters that you grow attached to and fear to lose, and enough QTE-driven fights to make your thumbs bleed.