It Takes Two Review – Love is a Multi-Genre Thing

Hazelight Studios founder Josef Fares certainly doesn’t lack ambition. His last game, A Way Out, was an innovative and affecting co-op crime drama built on an indie budget, and his latest project, It Takes Two, pushes things even harder. In Fares’ own always-colorful words, his new puzzle-platformer-shooter-dungeon-hack-flight-sim-rom-com (to mention just a few of the genres it dabbles in) is “f--king nuts,” and I’m inclined to agree. This may legitimately be the most wildly varied video game ever made.

Of course, grand ambitions don’t always pay off, and “f—king nuts” could just as easily be a negative description as a positive one. Is It Takes Two a mad triumph or will you need a therapy session by the time you finish playing it? Time to hop into Hazelight’s latest co-op caper… 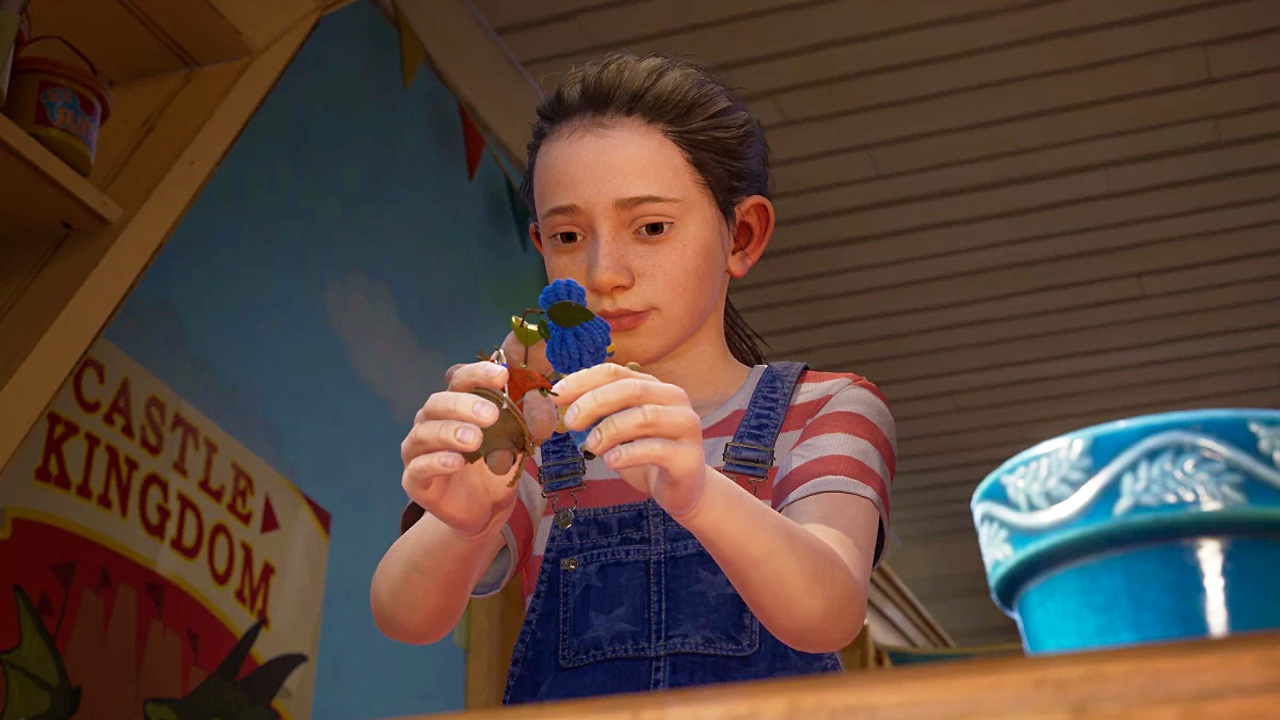 It Takes Two casts players as Cody and May, a couple trudging toward a seemingly-inevitable divorce, much to their young daughter Rose’s dismay. Ah, but there’s a touch of magic in the air, and when Rose cries on doll versions of her parents she’s secretly created, they awake in the toys’ tiny clay and wood bodies. Cody and May will need to mend their relationship to return to normal, and they’re guided toward this goal by a manic living self-help book named Dr. Hakim. It Takes Two definitely doesn’t tell as cohesive a story as A Way Out, but it has plenty of heart. Cody and May are mostly likable (one very distressing scene with a stuffed elephant aside), Dr. Hakim, voiced by Josef Fares himself, is a hoot, and the game’s messages about family and relationships feel sincere.

It Takes Two is divided up into several chapters, each of which boasts its own theme (a child’s bedroom, the inside of a snow globe, a tree filled with militant wasp-hating squirrels, etc.) and grants Cody and May exclusive, usually complimentary, abilities. For instance, in one chapter Cody gets a gun that can coat things with sticky tree sap and May gets her own gun that will cause the sap to explode, while in another level Cody has the ability to manipulate time and May can create a clone that isn’t affected by the timeshifting. Each level is packed with impressive, unique sights and runs smooth as silk on the PS5. Hazelight punched above their weight visually with A Way Out, but they’re in an all-new class now. 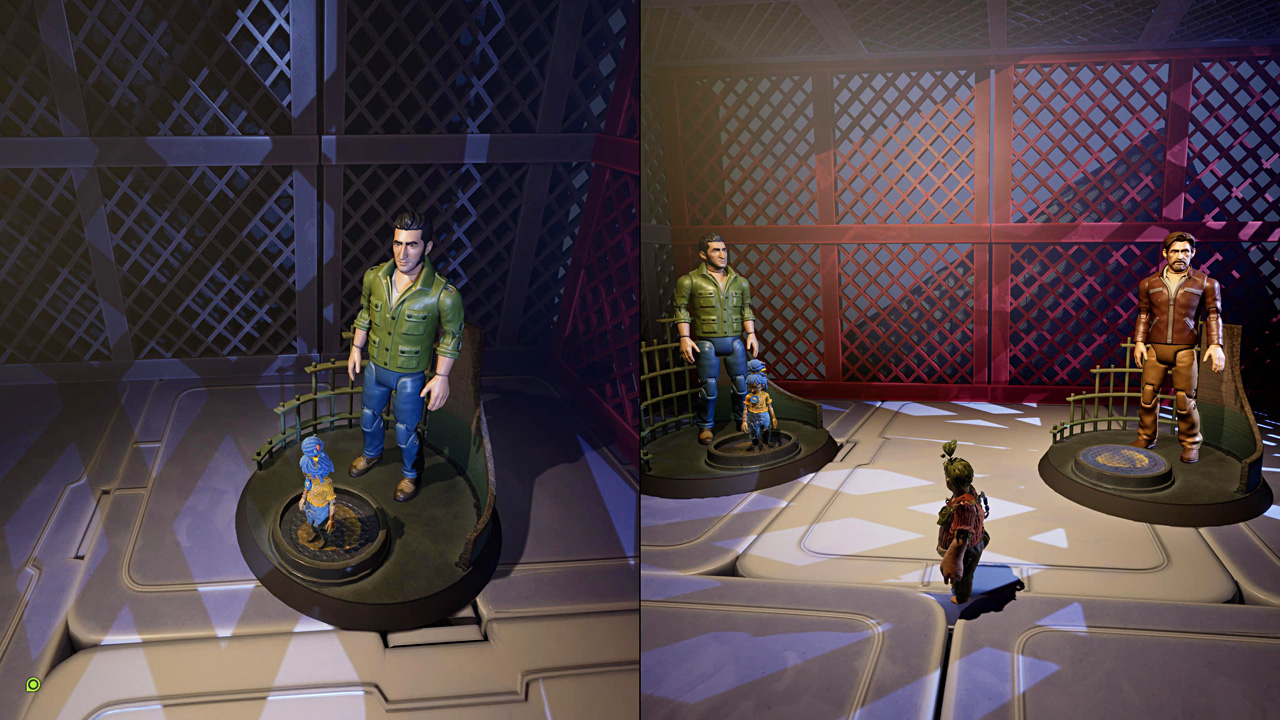 Now, if It Takes Two just changed things up with each new chapter, it would still be an impressively varied game, but Hazelight has gone much further than that. The game constantly bounces between different ideas and genres within each chapter, rarely sticking with one mode of play more than a few minutes. Within a single 30 or 40-minute span you might find yourself shooting down killer wasps, solving complex puzzles, piloting a makeshift boat, jumping on jellyfish, fighting, then riding, a huge rhinoceros beetle, flying a glider made of your own underwear, engaging in hand-to-hand combat on the top of said underwear glider, and finally, taking on a multi-stage boss battle against a giant robotic wasp queen. The whole game is like this, folks! Oh, and did I mention there’s also dozens of fun little Mario-Party-style minigames strewn throughout all this craziness? There’s a lot going on here.

Now, you might think all this experimentation and genre-hopping means It Takes Two is a case of “jack of all trades, master of none,” but surprisingly, that’s not really the case. Hazelight does an exceptional job of making its many types of gameplay playable, fun, and easy to jump into. Some minor camera issues during certain boss fights and combat sequences were the only real irritation I came across. 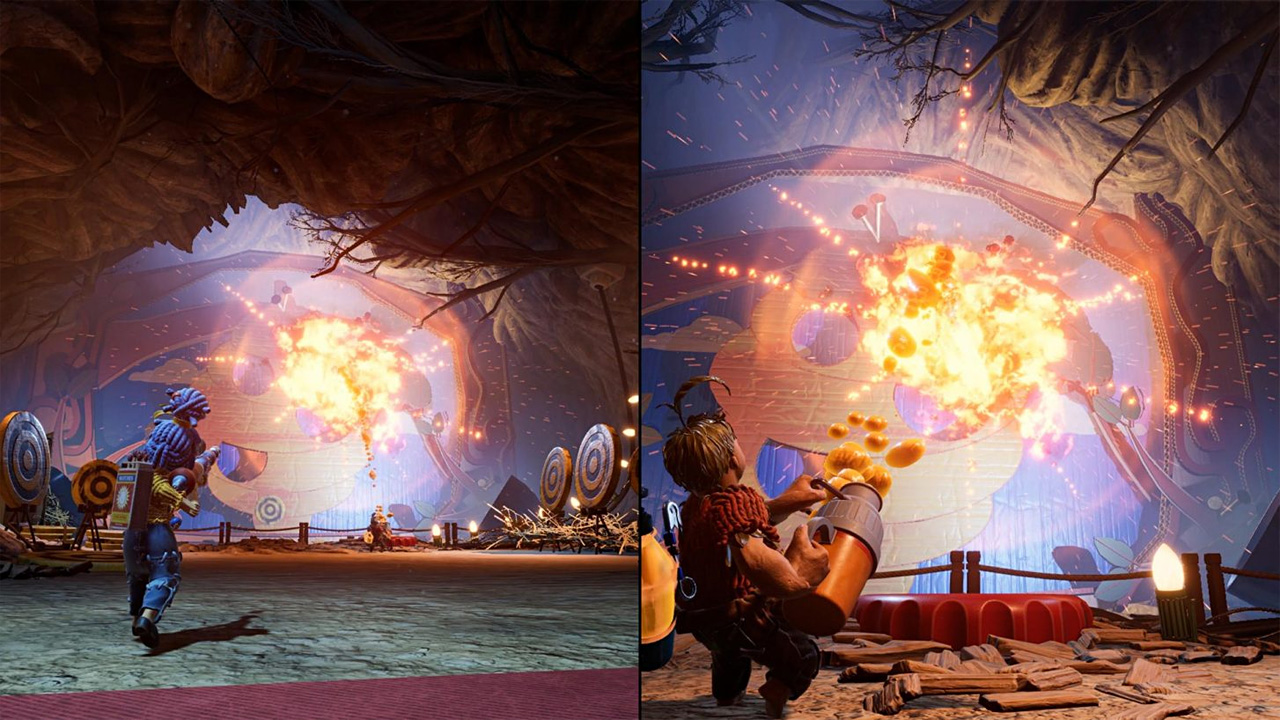 That said, while almost all of It Takes Two’s puzzle pieces are well crafted, they don’t always fit together quite like they should. The game’s challenge level is inconsistent, particularly when bosses show up. Most of the game focuses on puzzle solving and relatively low-stress challenges with generous checkpoints and no enemies to worry about, but bosses can be tough. Perhaps a bit too demanding for those who might be playing with a spouse or friend who’s on the more casual end of the spectrum (kudos to my wife for toughing out some of the more hectic battles).

There’s also the deeper issue that tackling 101 different genres inevitably means people simply aren’t going to like parts of your game, even if you pull them off. It Takes Two turns into a dungeon-hack RPG for one section, which was super clever and objectively well done, but I was just waiting for it to be over as I’m really not that into Diablo. For all of It Takes Two’s crazy diversions, I was still more impressed by A Way Out, as it managed to deliver a wide range of creative experiences while sticking to a consistent theme. I feel like that’s more of an achievement than just flipping the channel every five seconds. 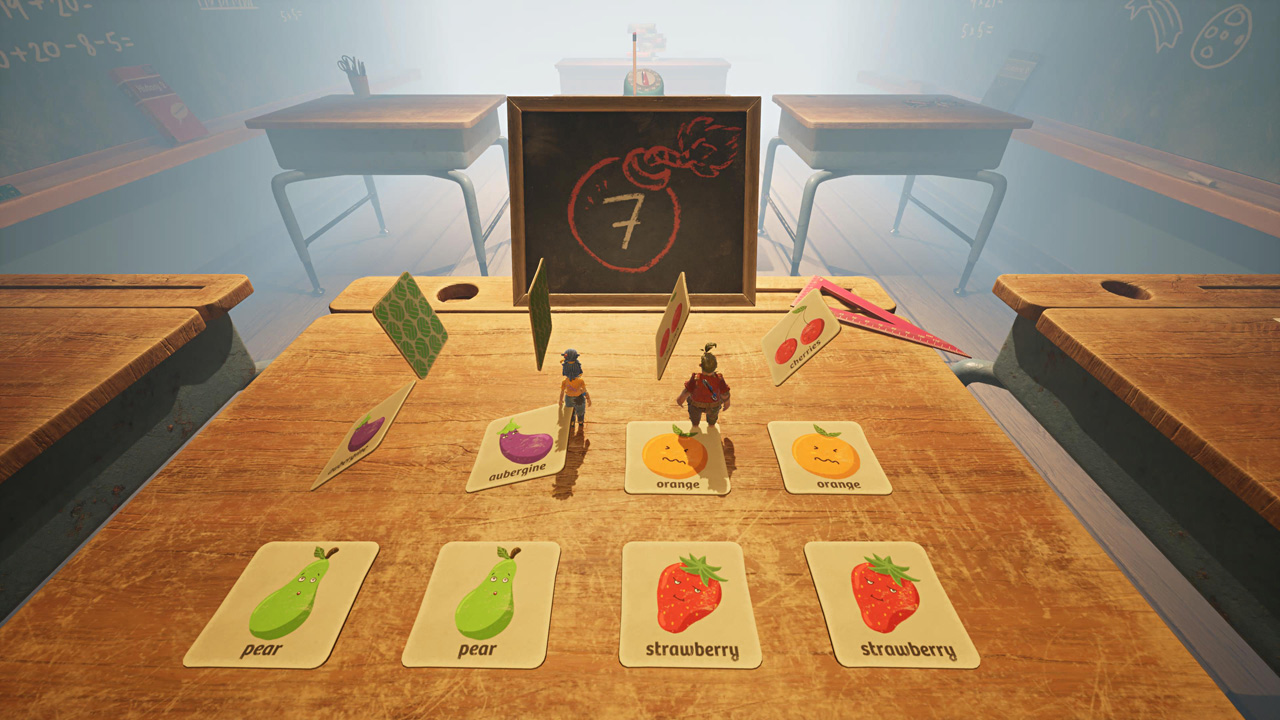 It Takes Two is crying out for a bit of editing. “It does everything!” is the game’s selling point, I get it, but Hazelight stuffs in so much they start to hurt their narrative. Around halfway through the game it feels like the story is approaching an emotional climax, and then it’s yanked away as you’re informed you have to play through four more chapters in order to collect a series of MacGuffins. The story eventually sinks its hooks back in, but it takes some time to recover. Bits that really should be short, amusing diversions, like the war between the squirrels and wasps, are stretched into multi-hour chapters that throw off the game’s momentum. This is a 15-hour game that would probably have been better at 10 to 12 hours (which still would have made it twice as long at A Way Out). 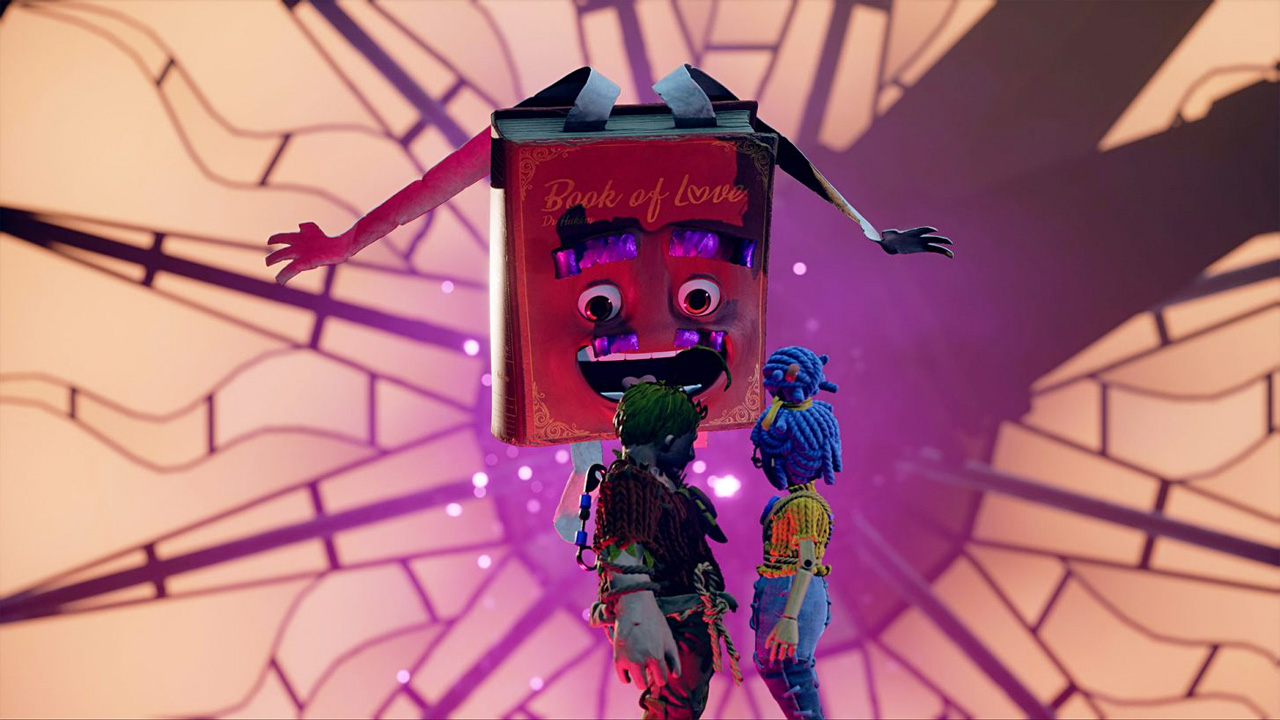 Don’t get me wrong, I don’t want to give the impression I didn’t like It Takes Two. I had plenty of fun with the game and give Hazelight a ton of credit for what they’ve managed to pull off, but I thought A Way Out was a near-masterpiece, and It Takes Two is just a little too messy to reach those heights. In the end, this is a bountiful buffet that should leave most satisfied, if not a bit overstuffed.

This review was based on a PS5 copy of It Takes Two provided by publisher Electronic Arts. You can grab a copy of the game here.