Shadow of the Colossus Review: A Classic Remade

Shadow of the Colossus

If you’re one of those who ever considered the original Shadow of the Colossus a work of art, then consider the remake by Austin, Texas based developer Bluepoint Games as a well-done replica, pretty much indistinguishable from the real thing.

The big question is whether or not the remake of a remastered game from seven years ago can still hold up after all this time? Turns out that Shadow of the Colossus is just one of those games can stand the test of time and most importantly, can impress someone who's played this game twice before. 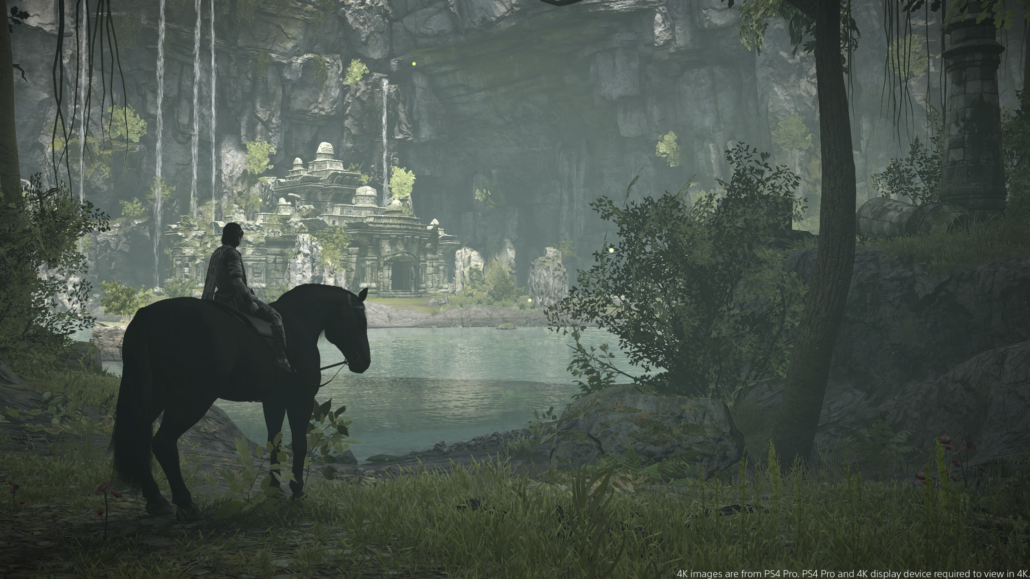 You play Wander, a young man looking to do the impossible. In order to bring back a loved one back to life, the young adventure must head into an old forbidden land and slay sixteen gargantuan colossi. With each Colossus that he brings down, Wander becomes one step closer to conquering death with the help of a disembodied voice guiding his way.

Even if you already played this game before, this remake still manages to capture monumental impossibility of your mission. Even more so when you encounter your first Colossus. Armed with just a bow and a magic sword, the scale of the colossi is simply jaw-dropping. You often wonder to yourself, “How the hell am I going to kill this thing?”

Each fight is essentially a puzzle that needs deciphering. Every Colossus has a weak spot, sometimes it's on top of its head, or the back of the leg, etc. The first thing you need to find out is where those points are, then how exactly you’re going to climb the beast and stab it while avoiding getting stomped on or tossed across the land like a rag doll. You may have to run up a massive sword after it strikes the land or use your horse to time the perfect job onto one of these speeding giants. 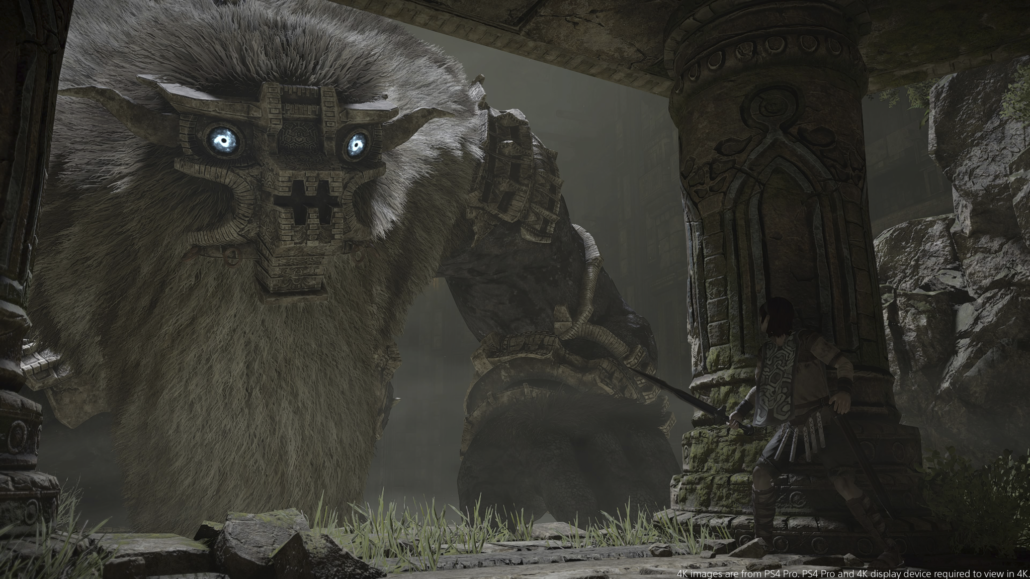 Climbing onto these behemoths requires smart use of the game’s grip system. While I praised Shadow’s improved control scheme earlier, I still found myself at odds with the climbing mechanic. There are times where you could have sworn that you tried to grab onto a ledge only to have you come up short and fall to your embarrassing, not to mention anti-climatic, doom. Somehow even after all this time, it still adds a level of drama and tension to each jump where you end up crossing your fingers and hoping for a miracle as it brings you closer to driving your sword deep into the beast's glowing weak spot. The camera, on the other hand, did not endure the test of time. It’s jerky and cumbersome in tight spots.

The gameplay loop for Shadow of the Colossus is simple, you ride around your trusty horse, Agro, from boss fight to boss fight. This works really well because the world that you explore has this quiet desolate beauty to it. There’s a sadness to this dead world that you can't quite put your finger on. Each fight feels strangely intimate as much as the way environments shift from barren deserts to thick forests where the light finds a way to peek through the trees. Bluepoint Games did a masterful job of managing to improve an already gorgeous game.

The addition of the photo mode allows you to bring out your inner auteur. The photos options allow for some killer photos you probably would end up putting as the background for your desktop. You’d regret not taking a shot squaring off against one these titans with a cool black and white filter. 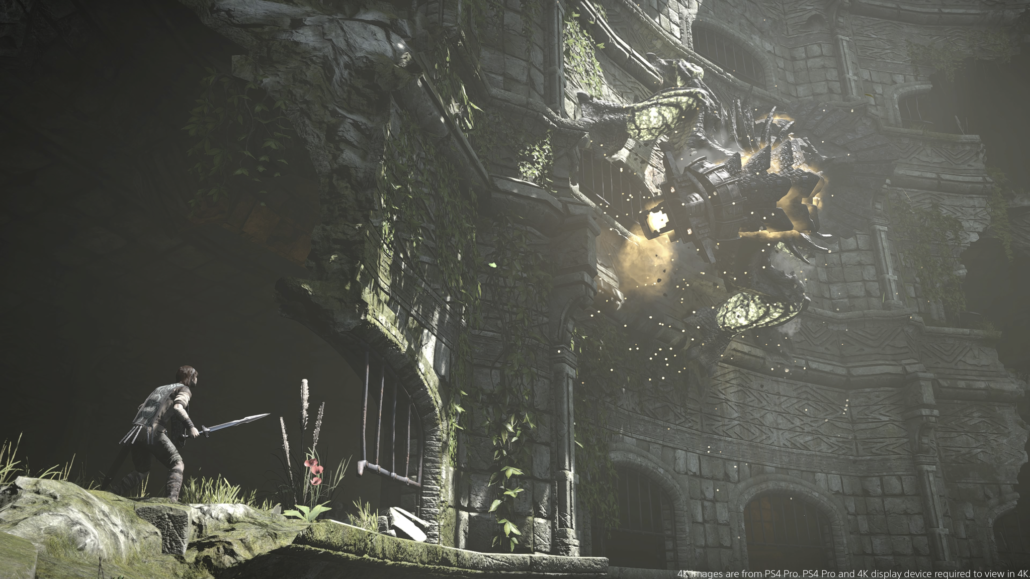 If you’ve got a PlayStation 4 Pro, you can choose from Cinematic and Performance modes with full 4K resolution and HDR support running at a solid 30FPS. Performance makes the game run at buttery smooth 60FPS.

Shadow of the Colossus is arguably one of the most incredible modern video games ever made; it's one of the very few games where every part of the game's design work perfectly in tandem with one another. Both the gameplay and environmental storytelling still hold up after over 12 years from the original release on PlayStation 2 and the updated graphics are absolutely incredible on PlayStation 4 Pro. Shadow of the Colossus is still a majestic and compelling adventure through a gorgeous world that constantly leaves you in a state of awe.

Shadow of the Colossus is an excellent remake of one of the most critically acclaimed video games in history. This should be in the library of any PS4 owner.