Rumors of Agent 47’s demise have been greatly exaggerated. In early 2017, Square Enix announced they were ditching developer IO Interactive and the Hitman series along with them. Square Enix casting off a talented developer and a property with multiple successful entries and a couple Hollywood movies to its name certainly came as a shock, and fans were, quite rightfully, concerned for the future of the series. Thankfully, after a period of uncertainty, Warner Bros. Interactive stepped up to publish Hitman 2, which had already begun development under Square Enix ownership.

Needless to say, a lot is riding on Hitman 2. The fate of both a developer and a long-running franchise may very well hang in the balance. So, has IO Interactive delivered yet another rock-solid stealth game? Or does Hitman 2 miss the mark?

Hitman 2 is a direct sequel to the 2016 episodic series, and its story is every bit as incomprehensible. Various shadowy figures and organization compete to achieve uncertain goals, alliances are formed and broken seemingly at random, and people spend a lot of time saying dramatic things while staring out rain-soaked windows. It’s the worst kind of tedious spy story. Very roughly speaking, Agent 47 is trying to figure out the motivations of the Shadow Client, who’s been using our titular hitman as a pawn in his campaign against a secret world-manipulating organization known as Providence. Not to give too much away, but both the Shadow Client and Providence have ties to Agent 47’s mysterious past, but even that doesn’t add much excitement to the story. Agent 47 just isn’t a very interesting character, so I didn’t particularly care to learn about his origins.

I’m being pretty hard on Hitman 2’s story, but the good news is that it doesn’t really matter. The overarching plot is largely disconnected from what you do in the game’s missions, and the little stories and the background info you collect on your various targets actually is interesting. Feel free to ignore Hitman 2’s story and just have fun in its new murder playgrounds.

Another thing holding back Hitman 2’s story are its cutscenes, which consist of mostly-static images. Overall, the game’s presentation is a mixed bag – some of the Hitman 2’s locations are quite attractive, but character models and animations are rough, and the game’s voice acting mostly misses the mark (the New Zealand accents from the game’s first stage are particularly cringey). Hitman 2 tries to present a triple-A front and sometimes pulls it off, but some cracks show through the facade.

If you’re new to the Hitman series, you may initially find its reputation as a top-tier stealth franchise a bit perplexing. The games lack a lot of the features standard in other stealth games, like an actually-useful minimap or vision cones and other indicators to let you know when you’re about to be detected by enemies. Hitman 2 does add a few new mechanics to the series, but a lot of them, like being able to hide in foliage and crowds, are things other stealth games have been doing for years.

So, is Hitman 2 a bad stealth game? No, but don’t expect the type of full-on stealth-action experience you would get in, say, a Deus Ex or Metal Gear Solid title. In some respects, the Hitman series has more in common with classic point ‘n’ click adventure games. Surviving Hitman 2’s sneaky sequences requires keen observation, patience, and clever use of your inventory of wacky items, rather than split-second timing. It may take a bit of getting used to, but it’s actually a more accessible approach to the genre. Even those who aren’t great at stealth games may find themselves enjoying Hitman 2.

Ultimately, the real strength of the Hitman series is its level design, and Hitman 2 serves up some of IO Interactive’s best locations to date. These new stages are varied, complex, and feel genuinely lived in. Standouts include a teeming, tacky Miami racetrack, a gorgeous, yet vaguely sinister Vermont suburb, and a New Zealand beach house straight out of a David Fincher movie. Of course, they can’t all be winners – while perhaps true to life, I found the Mumbai stage a touch too chaotic for its own good.

Each of Hitman 2’s assassination missions can be tackled from multiple angles, with plenty of opportunities to claim kills in ways the developers didn’t necessarily intend. This may be a bit intimidating at first, but you’ll never get too overwhelmed. Hitman 2 includes Mission Stories (“Opportunities” in the previous game) that, when followed, will partially guide you through the steps required to execute a specific assassination. As mentioned, the game’s map system is pretty janky, but even the directionally-challenged will eventually find their way to their target. Of course, advanced players who want to screw around on their own terms are free to ignore the Mission Stories tab.

Unfortunately, Hitman 2’s mostly-excellent level and mission design is sometimes hampered by glitches, wonky NPC behavior, and a general lack of polish. The game auto-saves frequently, so this isn’t a huge problem, but there were times I found myself frustrated, not realizing I had stumbled on a bug. In one case, I spent a solid half an hour fruitlessly running around, because a character didn’t drop a key item after I knocked them out. This kind of stuff is more common that it really should be.

Efficient executioners can blitz through Hitman 2’s campaign in around 10 hours, but you could easily triple that if you’re dedicated to tackling all the missions from every possible angle. Hitman 2 also serves up Elusive Contracts and other free content on a regular schedule, and two new multiplayer modes. Sniper Assassin is a simple, yet fun co-op shooting gallery, while the PvP Ghost Mode repurposes existing content and is primarily for hardcore fans. Neither mode is a game-changer, but they’re welcome little additions. Hitman 2 packs in enough stuff to kill your free time for weeks, or months, to come.

This review was based on a PS4 copy of Hitman 2 provided by publisher Warner Bros. Interactive. You can purchase the game for PlayStation 4 or Xbox One via Amazon and for PC via Green Man Gaming (with a 15% discount). 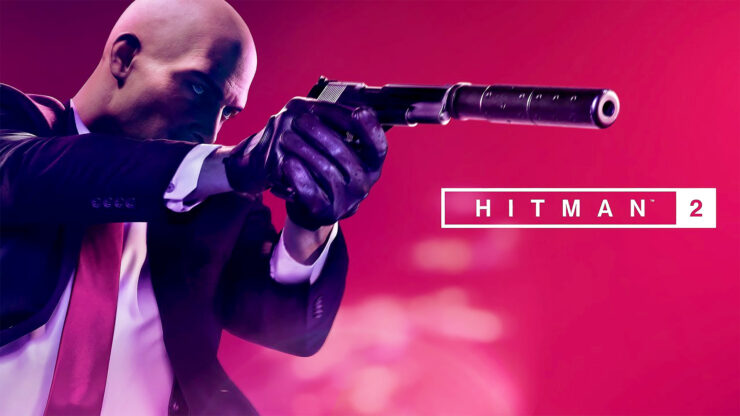 Hitman 2 is yet another well-executed entry in IO Interactive’s killer franchise. The game lacks some of the refinement expected of a world-class assassin, but the top-notch level design and some small, but key improvements to the series’ core mechanics more than make up for a few presentation and polish issues. Hitman 2 isn’t quite the shot to the heart it could have been, but it’s close enough to count.