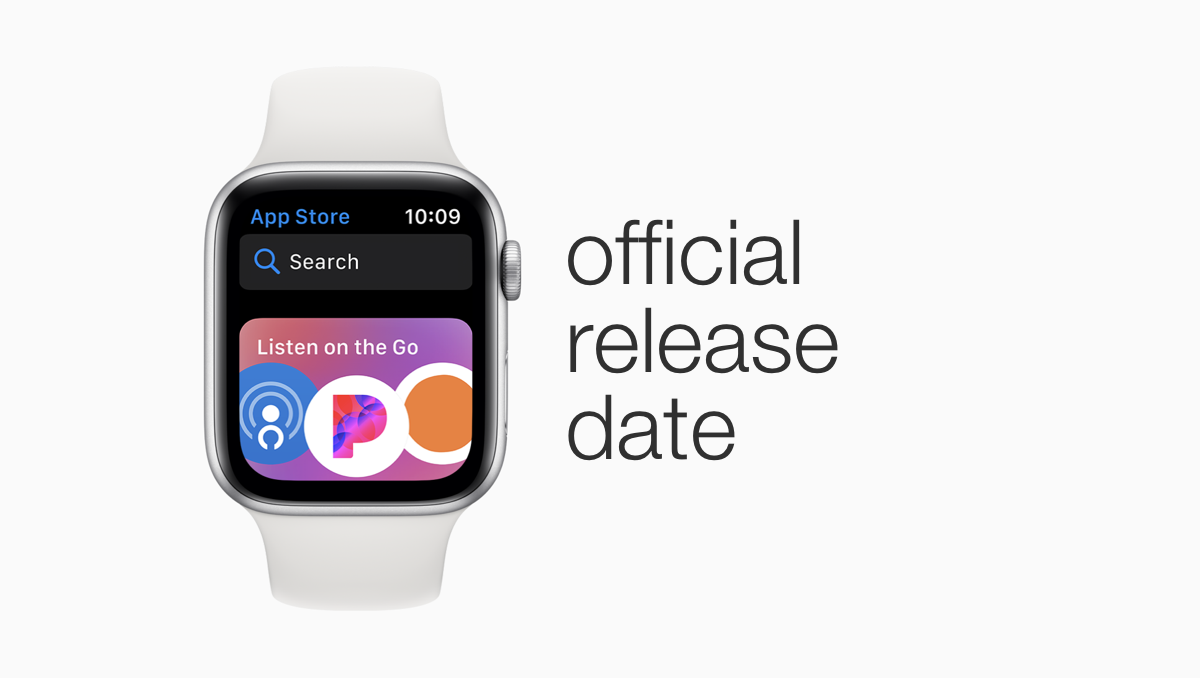 Fans of Apple Watch should get ready as watchOS 6 release date is now official and set for September 19th, according to Apple.

If you are a huge fan of the Apple Watch then it is highly likely that watchOS 6 has been on your radar for a long, long time. Announced back in June at WWDC and set for release in the fall, Apple has announced that the software update for Apple Watch users will be available for download on the 19th of this month, which is just a few days away.

In case you have forgotten, watchOS 6 is packed with significant new features that will surely resonate well with fans around the globe. It comes with even more watch faces so you can choose the look which suits you the most. There are new complications this time around that go far more into detail, such as the loudness level around you, cellular signal strength and more. There is an enhanced version of Siri for Apple Watch which allows you to do stuff which you couldn’t from your wrist, such as recognizing a song.

If that doesn’t appease you at all, then you will be surprised to learn that there is a brand new App Store for the Apple Watch that has dedicated apps without the need of having an iPhone counterpart. In other words, these apps are completely independent and live in a world of their own, something which many users have been asking for.

There’s even a calculator backed into watchOS 6, so you can quickly tap away on numbers and get answers without having to pull out your iPhone. And of course, there are the usual Activity related updates that motivate you to move around and stay fit.

There are a ton more features that are waiting to be discovered and we’re sure users are going to love them. You just have to wait till September 19th in order to get hold of these features. If you are a registered developer with Apple then you can go ahead and download watchOS 6 GM right now on your compatible Apple Watch. Keep one thing in mind - you will need an iPhone running iOS 13 in order to grab the update over the air. If you don’t, then you are basically out of luck.