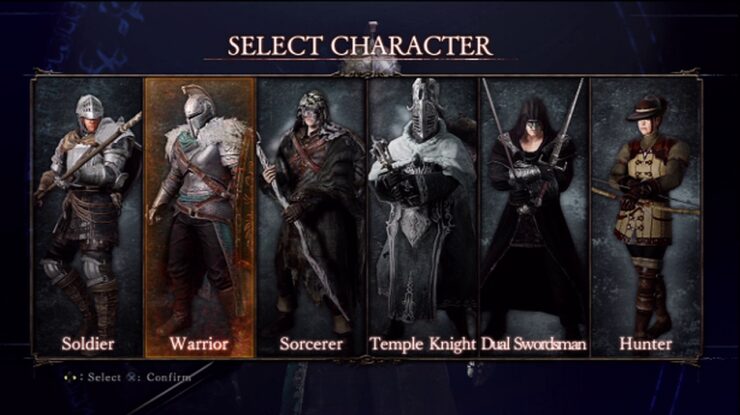 Character classes might be one of the most widespread video game conventions these days, but that doesn't mean every creator is on board with it. Renown game designer Warren Spector, for example, openly said in a recent interview with Gamespot he doesn't understand why his fellow developer colleagues use them so often. He likens them to a relic of the past, created for Dungeons & Dragons (the tabletop roleplaying game) because there was no other choice at the time.

I don't want to say I'm not a fan. There are a lot of games where that kind of progression you're talking about make sense, skill trees and there are still people who think character classes are a great idea. Again, one of the hallmarks of the immersive sim is it's about you in the world. You the player, not your little 64-pixel-tall avatar or whatever. It's about you making the decisions that you feel are appropriate to the situation. So the most important thing to me is each player's individual playstyle driving the experience. Having said that, we do have, just like we had an in Deus Ex and in other games, body augmentation and fighting modifications.

[...] In this game, and in other games like it, you develop a character is through your inventory. You're going to be acquiring things throughout the game. The tools you create will allow you to interact with our world simulation and our enemies in unique ways that, again, serve your playstyle.

I don't understand why video game developers use character classes. I guess it's simple for people to understand "I'm a fighter, I'm a healer, I'm a mage." It's probably sensible and there's a reason why I'm kind of the "King of the Cult Classics," and haven't sold 100 million copies of a game ever. But character classes and all those secret di roles were the best simulation tools that Gary Gygax and Dave Arneson had at their disposal when they created this whole role-playing thing. And we have better tools now. I don't get it. As a player, sure, I'll play a game that has character classes, but I'm not a huge fan.

In the quote above Spector was referring to System Shock 3, of course. Announced in late 2015, System Shock 3 is in development at Otherside Entertainment. A brief pre-Alpha gameplay trailer appeared a couple of weeks ago, though it'll be a long while before we get more details about the game as Spector said in the aforementioned interview it'll be about nine months before he can talk about what makes System Shock 3 stand apart from other games.

That rounds up to June 2020, suggesting we'll have to wait for the next E3. With regards to character classes, though, do you agree with Warren Spector? Should game developers refrain from using them when possible? Let us know in the comments.