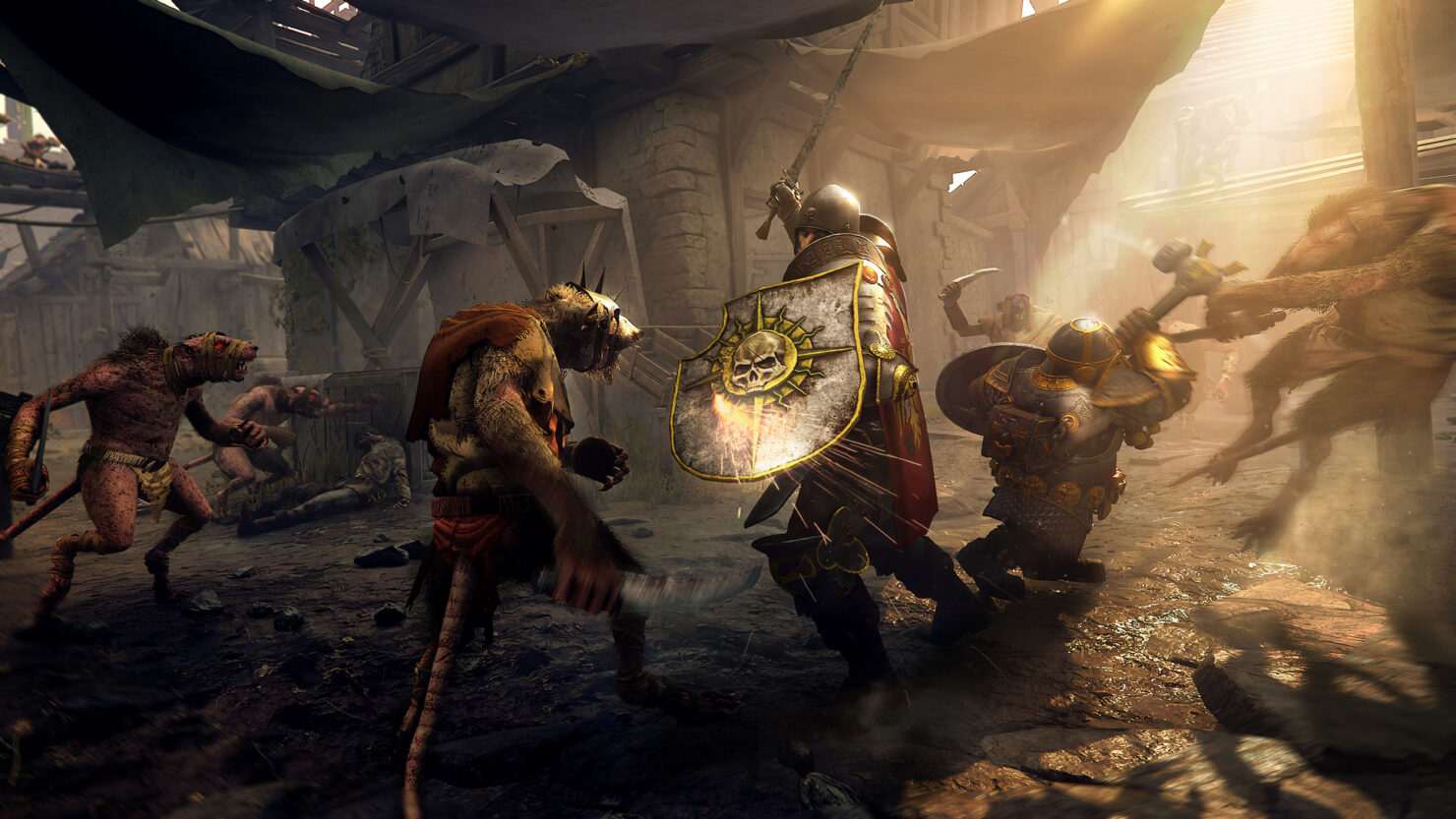 Warhammer Vermintide 2 is now free to play on both PC and Xbox One for this weekend, as announced by Fatshark. The whole game will be available until September 3rd, including the newly released Shadows Over Bogenhafen DLC. Vermintide 2 is also 50% off during the same time.

We are excited to bring Steam and Xbox One users the chance to play Vermintide 2. This will be a good opportunity to get into the battle and help the Heroes fend off the Skaven and Chaos hordes.

The corruption has spread to Bögenhafen. The wealthy city of Bögenhafen thrives on its merchant trade, attracting commerce via its appealing harbor and bustling marketplace. Gold flows through the city along the River Bögen, but this trading hub is also a ripe target for Nurgle corruption.

The legendary Chaos runesword, the Blightreaper, has returned to the Empire. After its wielder, Droog Warfiend, perished in the breach at Bögenhafen, the blade was sealed away in a Sigmarite temple in the Göttenplatz district.

The legendary Chaos runesword, the Blightreaper, has returned to the Empire. After its wielder, Droog Warfiend, perished in the breach at Bögenhafen, the blade was sealed away in a Sigmarite temple in the Göttenplatz district.

But alas, the town was gripped by the blade’s corruption and now faces the threat of utter annihilation. If Bögenhafen is to be saved, the Blightreaper must be seized and unmade – if such a task is even possible.

North of the River Bögen is the Pit – a dangerous and filthy slum laden with crime and disease. It is here that the heroes must find the source of the Nurgle infection which ails the town. Sources tell that a local gang of thugs may be involved in spreading the corruption somehow, but only one thing is for certain: only the very brave or very foolish would venture into this area after dark.

The findings in the Pit take the heroes to the Göttenplatz, also known as the Square of the Gods. To reach the temple of Sigmar they must traverse through streets and sewers both – a journey made especially strenuous by the joint forces of the Rotbloods and their Skaven allies, Clan Fester. If they are to save the city from ruin, they must find and seize the Blightreaper which lies within the temple, lest Bögenhafen is forever lost to the spreading Nurgle corruption.