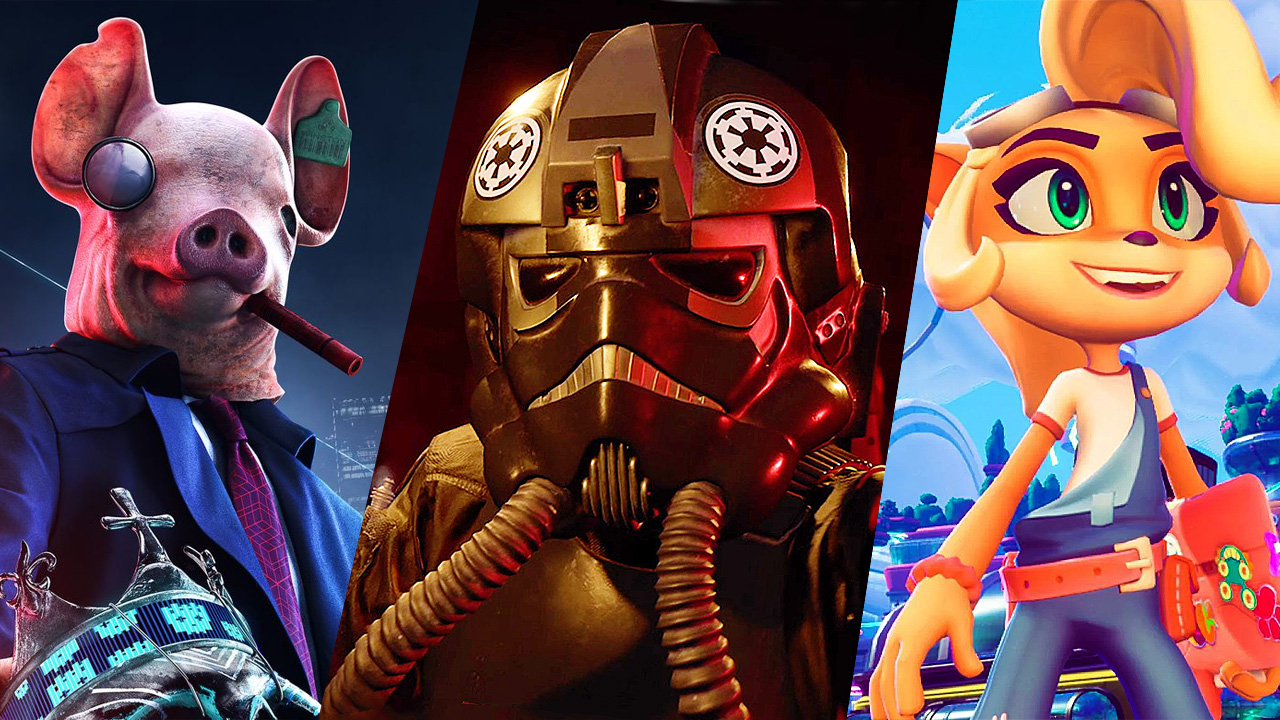 Fall is officially upon us and the video game release calendar is filling up fast. Sony and Microsoft’s next-gen consoles and accompanying games won’t arrive until next month, but October still offers some major releases like Crash Bandicoot 4, Star Wars: Squadrons, and Watch Dogs: Legion. It’s also a particularly busy month for indies, with the ghostly mystery I Am Dead, exorcism adventure Lucifer Within Us, and The Escapists spinoff The Survivalists all being worth a look.

That said, here are the games you should be looking out for in October…

After more than a decade without any new games (remasters aside), everyone’s favorite jorts-sporting marsupial is back with Crash Bandicoot 4: It’s About Time. The new Crash delivers the same linear-3D platforming fans know and love, along with some new powers, and a ton of content – in addition to the game’s core stages, there are plenty of side levels and N. Verted mode, which mixes up levels in creative ways. Crash Bandicoot 4 ought to provide more challenges than several of the classic Crash games combined. Pre-order the game here.

EA’s track record with Star Wars games has been mixed, but they’re looking to end this generation on a high note with Star Wars: Squadrons, a straight-ahead space shooter of a type we haven’t seen in quite a while. Squadrons is a surprisingly-detailed sci-fi space sim, requiring you to manage various systems as you play through battles as both Rebel and Empire pilots. Of course, the real core of the game is multiplayer, as you’ll take on opponents in 5v5 dogfights and full fleet battles. Star Wars: Squadrons may not be the deepest game, but it looks like it might be the closest EA has come to really capturing the excitement of the movies. Look for a review from Wccftech soon. Pre-order the game here.

The most popular sports franchise in the world is back for another round. This has been a weird transitional year for most sports franchises, but EA is still promising new features for FIFA 21, including improved dribbling and attacker movement, more depth for career mode, and more. But hey, if you’re a FIFA fan you don’t need to me to convince you. Pre-order the game here.

A decade ago Amnesia: The Dark Descent helped redefine the survival horror genre, inspiring countless imitators, and now creators Frictional Games are finally producing a proper sequel to the game (Amnesia: A Machine for Pigs was outsourced to a different developer). Amnesia: Rebirth is set in more modern times in the Algerian Desert, but otherwise, it looks to provide the same “sneak and shriek” gameplay of the original. I’m sure certain streamers are practicing their screams already. Pre-order the game here.

After several delays, Watch Dogs: Legion finally arrives later this month. For those who haven’t been keeping up, Legion lets you take on the role of pretty much any NPC you pass on the street in its dystopian London. Go on a mission as a kindly old lady, soccer hooligan, or beekeeper who does battle with high-tech nano-bees, just to name a few. Based on own hands-on time with the game, I can say the “play as anyone” thing is definitely more than just a gimmick. Watch Dogs has always struggled to establish itself as a true top-tier Ubisoft franchise, but this may be its breakout moment. Pre-order the game here.

The first entry in Supermassive Games’ The Dark Pictures Anthology, Man of Medan, showed promise, but was ultimately was too rough to fully recommend. Thankfully, based on some of the footage shown, it seems like they’ve smoothed out the wrinkles for the second Dark Pictures game, Little Hope. The premise is certainly more promising, as the game follows a group of college kids who get stranded in the titular town of Little Hope, which has a dark history of black magic and witch hunting. Of course, the dark deeds of the past cast a long shadow! Pre-order the game here.

Pikmin 3 was, in this humble writer’s opinion, the best reason to own a Wii U. The Pikmin series struggled somewhat over the years to find its true identity, but Pikmin 3 strikes the perfect balance between strategy, puzzle solving, and exploration. Each of the game’s levels are beautiful and wonderfully crafted, with every enemy and secret being perfectly placed for maximum satisfaction. And now the whole campaign can be played co-op with a friend! The Pikmin may be small, but don’t overlook this fantastic adventure. Pre-order the game here.

The title of this one kind of says it all! I Am Dead is a new game from Hohokum artist Richard Hogg and Loot Rascals developer Hollow Ponds. This one looks to have a bit of a Majora’s Mask feel, as you play as a recently-deceased ghost who has to save a quaint ocean village that’s about to be consumed by a volcanic eruption. If you like a good British seaside mystery now and then, I reckon this is the game for you. Here’s the Steam page for I Am Dead.

A new spinoff of The Escapists franchise, The Survivalists trades in those drab prison walls for a tropical paradise, although you won’t be relaxing. Players are tasked with crafting and surviving on their procedurally-generated desert island…with the help of an army of trained monkeys. Don’t worry, the monkeys aren’t your only friends, as you can also team up with three other players for a bit of co-op survival. Here’s the Steam page for The Survivalists.

It’s the perfect time of year for a good old-fashioned exorcism! Lucifer Within Us is a new detective game with a twist, as players take on the role of a “digital exorcist” who must collect clues, interrogate suspects, then plunge into their minds and purge their demons. Despite the edgy concept, Lucifer Within Us actually looks to be a fairly-grounded detective game that promises “real mystery-solving” without “QTEs, random puzzle, or mini-games.” Do you have what it takes to match wits with the devil? Here’s the Steam page for Lucifer Within Us.

Crown Trick is a classic-style turn-based roguelike, featuring a charming, hand-drawn art style. Don’t let the game’s cute look fool you though, there’s plenty of depth here, as players can wield hundreds of unique weapons and relics and build their own combat style using numerous skills and abilities. You’ll need to stay on your toes, as the game offers up over 100 different enemy types, 10+ challenging bosses, and puzzles aplenty. Yeah, roguelikes are a dime-a-dozen these days, but they’re not all created equal. Thankfully, Crown Trick looks like it checks all the right boxes. Here’s the Steam page for Crown Trick.

If you’re fascinated by video game maps (like I am), then this one is for you. Carto’s map is split up into blocks, somewhat like a classic Zelda game, with the twist being that you have the ability to move and turn blocks even as you’re moving through them. You’ll unlock additional map pieces as you progress, and manipulating them will unlock new paths, puzzles, and story moments. Chart a course for adventure! Here’s the Steam page for Carto.

And those are the games you should be keeping an eye on this coming month. What games are you planning to pick up in October? Did I miss anything you’re looking forward to?