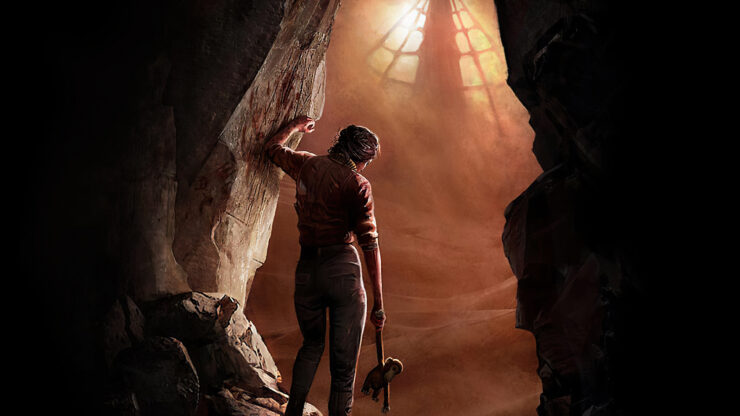 Frictional Games has just released a new Adventure Mode for its horror game Amnesia: Rebirth (on PC; PlayStation owners will get in the next few weeks). The mode removes all life-threatening encounters with monsters and it also eases up on the visual and sound effects that would regularly affect the fear level of protagonist Tasi Trianon.

The environments are also better lit, which should ease up any claustrophobia issues for players. On the other hand, Adventure Mode does add a number of bonus puzzles that should make the game feel more like a 'Lovecraftian mystery adventure novel'.

The game still has its very serious theme and sometimes unnerving ambiance, but the new mode feels a lot more like an Indiana Jones type of adventure in places where it would otherwise be more of a horror experience.

We believe that anyone who loves a good story-driven adventure game will be stoked about this new mode. Not everyone is into horror and we don’t want that to block people from experiencing Tasi’s story. We did something very similar when we released the Safe mode for SOMA. It was extremely well received and opened up the game to a much broader audience, something we hope will happen with Amnesia: Rebirth as well.

To celebrate this addition, Amnesia: Rebirth is now 40% off on Steam, GOG.com, and Epic Games Store, which means that the game's price is down to €14.99.

Francesco rated the horror title 8 out of 10 in Wccftech's review.

Amnesia: Rebirth is a more than worthy new entry in the popular series, and one of the best horror games released this year, thanks to its engaging story, very good writing and unnerving atmosphere that can make playing the game feel almost uncomfortable. And if a horror game manages to achieve this, small issues like a lack of gameplay innovation and limited replay value don't really matter.

Amnesia: Rebirth Will Unleash Its Horrors in Time for Halloween

Amnesia: Rebirth is a Full The Dark Descent Sequel Coming from Frictional This Fall