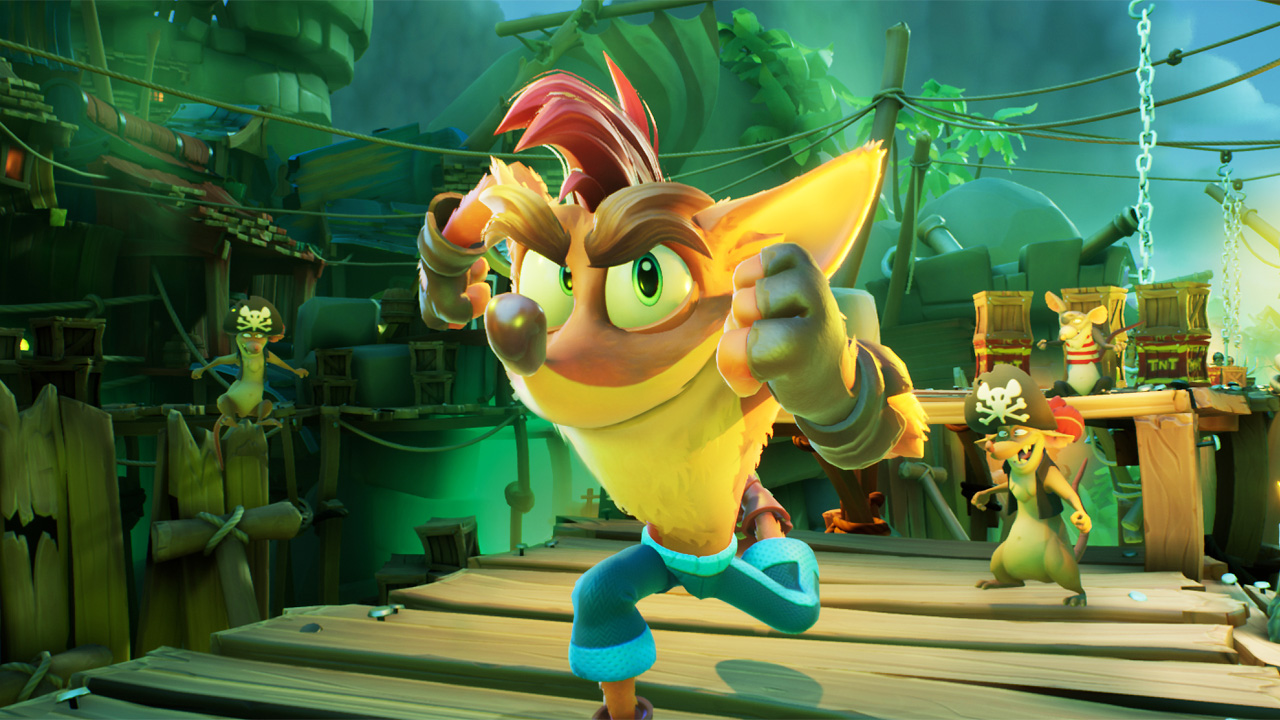 Crash Bandicoot 4: It’s About Time rolled out last year to solid critical and fan acclaim, although your options for playing the game were somewhat limited. Xbox One and PS4 was it – no PC, no Switch, and no dedicated next-gen console versions. Well, that’s all about to change soon! Crash Bandicoot 4 is coming to Xbox Series X/S, PS5, and Switch in March, with a PC release confirmed for later in the year. You can check out new trailer for Crash 4, below.

Crash Bandicoot 4 will run at native 4K and 60fps on Xbox Series X and PS5 and support DualSense features on Sony’s console. Somewhat surprisingly, it will also run at 4K on Xbox Series S, although that will be upscaled 4K. Meanwhile, the Switch version will be 1080p docked and 720p in handheld mode, with both options running at 30fps. Those who already own Crash 4 on Xbox One and PS4 will be able to grab the next-gen updates for free (and transfer their saves). Haven’t tried out Crash Bandicoot 4 yet? Wccftech’s Kai Powell found it to be a fun mix of old and new his full review…

Crash Bandicoot 4: It's About Time is the best Crash title since the original trilogy. The higher difficulty and excessive amounts of collectibles might put off casual players and trophy hunters, but Crash fans already know what they're wanting out of a proper sequel and Toys For Bob has certainly delivered.

Crash Bandicoot 4: It’s About Time is available now on Xbox One and PS4, and spins onto Xbox Series X/S, PS5, and Switch on March 12. The PC version of the game will be available via Battle.net sometime later this year. Activision is also promising “other fun happenings,” including possibly a new game reveal, sometime this year in honor of Crash’s 25th birthday.