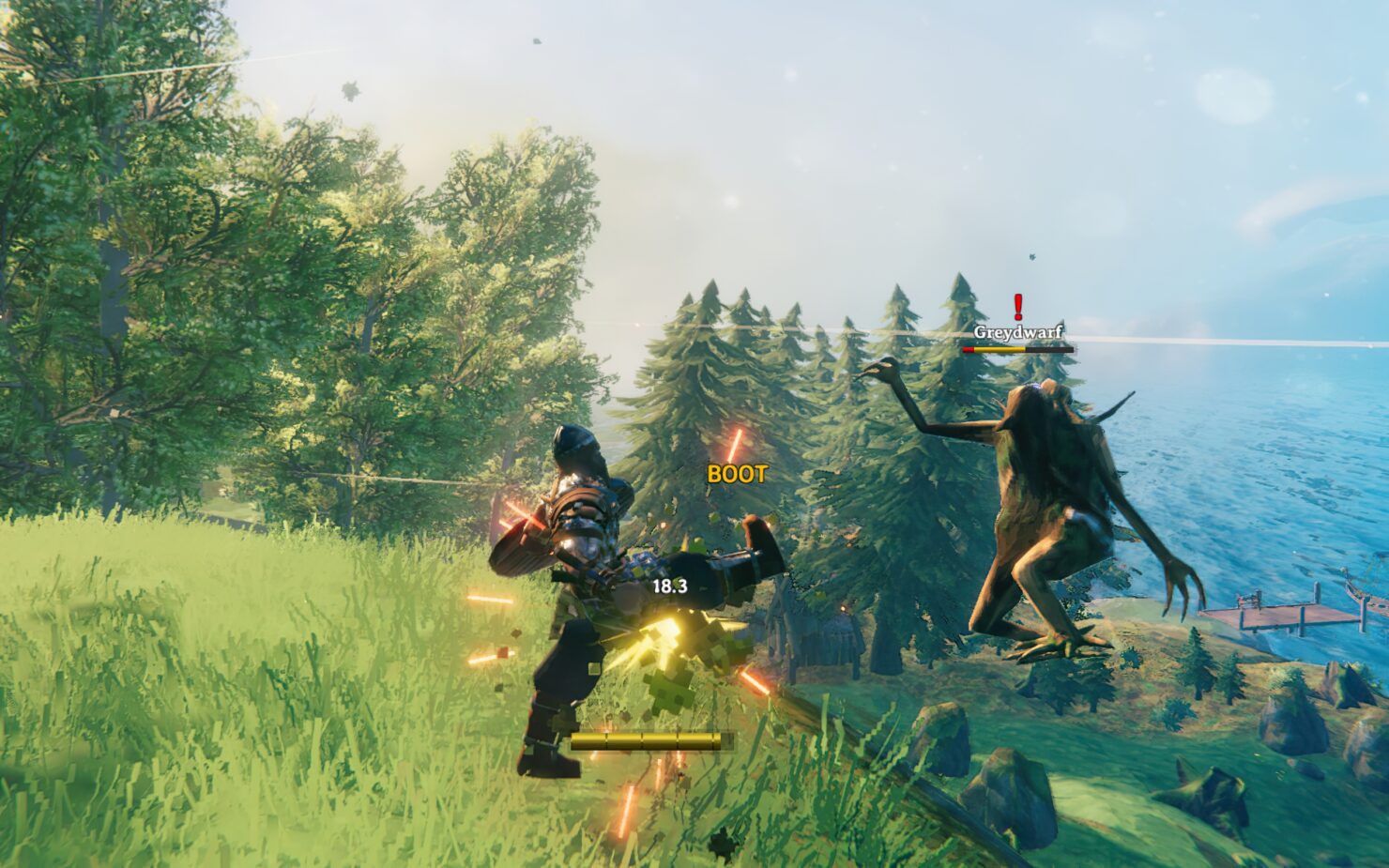 If you're among the over six million players captivated by Iron Gate Studio's survival game, you may want to check out this new Valheim mod. Aptly titled 'Give 'Em The Boot', it'll make fans of the infamous 300 kick scene giddy with excitement.

This Valheim mod empowers the unarmed kick (Middle click without a weapon, by default) by giving it increased scaling knockback and a diagonal-upwards direction. Lighter characters such as Greylings can be kicked significant distances, heavier ones such as Trolls will only be budged slightly. Kick has stronger, horizontal-only force when delivering a killing blow - beware if you actually want to collect the enemy's loot.

The knockback scales up in the following ways:

+ Unarmed skill, up to 50 extra force al level 100. (leveling up beyond 100 by non-vanilla means can increase this further)
+ Leg armor weight, up to 50 extra force with iron boots. (heavier boots would potentially increase this further, proportionally)
+ Bonus 25 force if the enemy is staggered while being kicked.
(All of these values can be changed in the config, and flat, unscaling bonus can also be added. Defaults are intended for balanced gameplay.)

Flavor text will also be shown when the kick connects. If you don't like it, you can turn it off or customize it.

NEW FEATURE: Kick while holding a weapon!!! Via an optional keybind in the config file, blank by default. You will need to set it yourself.

Config file located in [GameFolder]\BepInEx\config\KZ.GiveEmTheBoot.cfg, will be generated after the first launch of the game when the mod is properly installed. Change the config in your text editor of choice, such as Notepad++.

Requires BepInEX to run. Look up a guide for how to do this for Valheim, or install the ValheimPlus mod as a prerequisite as that comes with BepInEX bundled in. To install this mod, drag the .DLL file into the BepInEX plugins folder.

This Valheim mod works well in singleplayer, and *seems* to work in multiplayer. Most likely works better if both the client and the hosting game are running it. It has not been tested on dedicated servers. This may be considered cheating by some, so do not use it on a server where you do not have permission to use it.