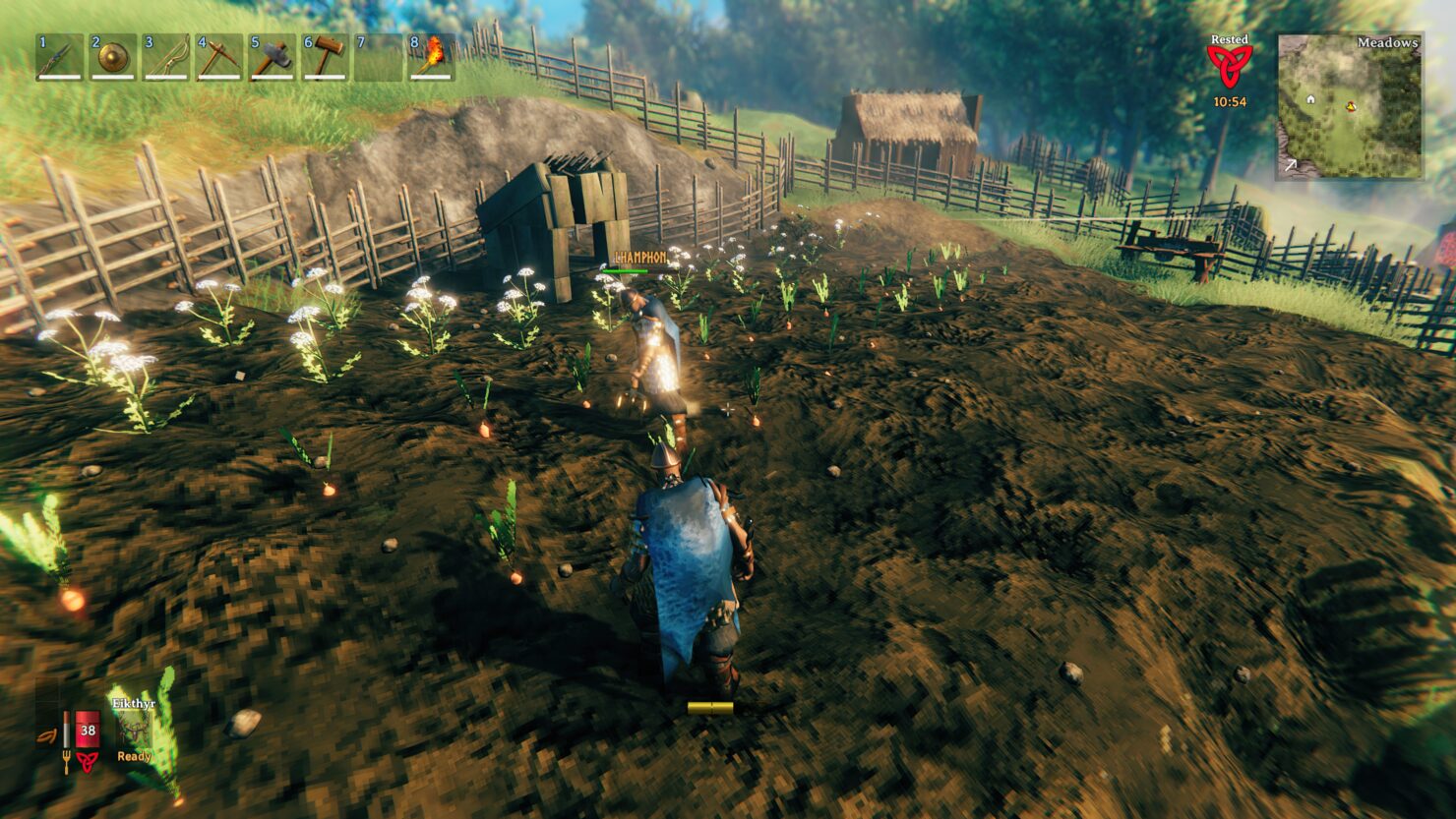 While hunting and gathering are good enough to defeat Eikthyr and start your life as a death-defying Viking in Valheim, soon enough you’ll want to top up your health and stamina beyond the limits imposed by cooked meat and berries.

This guide will teach you the basics of cooking and farming, an essential skill for exploring the Swamps and Mountains, as well as fighting the Elder. You will have to have defeated Eikthyr before now, though, so if you haven’t already, get your leather armour and murder that lightning deer.

Cooking By The Book 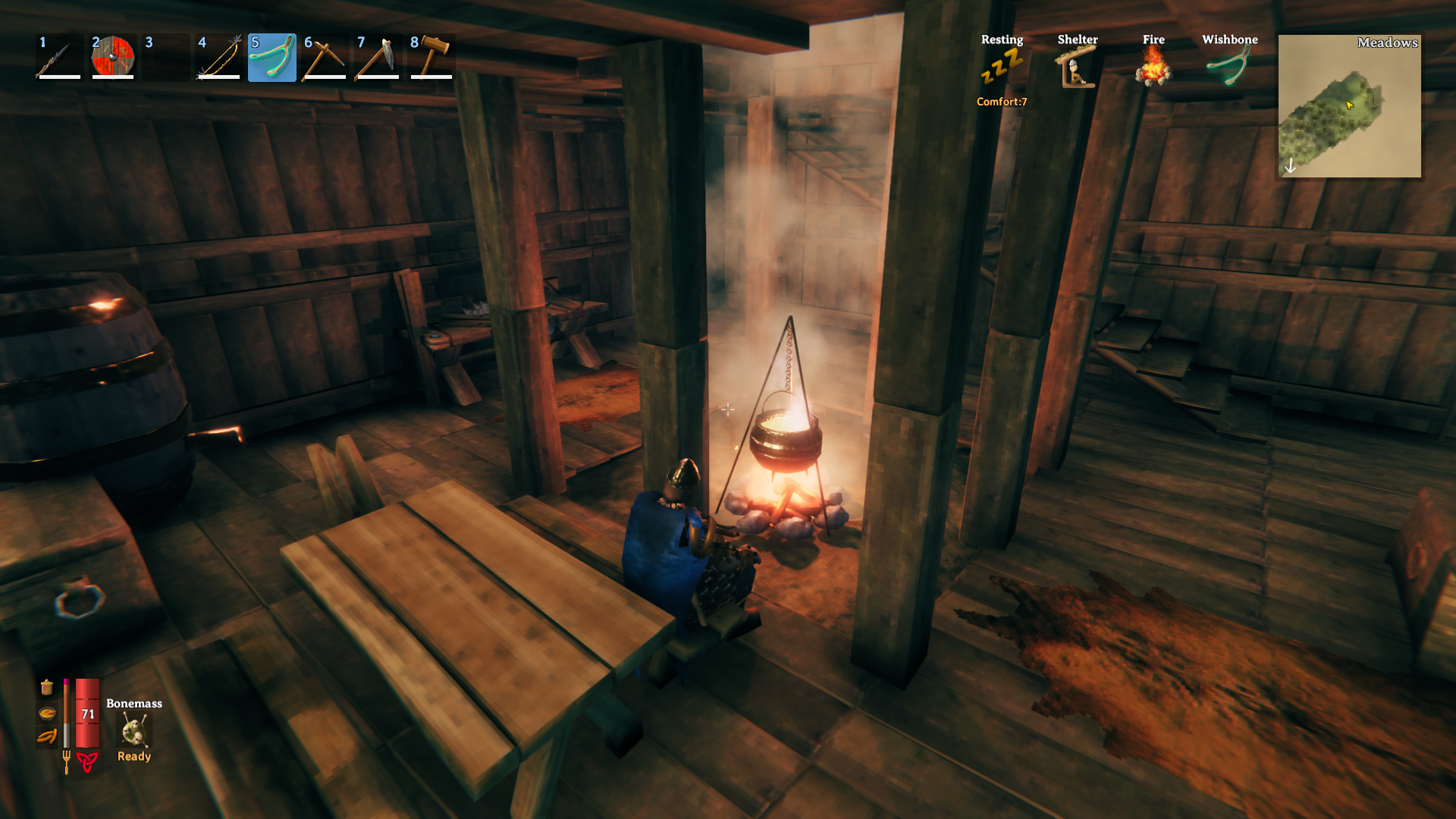 To start creating better food in Valheim, you’ll first need a cauldron. They require ten tin bars to make, so you’ll have to mine the raw materials and have them smelted. You’ll also have to build it over a lit fire to use as well, just like the cooking station.

Once you’ve got that built can use it as a workbench to create special foods that will offer a huge benefit compared to others on your stone age menu. The first and easiest to begin your culinary voyage is Queen’s Jam. It costs eight raspberries and eight blueberries but produces four each time which bestows 30 health and 40 stamina, three times the amount the berries provide on their own. And because Queen’s Jam isn’t berries, you can also eat a berry with them if you have to, although cooked meat and Neck tail is much better.

The other meal you can make without farming is sausages, which requires Thistle, Raw Meat, and Entrails. Thistle’s can be gathered in the Black Forest, and you can spot them because they glow a soft blue. Entrails, on the other hand, can be gathered from slain Draugr. You might not have encountered any of them yet, but you’ll start to run into these enemies as you explore further afield.

Four sausages are produced each time you make them, giving you a whopping 60 health and 40 stamina when you eat them. You should make sure you’ve got a stack of these when exploring dangerous biomes and getting ready to find the boss.

Farming By The Fook 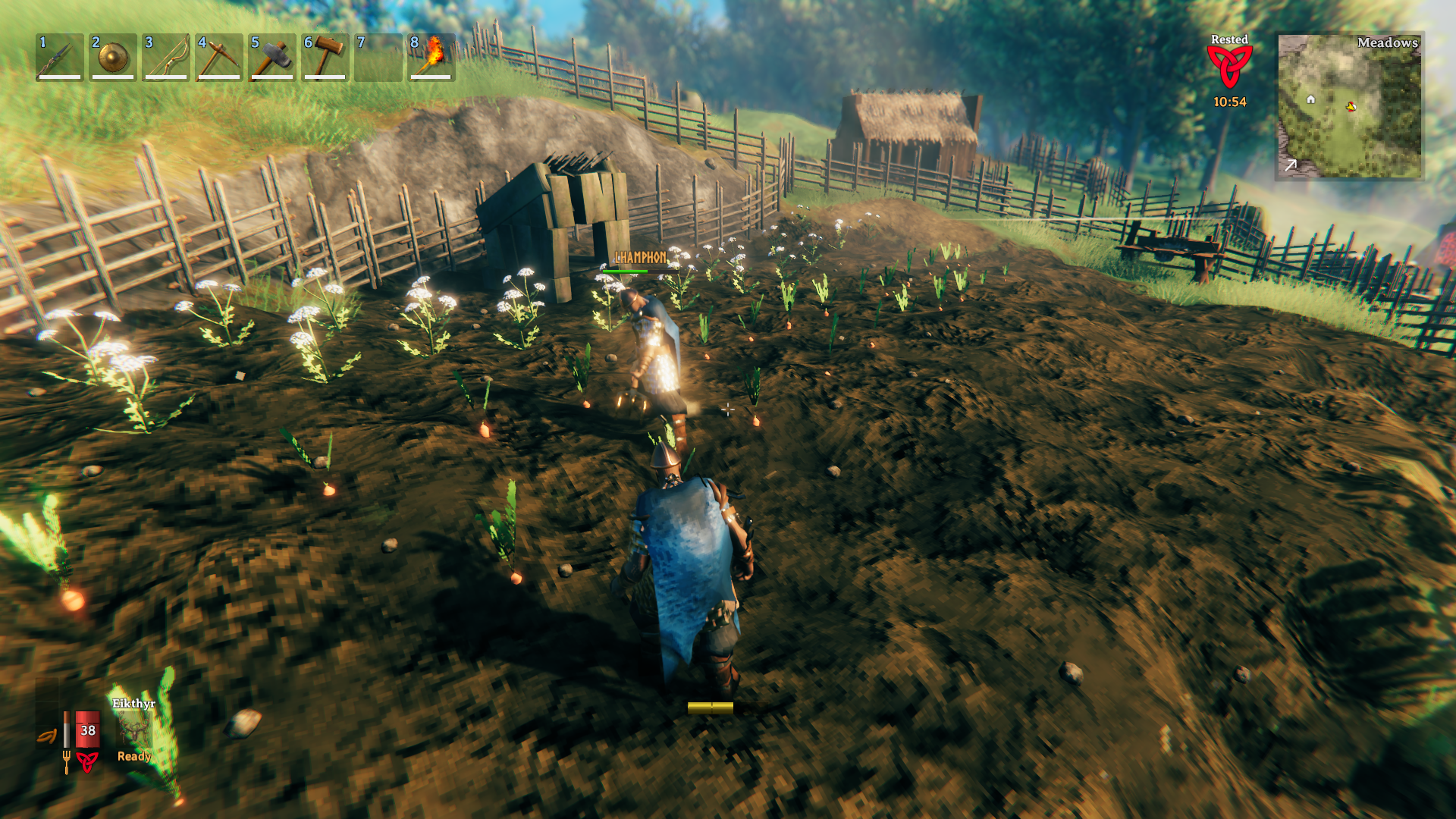 There are many other meals you can create with the Cauldron, but you’ll have to farm the materials yourself. To do this, you’ll need to build the cultivator from the forge. Once again, you’ll need to be mining and have some spare Bronze lining around (for more information, check out our bronze guide).

Before you even start working on the food in Valheim, you’ll want to secure a space to do it. It will need to be outside, of course, and you’ll probably want to do it near your settlement. Once you’ve picked out the perfect spot, you’ll want to protect it, so build a Stakewall around the area to keep out the wildlife and monsters that would attack your blooming farm.

With all that out the way, you’ll want to build your farm, but you’ll need seeds for that. The first type of seeds you come across are the carrot seeds found in the Black Forest. They’ll appear out in the wild as white flowers that you can pick while you’re mining or exploring.

Once you’ve got the seeds, you can plant them with the cultivator on your farm. From there, you can check the condition of the carrots every once in a while, as it takes about three in-game days to grow to maturity. Once you’ve got your carrots, you’ll gain access to carrot soup at the cauldron by combining 3 carrots to 1 mushroom (20 Health, 60 Stamina).

Don’t go cooking all your carrots straight away, however. You can replant carrots with your cultivator as carrot seeds. These will grow into the white flowers like those you find in the Black Forest and provide three seeds once harvested. If you’re happy with the number of carrots you’re producing, you’ll want to replant one-third of the carrots you’re producing to create the same yield each time. If you’d rather expand your farm, try replanting half the carrots so you’ll still have plenty of carrots at the end.

Once you reach the swamp, you’ll start finding Turnip seeds that work in much the same way, providing the Turnip Stew recipe that is even more effective than carrots (50 Health, 50 Stamina).

Keeping By The Koop 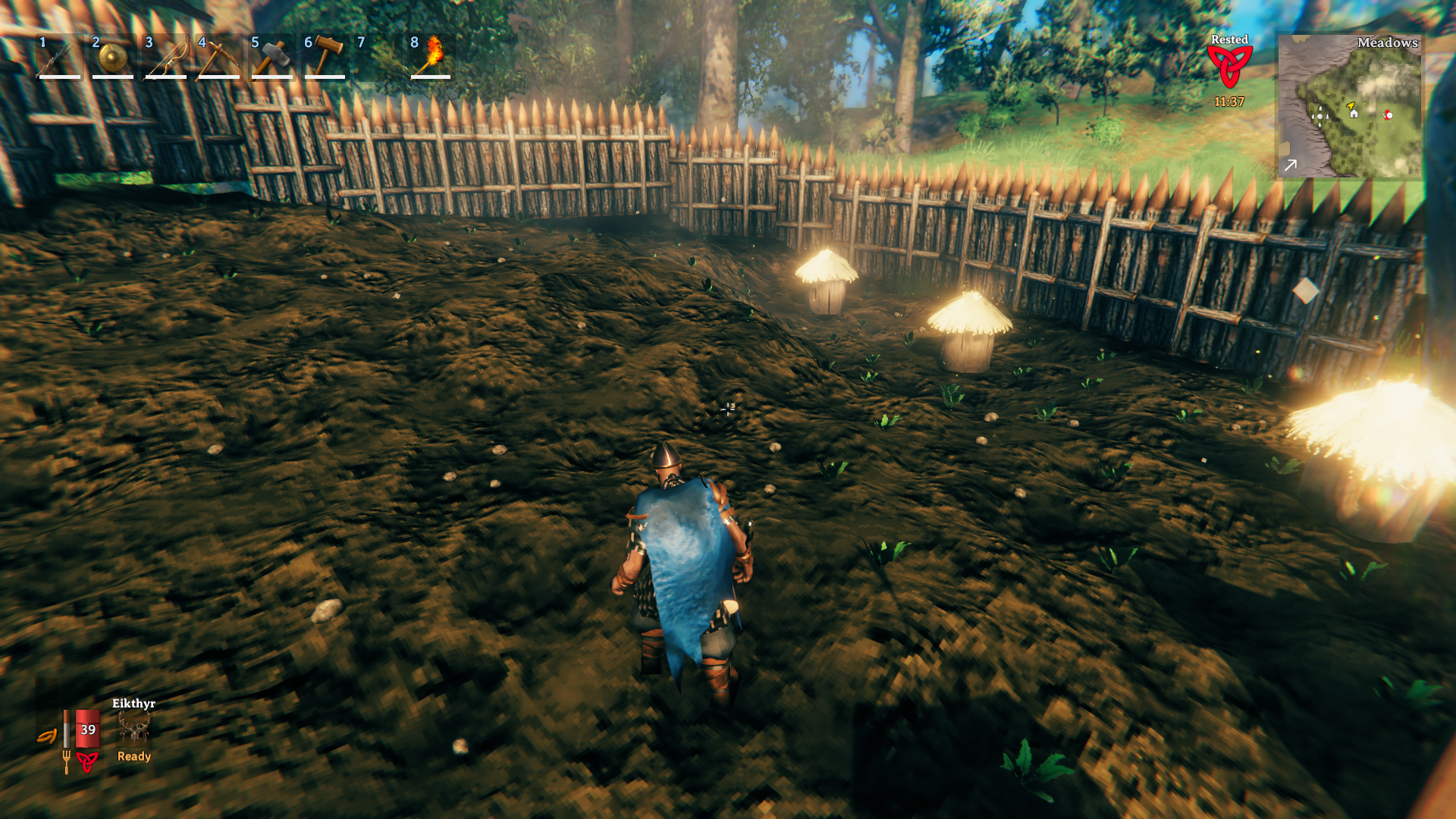 But as your farm and cooking skills grow, what you’ll really need to look into is beekeeping. With some beehives regularly producing honey, you’ll gain access to mead recipes at the cauldron. These drinks don’t count as food in the food track but offer incredible boosts and buffs that allow you to survive vicious wounds and explore inhabitable areas.

They require the most complex recipes of Valheim and you’ll also have to build a fermenter before you can use them, so you’ll need to make at least one of them with the forge. But before you can do any fermenting, you’ll need some honey.

To build a beehive, you’ll need to find a Queen Bee. These can be extracted carefully by destroying beehives with any of your weapons. Beehives can be found in the rafters of ruined buildings in the meadows and in the Black Forest. Mind out when approaching or attacking them as the bees will defend themselves. They aren’t strong, but if you’re wounded, they can poison you.

With the Queen Bee, you’ll only need some wood to build your hive, but you’ll want to build them in a protected environment as the wildlife of Valheim can also attack them. It takes about twenty minutes to produce a single honey, so you’ll want to check with your farm to collect the rewards and start making mead. Most mead recipes take around ten honey; make about four or so beehives to produce a good amount of honey.

With all these tips, you’ll have access to a huge range of food that can help you tackle the more challenging bosses and regions alone or with friends.