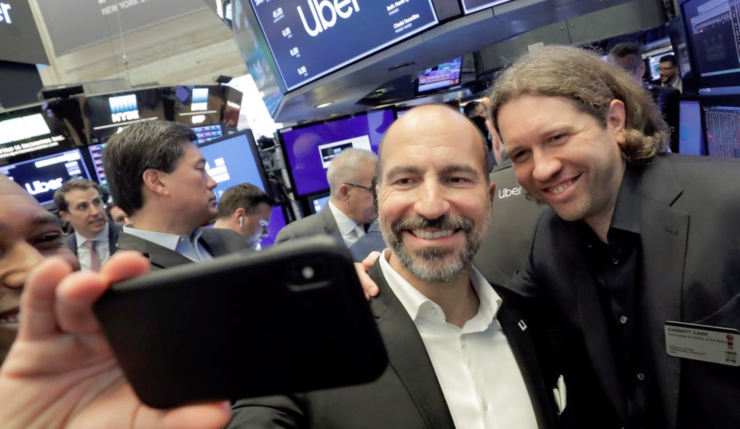 Uber's former chief executive officer and co-founder Travis Kalanick has been on a roll. Mr. Kalanick's been busy dumping the company he created with Garett Camp ten years back in March. As soon as the company's post-IPO stock lockup expired in November, Mr. Kalanick sold 20 million Uber shares worth $540 million, as the company's average trading volume jumped to 10x during the week.

Then in the succeeding week, the former company executive sold six million shares again, bringing the total value of his stock dump close to one billion United States dollars. Mr. Kalanick was imitated by Mr. Camp who also sold 510,000 Uber shares during the course of November's third week. Mr. Kalanick's latest Uber (NYSE:UBER) stock dump was on the 18th of this month when he disposed of 3,851,491 shares at an aggregate price of $30/share.

As Uber's share price continues to nose-dive, its former CEO has shown no love for the company. Travis Kalanick's holdings in Uber stood close to 100 million shares before the company's IPO-lockup expired early last month. Since then, he's proceeded to sell the company's stock at a pace leading to his holdings reduced to merely 8 million shares.

If we take a look at his filings made to the Securities and Exchange Commission since the 27th of November, it's revealed that Mr. Kalanick has sold 28 million Uber (NYSE:UBER) shares since then. The aggregate price of these sales is $29/share, below what Uber is currently trading at.

He's joined by Uber's first co-founder Mr. Garett Camp in selling company shares. Following the sale of 510,000 shares mentioned above, Mr. Camp has also been busy offloading Uber stock. As per the details, he has sold 9.5 million Uber shares since the 18th of November, for a total value of $51 million (excluding gift shares). When combined with Mr. Kalanick's sales, the two co-founders have cumulatively sold approximately a billion-dollar worth of stock. If we were to add Mr. Kalanick's stock sales made before the 27th of last month, then this figure will be well above $1 billion.

Uber's been busy battling authorities all over the world recently. The company has been banned from operating in London following safety concerns, and from using car hire companies to provide rides to users in Germany. Additionally, the company is also facing scrutiny from authorities in New Jersey for tax evasion.