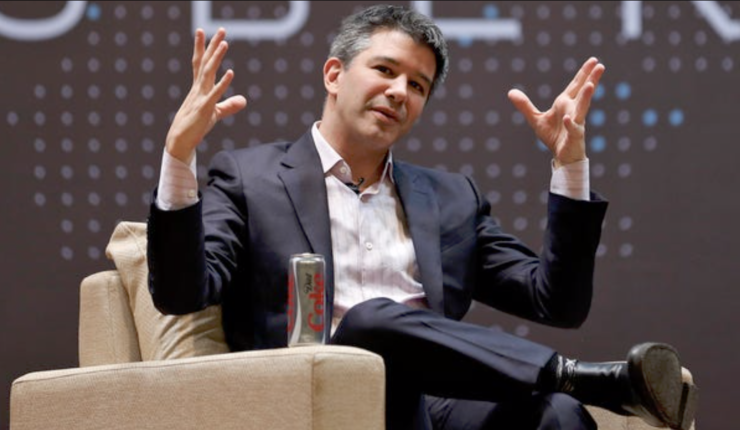 Earlier today it was revealed that New Jersey's Department of Labor and Workforce has sent Uber and its subsidiary Raiser LLC a letter stating that the companies owe the state approximately $560 million in unemployment taxes. Uber (NYSE:UBER), the state alleges, is misclassifying its drivers and as a result, has been avoiding taxes. Now, Uber's former CEO and co-founder Travis Kalanick is back in the spotlight after an SEC filing reveals that he isn't done dumping the company's stock.

Last week, after Uber's post-IPO stock lockup expired, the company's trading volume jumped to 10 times the average daily volume. By the week's end, an SEC filing revealed that Travis Kalanick, Uber's former top executive, had offloaded 20 million shares worth $540 million over the course of the week. This reduced Mr. Kalanick's stake in the company to 4.5% and now, we've learned that he isn't done selling the stock.

In a fresh SEC filing, Mr. Kalanick is shown to have sold 3.5 million Uber shares over the course of this week. The details show that he has jettisoned all shares owned through a five-year charitable remainder unitrust (CRUT) that lists Mr. Kalanick as its sole owner. All of the shares that the former executive had sold last week were a part of this trust, and on Monday, he sold the remaining 2,365,455 shares at an aggregate price of $26.89 per share for a total value of $63 million.

After burning through indirectly owned stock, Mr. Kalanick has now turned his eyes towards Uber shares that are directly listed in his name. He started by selling 251,713 shares at an aggregate price of $27.15 on Monday and then sold 2,057,299 and 1,412,310 shares for $27.23/share and $26.57 on Tuesday and Wednesday respectively. The final value of these transactions is $93 million. Uber's former CEO has, as a result, netted a sum total of $163 million this week.

Combining his earnings this week with what Mr. Kalanick made last week, we get a cool total of $703 million. Uber, on the other hand, is not performing well on the market at all. The company's share price reached a new 52-week low of $26.08 today a day after it traded at its previous 52-week low of $26.34 yesterday. At the time of publishing, Uber (NYSE:UBER) stock is trading at $25.98/share, down 2.71% from yesterday's closing.