Ride-sharing application Uber (NYSE:UBER) opened at $26.06 today. Wednesday marks the day when Uber's IPO lockup expires, allowing investors who had purchased shares during the company's IPO to sell. Trading volume for Uber shares jumped to 7x the average within two hours of market opening. Now that the markets have closed, it's time to look at how well the stock has fared, and where Uber stands in relation to its competitor Lyft (NASDAQ:LYFT). Take a look below for more details.

Through the years, Uber's proven to be a controversial company. It came under the spotlight in 2018 after allegations of sexual harassment and discrimination were reported by employees. Uber was forced to cough up $1.9 million in fines to the 54 employees who were harassed, and the company also shoveled out $11,000 each for the 485 people that were discriminated against. A year earlier, Uber's then-CEO and founder Travis Kalanick had resigned following investor demands.

In its third-quarter 2019 earnings report, Uber (NYSE:UBER) beat EPS estimates but fell behind in gross bookings. Uber earned $3.53 billion in revenue, marking a 32.7% increase from third-quarter 2018. but the company's net income showed a $585 million loss due to the aftermath of an expensive IPO. All this caused Uber's shares to slide down by 8% post-earnings. Uber also cut jobs earlier this year to maintain profitability.

Now, as the market closed today, Uber barely managed to keep up with its opening price. The company's stock opened at $26.06/share and it's closed at $26.94, after dipping down to $25.58 - a historic low. Trading volumes have jumped to 11 times the average daily volume as investors locked in after Uber's IPO were eager to enter the market. During the day, 130 million Uber shares changed hands. 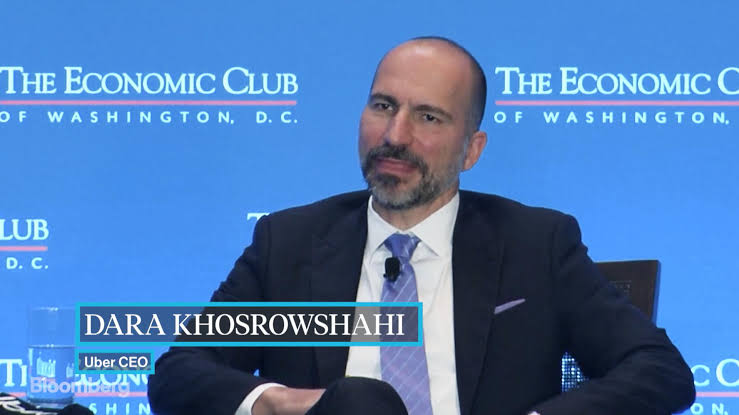 Uber Vs Lyft: What Do Multiples Tell Us?

Now let's take a brief look at where Uber (NYSE:UBER) stands in comparison to its closest competitor Lyft. To be fair, Uber is much bigger than Lyft (NASDAQ:LYFT), with an enterprise value of $40 billion as compared to Lyft's 10 billion. But the benefit of ratios is that they let us see how much revenue or sales that a company generates can cover up its total value.

At that end, both companies are pretty neck to neck. Their Enterprise Value to Sales for the last twelve months and the upcoming twelve months differ only by one decimal point. Share price over revenue per share is similar, showing that both are worth approximately four times the value that they generate through sales.

Finally, Price to book reflects Uber's larger asset base. Uber (NYSE:UBER) reported $32 billion in assets at the close of its last quarter. These are six times of Lyft(NASDAQ:LYFT)'s $5 billion reported assets. However, as you'll also see in the stock tickers shared throughout this piece, Lyft is valued more at a $42.92 share price compared to Uber's $26.94/share.

Thoughts? Let us know what you think in the comments section below and stay tuned. We'll keep you updated on the latest. And as always, keep in mind that the information presented here does not constitute investment advice.