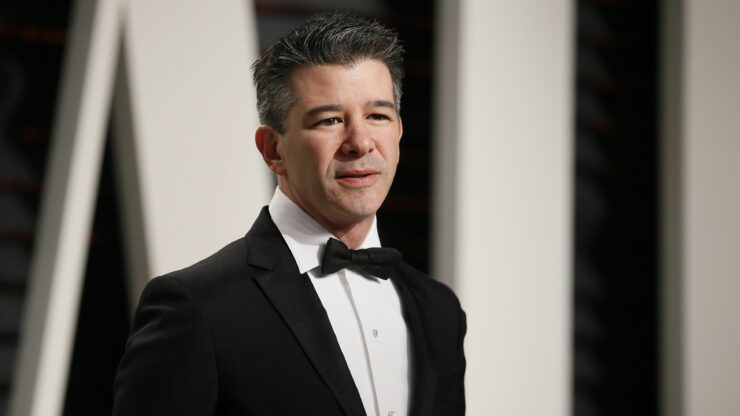 Ride-hailing application Uber (NYSE:UBER) saw a lot of hustle-and-bustle last week. Its share lockup, that came in effect at the time of Uber's IPO expired on the 6th of this month. Following the expiration, the number of Uber shares trading jumped to 7x their average daily volume within two hours of the market opening. The price, at this point, fell to $26.78 in a 3% decrease from the day before's closing.

By the end of the day, this volume had jumped to 10x and the stock closed at $27 share, below the $45/share the stock debuted at on the company's IPO. Now, it looks like a big portion of the trading volume spike that we witnessed earlier this week was due to the company's former CEO Travis Kalanick liquidating some of his sizeable stock in the company. Take a look below for more details.

Together with WeWork, Uber (NYSE:UBER) formes a part of the $6.5 billion hit that SoftBank took on its investments earlier this year. This hit led to the bank declaring negative print for the first time in fourteen years. Now, after Uber's lockup expired last week, details of the company's former CEO and founder Travis Kalanick's transactions have come to light following an SEC filing. The shares were held by Mr. Kalanick under a five-year charitable remainder unitrust (CRUT) of which he is the sole beneficiary.

The details show that the former CEO liquidated the shares in four separate blocks. The first two of these, consisting of 7,236,615 and 3,428,955 shares were sold at weighted average prices of $26.65 and $27.18 respectively for a total value of $286 million. Keep in mind that this value isn't precise since it reflects an aggregate of transactions carried out on the 6th of November.

Following its record low share price drop last week, Uber (NYSE:UBER) closed at $27.14 today, slightly up from yesterday's closing. Mr. Kalanick's decision to sell Uber stock doesn't signal optimism from his end. After all, for the mass market, a company's founder liquidating his stock is unlikely to come across as good news. After the sale, he owns 75 million Uber shares making for a 4.5% stake in the company. It's likely that the former CEO liquidated his stake in order to fund CloudKitchens, his latest venture. CloudKitchens allows eateries to operate 'ghost' kitchens without taking up additional costs and the venture secured $400 million in funding from the Saudi sovereign wealth fund last week.