The Legend of Heroes: Trails of The Beginning Announced For PlayStation 4 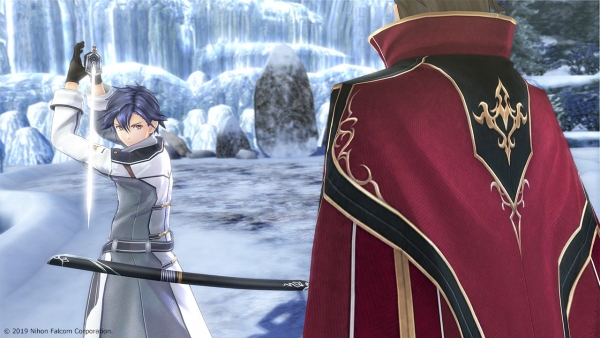 A new entry in the Trails series called Trails of The Beginning has been announced today for PlayStation 4.

The Legend of Heroes: Hajimari no Kiseki, translated into Trails of The Beginning by Gematsu, is setting out to be one of the most ambitious entries in the series. It will be a turning point that will lead to the series' conclusion, and it will feature over 50 characters taken from the Trails in the Sky, Trails of Cold Steel and the Crossbell games, Ao no Kiseki and Zero no Kiseki, which have yet to be released in North America and Europe. Trails of the Beginning will be released during Summer 2020 in Japan.

On a related note, Falcom announced new PlayStation 4 releases for Ao no Kiseki and Zero no Kiseki. The two games will come with full voice-acting, a high-speed mode as seen in the latest entries in the series and improved graphics. These new releases will make it easier for the two games to finally reach Western shores.

The games will be fully voiced. They will have a high speed skip mode, based on what was used in CS1 and 2 Kai. There will be a feature for skipping events in battle. The games will run at 60 FPS with high resolution images and increased sound quality.

The latest entry in the series to be released West is Trails of Cold Steel III. The game is a more than worthy continuation of the series, featuring some enhancements for combat and exploration as well as an extremely engaging story.

Trails of the Beginning has yet to be announced for the West. We will keep you updated on any new Trails game coming to North America and Europe as soon as possible, so stay tuned for more.