The Legend Of Heroes: Trails Of Cold Steel III Review – A World of Conflict

The Legend of Heroes: Trails of Cold Steel III

The Trails series has managed, not without some difficulty, to become one of the most beloved JRPG series in the West still running today. Most of its success is thanks to excellent worldbuilding and writing, which makes the series fell more like a novel than a video game. The world feels more alive than any other JRPG setting, and even regular NPCs have their own personal stories that evolve throughout the games, helping to make the world feel alive and not centered on just the main characters.

The Trails of Cold Steel games amped up this design philosophy to the maximum, expanding the world in so many interesting ways that it is hard to not be engaged in the politics of the Erebonian Empire and the machinations of a certain secret society that is becoming worse every new game. With Trails of Cold Steel III, we are getting closer to the end of Rean's story, the stakes are becoming higher and the fate of the entire continent feels more uncertain than ever.

Trails of Cold Steel III begins about a year and a half after the ending of the previous game. The Erebonian Civil War is now over, and Rean has graduated from Thors Military Academy and he has become an instructor for a new branch of the institution, leading a new class reserved for Erebonia's outcasts. Through the day to day school activities, Rean will create a very strong bond with his class, a bond that will help him to deal with everything that will happen during the course of the game. And quite a lot will happen during the game, including a few big events that have repercussions not only on Erebonia, but on the whole continent. 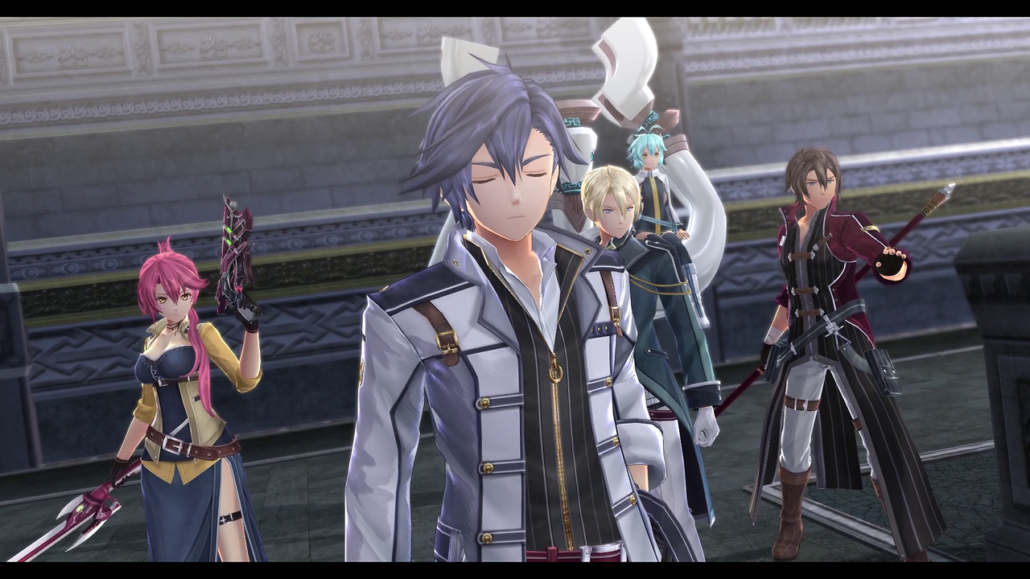 It's difficult to talk about the Trails of Cold Steel III story without spoiling major plot points, but fans of the series can rest assured that it is as good as it is in previous entries, maybe even more so due to the fact that we are approaching the end of the saga. The members of the new class VII are extremely interesting, and their inclusion brought a breath of fresh air, as it further expands the world and the characterization of older characters like Rean. Some of the students fee a little cliched, like Musse, but some others are very interesting, such as Juna, who provides some details on Crossbell, which, sadly, western players don't know too much about as the two entries set in the area still haven't received an official English localization. The smaller size of the new class also helps character development, as none of the new characters feel as neglected as some of the original Class VII members felt in the original Cold Steel. While the new characters are indeed the stars of the show, players will also be meeting quite a few familiar faces during the course of the game, and these reunions are among the highlights of the game, as they are heartfelt and make players feels as they are indeed getting together again with some old friends.

Nice character development is all well and good, but the elephant in the room for Trails of Cold Steel III is how good is the story and how easy it is to follow for players who haven't been playing the series since the days of Trails in the Sky First Chapter. For starters, the story is indeed good, and probably the best among the Cold Steel games. While the first couple of chapters feel a lot like the first Cold Steel game, due to a similar structure, the game eventually takes a rather dark turn that is very suited to the Cold Steel saga as a whole, with, as already mentioned, a few revelations that influence not only Erebonia, but the entire continent.

Sadly, players who haven't played at least the previous two entries in the series will be missing out a lot, especially in the character development department. Rean and the original Class VII members received a lot of character development in the previous two games, and over 100 hours of this cannot be replaced by the handy glossary, which does a good job of summarizing the events that happened before the game, but cannot substitute actually playing these games in any way. The matter is made slightly worse by the fact that some important plot developments are tied to secret events that can only be experienced in Cold Steel II in New Game Plus Mode and in the two Crossbell games, which haven't been localized. At this point, the answer to the "Can I jump straight into Trails of Cold Steel III?" should be clear: you may, but you will miss a lot. It's as if you were to start reading a huge epic novel from the second to last book.

Solid character development and engaging story would be lost without proper writing, and here we do have to congratulate with NISA for a job well done. XSEED always provided a solid localization for the Trails game, and many were fearing that things would not be up to par with Trails of Cold Steel III, considering some past slip-ups from NISA, like for Ys VIII: Lacrimosa of Dana. Thankfully, the localization is extremely solid and on par with the quality provided by XSEED for the previous games. 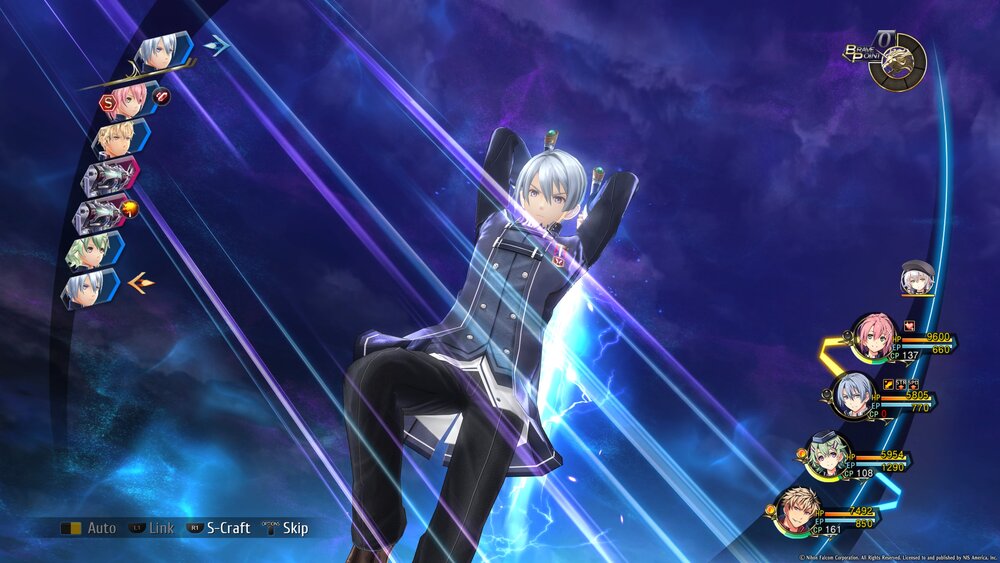 Being the third entry in the series, Trails of Cold Steel III doesn't feature any huge change in the gameplay department. In some ways, it feels like we have gone back to the days of the first Trails of Cold Steel, where the academy setting dictated the pacing of the whole game. Like in the older game, players will take part in a series of school activities which will allow them to deepen their bond with the new Class VII. Rean and his class will also be sent out on assignments that will bring them all over Erebonia, allowing players to explore towns and dungeons. The latter aren't particularly well designed, and this is a flaw of the entire series that still hasn't been addressed properly: there are some improvements, surely, but we are far from the best RPG dungeons ever seen.

Like the general game flow, the combat system hasn't seen a major overhaul in Trails of Cold Steel III. The basic system is still the same turn-based affair seen since the days of Trails in the Sky, with characters and enemies taking turns to act. During their turn, players can unleash regular attacks with the equipped weapon, use items, use Crafts and powerful S-Crafts, if the gauge is full, and unleash magic spells. Some tweaks to the tried and true formula, hower, do make things feel smoother and more engaging.

One of the new mechanics is the Break system. Every enemy comes with a Break gauge that can be depleted by dealing damage. Once the gauge has been depleted completely, the enemy will be open to attacks, and defense will be lowered. This system adds more strategic depth, as different attack types have different break ratings.

The new battle mechanics don't end with the Break mechanics. Combat Links allow two characters or more to attack together to deal extra damage to staggered enemies, while mech battles have been tweaked so that all party members can pilot mechs. Battles are made generally smoother by the new control scheme which ties commands to specific buttons on the controller. This is more important than it sounds like, as the game is already incredibly long, and making battles smoother and faster is a definite plus. The character development system, like combat, remains essentially the same, but it has also received some tweaks that allow further customization. 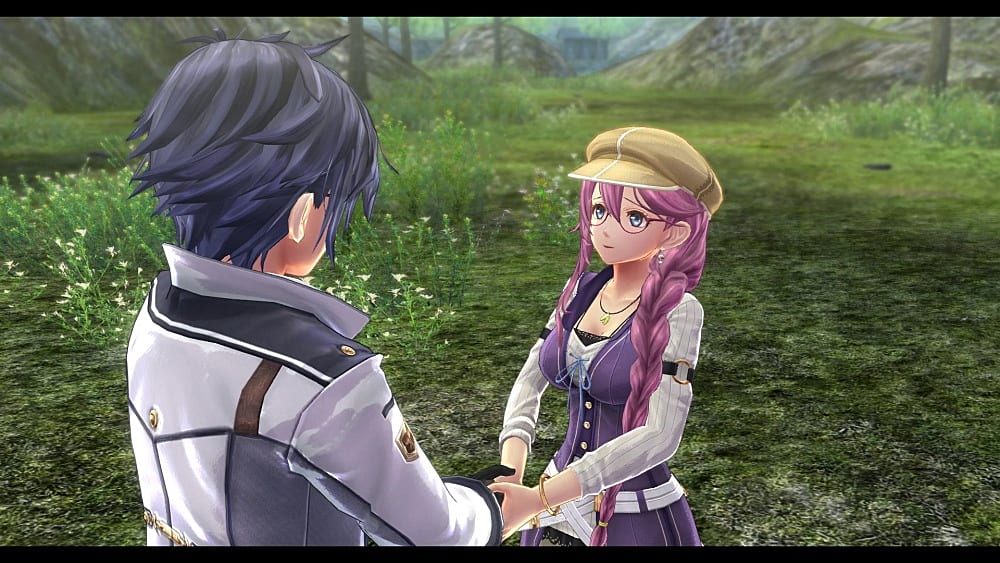 The return of the gameplay structure of the original Trails of Cold Steel and the many battles that players will have to fight may make the game feel like it is dragging. Thankfully, NISA added the same Turbo Mode that has been added to the PC releases of the previous two entries in the series, which helps a lot in speeding things up. Other quality of life additions also reduce the tedium that comes with having to move from the same locations over and over during the course of the adventure.

Trails of Cold Steel III is the first entry in the series to release only on PlayStation 4, but it is hard to notice this, as the visuals, from locations to character models, feel like they belong on a PlayStation 3 console. They are not bad to look at, but they are nowhere near the best this console generation has to offer. Performance is stable, which is nice, although it's hardly a make or break thing for a turn-based Japanese role-playing game. The soundtrack is solid, as it usually is with Falcom games, although it lacks a huge number of new, memorable pieces; the most memorable are new arrangements of tracks from older entries in the series. Voice acting is also solid, with most of the English voice cast reprising their old role.

At the end of the day, Trails of Cold Steel III is a more than worthy entry in the series, featuring mostly the same gameplay mechanics seen in the previous game and the same slow-paced, but extremely rewarding story the series is known for. As the game is the direct continuation of the previous titles, however, it's impossible to recommend Trails of Cold Steel III to those who never played a Trails game before: too much would be lost, and the story pay-offs would lose most of their power.