Total War: Three Kingdoms Has Been Delayed to May 23rd 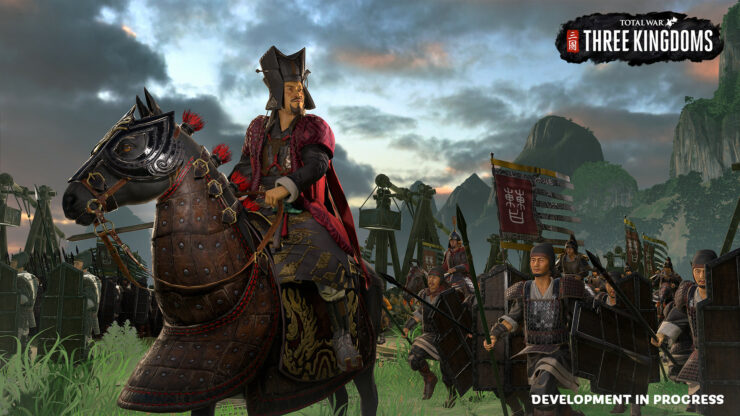 Creative Assembly and SEGA announced today via press release the delay of Total War: Three Kingdoms, the highly anticipated new chapter in the strategy franchise. The game will now launch on May 23rd, roughly two months and a half after the previous March 7th release date.

We’re lucky to be in a position to do the right thing for our games, and in this case, it means taking the time to get everything ready for you. It’s important that we give you a game that you can enjoy to the fullest, and we’re excited for you to see what we have in store.

Chris already wrote a glowing preview after trying the game at Gamescom 2018; hopefully, the extra polish can only produce an even better result. If you're interested in pre-ordering the game, Green Man Gaming is currently doing a decent 18% discount, by the way.

Did I enjoy my time with Three Kingdoms: Total War? Having played through the battle four times – losing once and winning three times – I did. There’s a fresh feel to the game without drifting off into Warhammer territory. It’s grounded, at least to a degree, in reality. Ignoring the story elements, there’s a number of new features placed into battles to be seen even from this one alone. It also looks fantastic, with the aesthetic choices and increased colour found in the game.

Looking at the story. I know for a fact that I’ll be playing in Romance Mode when I play the game in full. I’ll either be using Liu Bei and focus on Guan Yu & Ma Chao or use Cao Cao and be focusing on Xiahou Dun. But this is what excites me the most about Three Kingdoms: Total War – there are some fantastic stories in real life to draw from, as well as the fantastical tales from the Romance of the Three Kingdoms novel. One is a person still honoured as a god.

I’ll never hide the fact that I’m going into Total War: Three Kingdoms hoping that it meets any and all expectations. This can be a burden on any game – ask Final Fantasy XIII, the game that metaphorically stabbed me in the heart. Still, I came away from this Three Kingdoms preview more excited than when I went in, that’s as good as a sign as I can ever give.