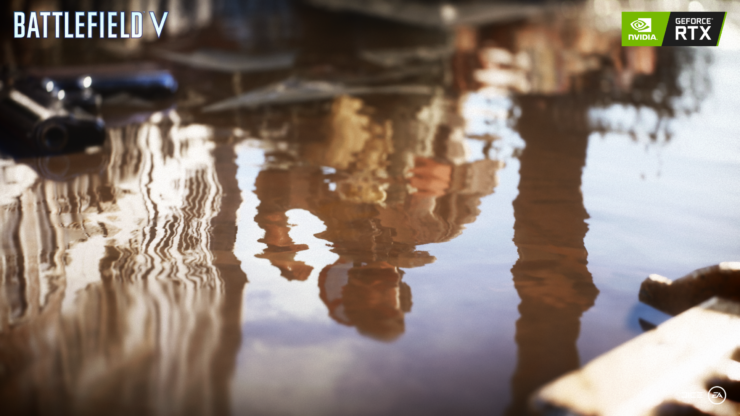 The NVIDIA Titan V GPU can be used to play games with ray tracing enabled, as discovered after some testing by 3DCenter.org user TobiWahnKenobi. This isn't that surprising, especially when you consider that the Titan V was used by game developers to test ray tracing before the availability of the RTX Turing GPUs.

However, what's interesting is that the Titan V can occasionally get quite close to the Titan RTX in a game like DICE's Battlefield V, even if it lacks the specialized RT cores that have been introduced with the Turing architecture.

In the Fjell 652 map, the Titan V averages only 7 fewer frames per second as you can see in the table below. There is a catch, though. If you've played Battlefield V you know that the Fjell 652 map, set in the Norwegian mountains overlooking the port of Narvik, is entirely covered in snow. Basically, there's not a lot of reflective surfaces to be found there.

On the other hand, the Rotterdam map is by far the heaviest one when it comes to ray tracing performance, being set in a big city with plenty of windows and other reflective surfaces. It's there that the specialized RT cores kick into action, with the Titan RTX  getting 20 more frames per second when raytracing quality is set to Medium and 25 when raytracing quality is set to High.

The Titan V is probably this capable in ray tracing even without RT cores due to its sheer power. It has more shader units than the Titan RTX (5120 versus 4608), for instance. However, Battlefield V only features ray traced reflections. Other games will soon ship with several raytraced features, such as Metro Exodus (RT-powered GI and ambient occlusion), Control (RT-powered reflections, diffuse GI and contact shadows), Atomic Heart (RT-powered shadows, ambient occlusion and reflections) and more.

It's possible that the Titan V will lose more ground in those scenarios, though we'll only know for sure once these new titles will be available for benchmarking. Until then, stay tuned.