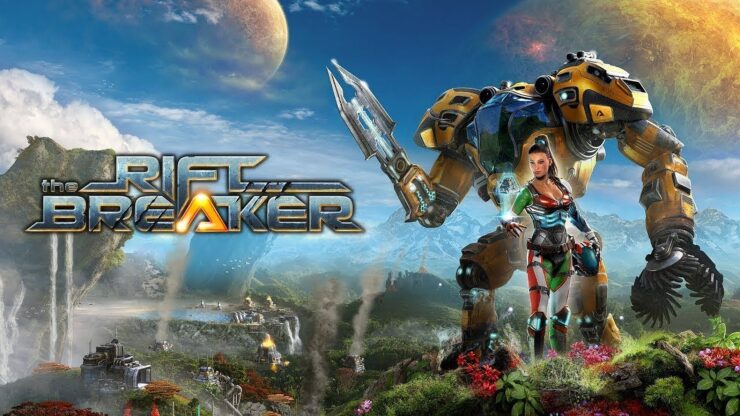 There are times when developers try to mix together genres that have very little to do with each other. Sometimes they fail, but there are times when they manage to make the mix even more engaging than games belonging to the single genre they have blended together. EXOR Studios' The Riftbreaker is likely going to belong to the latter category, as the game not only manages to mix different genres together but also add some interesting twists to the experience that will help grow a community around the game.

The Riftbreaker is a very interesting mix between an action role-playing game, a dual stick shooter and a tower defense, strategy game. When a mission begins, players will be thrown right into the action, piloting a mech armed with the right weapons that will keep enemies at bay. The action, however, is only a very small part of the experience. 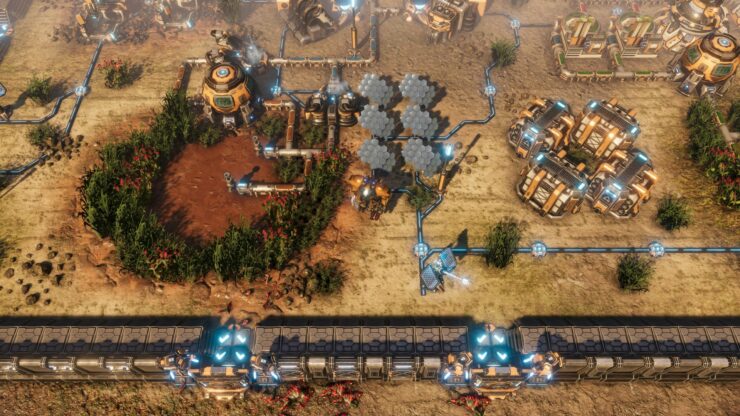 Once a good location has been spotted, players will have to build their base and to do so, they will have to gather resources. Base building seems to be quite deep, with a lot of different facilities that should make exploring these planets a little easier. Once the base has been built, however, players cannot rest easy at all, as enemies will continue coming not only after them but also after the base itself. This is where the tower defense gameplay mechanics come into play, as players will have to set up the base's defenses in a way that it doesn't get overrun by enemies. Chance of this is actually rather high, considering enemy waves come relentlessly.

One extremely interesting feature that is not seen too often in modern games is Twitch integration. I wasn't able to see it into action, but I have been told by one of the developers that viewers will be able to influence what happens during the game in some fun ways. Every few minutes, viewers will be asked to vote on what has to happen to the player, and choices can be good or bad, such as spawning some natural disaster like a volcano erupting, or make resources appear close to the base and so on. The team has come up with this feature to help grow a community around the game.

While I wasn't able to play The Riftbreaker at E3 2019, what I have seen shows incredible promise. The game launches on PC via Steam sometime next year.

Dev: Next-Gen Features Have to Be Fitted to XSS Memory; It Would Have Been Much Easier with XSX Only