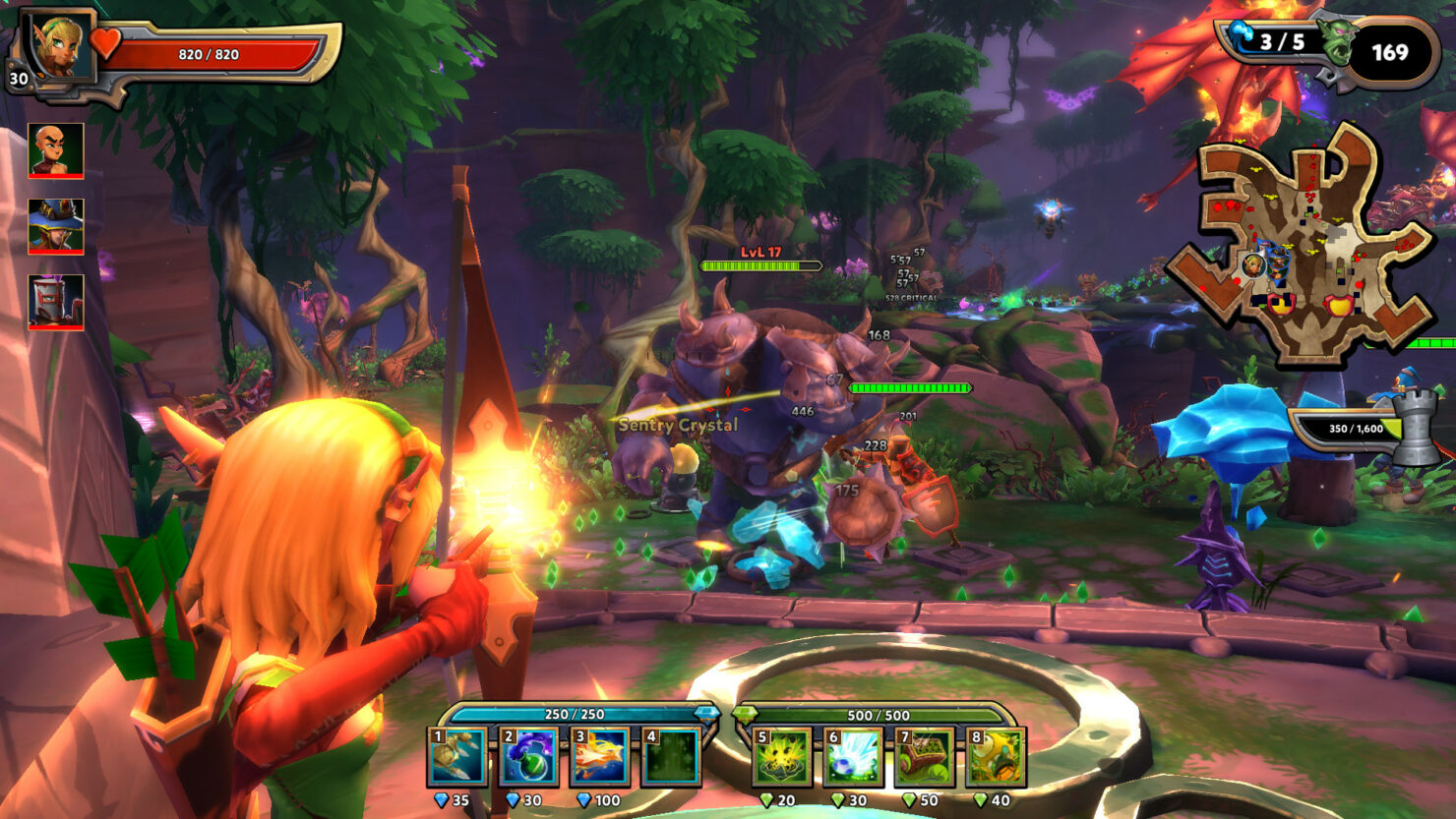 Dungeon Defenders II will release in all regions and on all formats on June 20th, bringing its unique blend of tower defense and action role-playing game features.

Inspired by some of the best aspects of tower defense games and RPGs, Dungeon Defenders II features classic elements like loot, pets, a variety of Heroes to level up and more. Building your defenses is important to surviving against progressively tougher waves of enemies, but executing a strategy together with the other players on your team while fighting actively on the move is just as critical.

Dungeon Defenders II supports single-player up to four-player online cooperative game modes, as well as local splitscreen co-op on consoles. The game will be free-to-play across all platforms, supported by in-game purchases like new heroes, costumes, tower skins, pets, inventory space and more.

If you really cannot wait to enjoy Dungeon Defenders II, the game is now available as a Steam Early Access title and in early access on PlayStation 4.

The full launch is scheduled on June 20th on PC, PlayStation 4 and Xbox One.