It's incredible how soon I see myself returning to The Riftbreaker. This title ironically became one of my most-known reviews and one of the reviews I'm oddly proud of looking back. It brought back a curiosity regarding RTS-like games that I never would've even considered until this point. Now, comments section, I am aware that this isn't an RTS, but this game still mixes its elements (such as base building and resource gathering) with its action RPG mechanics (such as twin-stick combat).

Another point of contention I saw was that for someone who doesn't like this kind of game, I wouldn't be 'qualified' to write a review on it. While yes, I have a distaste for the RTS genre and its trappings, I also like the concept of being fair toward any other game that pops up. While Riftbreaker wasn't able to change my mind for many reasons, it still was a decent experience that gave me some fun times, especially in Sandbox Mode.

I am prefacing my review of the Metal Terror DLC for The Riftbreaker with this explanation because it's important to make the following assessment right out the gate. Whatever your mindset was when playing The Riftbreaker will stay the same once you are done with the DLC. It brings several new toys for you to play with, but it also doesn't do much to change the core gameplay aspects.

Is that a bad thing? Not necessarily. The Riftbreaker was already a very solid title (especially for Game Pass owners) which allowed players to experience beautiful graphics and great combat mechanics. That's also not to say that this DLC is barren of content because this new DLC will include a new story integrated into the base game. Let's start diving in on what we can gather. This will be a shorter review than usual, so consider this an addendum to my original review.

As Ashley's investigation of Galatea 37 deepens, she is taken aback by the sighting of a meteorite that seemingly has ancient technology attached. This, in turn, ends up with players being sent to an entirely new biome known as the Metal Valley. This new biome homes a vast amount of new (and majorly hostile) creatures that will give Ashley's offensive capabilities a run for their money.

Of course, Ashley will be able to gather new resources from this planet sector (including a new resource known as Morphium, which plays a huge part in this expansion's story) that will allow you to beef up your weaponry and defensive structures. So, while Ashley continues to investigate and gather data about these new creatures and resources, she'll also be able to uncover the story behind this ancient technology that can produce military-grade weaponry.

As I said before, this biome is home to very hostile creatures that won't just allow Ashley to just walk by. I suggest you learn the ins and outs of the game's combat mechanics before diving deep into this DLC, as understanding the combat mechanics themselves will help you more than the new buildings you have access to. What do I mean by this? It's simple, most of the combat will be done from your mech rather than by your defensive structures.

Keep in mind that I am not saying that base-building isn't essential anymore. In fact, this is now a vital thing because enemies will be capable of assaulting you even from mid-air. So, if you have any vulnerability, they will not hesitate to exploit it and destroy your base. You need to know about your mechanical structures and such before you start exploring the planet.

This is where, once again, my grievances with the gameplay loop in The Riftbreaker come up. Because while this DLC has allowed me to take on armies of aliens with new weapons such as the Plasma Charger, it goes back to the base-building aspect that I love to hate so much and turned me away from the RTS genre altogether.

I have to constantly babysit my constructions, my resources, and pretty much everything else because otherwise, I won't be able to do much of substance. In turn, losing said progress is a huge pain because now I have to rebuild everything again, and I honestly just don't have the patience for that. Yes, I am efficient at it because of my PTSD from my Starcraft II competitive days, but that doesn't mean I find it fun.

Any of my avid readers know that I prefer to depend on myself regarding resource management. It's why I didn't care so much about the survival mechanics that came with Deadcraft. I would much rather take care of myself and my own resources rather than be busy creating a bunch of defensive structures that ultimately always fail to defend themselves.

The Metal Terror DLC loves giving you vast hordes of enemies that will undoubtedly tear through some of your defenses. Even if you have an entire army of turrets covering every angle, as I did. That is why I still haven't changed my mind much about The Riftbreaker and why I would rather play other games that don't have this whole "resource gathering" aspect attached.

I get to have fun when I am fighting the alien threat by myself. That's why I am still returning to The Riftbreaker every now and then. And honestly, when I see my huge outpost operating at 100% efficiency, it makes me proud of how efficient I can be. And then, much like during my original review, all of it is taken apart by a combo of a colossal wave of hostile aliens that was topped off by getting Meteor Shower'd again while I was trying to fix what I lost from the battle.

I must repeat once more that this isn't hard to overcome. In fact, I can very easily dispatch a lot of these issues by myself. So, comments section, please read this again: This isn't hard to deal with; it's annoying. I can rebuild my base after a meteor shower. I can reconstruct and gather my weapons if I ever get destroyed (which seldom happens). That isn't the issue here; it's the fact that it adds up and turns me off the entire experience because it's repetitive.

However, those who have mastered the game's mechanics, know precisely what they are doing, and don't mind rebuilding everything lost will still have a great time playing this game and the Metal Terror DLC. The new weaponry is great to toy around with, namely those weapons that give you shields while you're charging them.

Unfortunately, this expansion won't do much if you already aren't enticed by the base game's gameplay loop. Luckily, this game is still on Gamepass, and I 100% recommend it if you're looking for something new to play. Also, once again, this game looks terrific on PC, especially when it comes to the graphical detail and the explosions. This game pushes my RTX 3070 to its limits, and I honestly couldn't be more proud of how beautiful it can look at 120+ FPS with Ray Tracing enabled.

Overall, The Riftbreaker and the Metal Terror DLC expansion are both good games that are an acquired taste at the end of the day. While I seem not to enjoy base-building games because I'd rather play challenging games that put everything on me, like Cuphead, Metal Slug, or any fighting game; I still think that fans of RTS games that enjoy this sort of thing will find themselves at home and enjoying this game. That opinion hasn't changed.

In my original review, I still got to the "ending" of The Riftbreaker, which should say something about how engaging the ARPG mechanics were. If The Riftbreaker managed to keep me hooked despite my grievances with the underlying base-building, RTS-like formula, then I'm pretty sure it will be really liked by someone who enjoys all of these things. 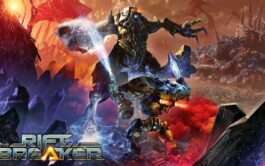 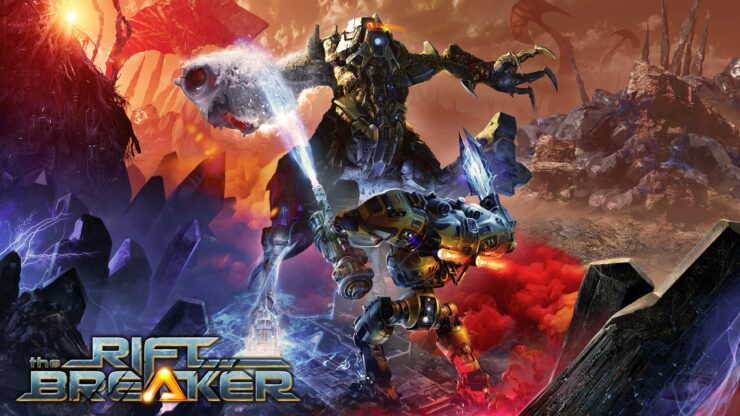 The Riftbreaker: Metal Terror is a decent DLC expansion that, while it doesn't change much regarding the main gameplay loop, more than makes up for it with its vast array of new weapons, buildings, and an intriguing story surrounding an ancient civilization. The game has also upped its enemy variety, allowing players to be more creative with their arsenal while putting their management skills to the test. Unfortunately, it also won't really change your mind if you weren't attracted to the game the first time.