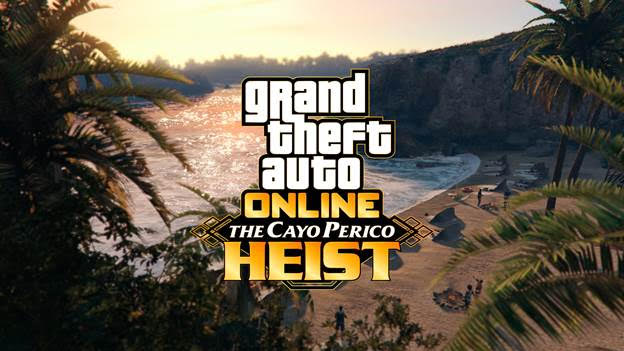 Rockstar Games just let the cat out of the bag with its biggest GTA Online update yet: The Cayo Perico Heist.

The Cayo Perico Heist is the newest addition to the online component of Grand Theft Auto 5, and the biggest, most expansive update the game has seen yet.

It features an all-new "exotic location" as well as a "brand-new approach to Heist design" that will let players take on the Heist alone or with a crew of up to three additional players.

The update will include new social spaces to hang out with friends, additional DJs and radio stations with 100 new songs, new vehicles and weapons, an armed submarine HQ, and more.

While taking on an entire island, players are tasked with infiltrating the world's biggest drug dealer's island compound. You have to figure out a way to breach the private island of Cayo Perico as well as either avoid or kill the security forces on guard, then escape with money, gold, art, and evidence. You can go it alone or with friends, but the most important part is that you come back alive.

Rockstar Games promises there's additional information on the way regarding the update, but right now we've got a quick clip to check out to see what the massive update will offer. Speculation began running rampant after Rockstar teased a huge update that kicked off with corpses holding briefcases found along GTA Online's beaches.

Right now, you can expect the update to land on December 15 in GTA Online, but there will likely be an extensive set of details about the new heist and island to debut long before then. It looks like there's a lot to unpack with this new update, so it should be exciting to pore over everything it has to offer when it finally arrives.