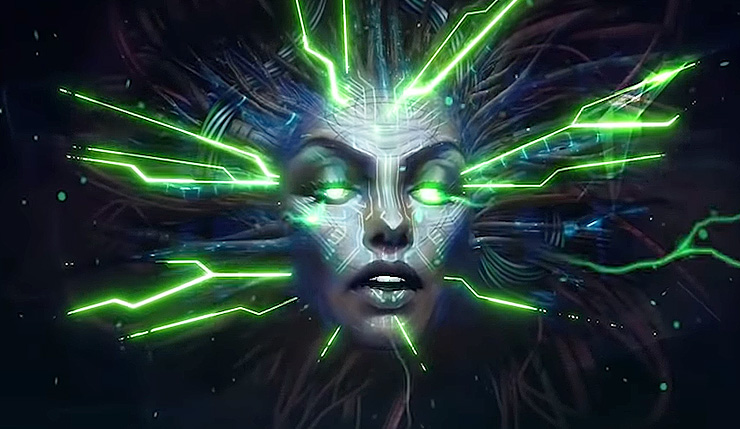 System Shock 3 always seemed liked a rather unlikely prospect, but the debut gameplay trailer we saw back in September looked very promising, and developer OtherSide Entertainment has (or had) some big names, including industry legend Warren Spector, on board. There was reason to be at least somewhat hopeful! Unfortunately, according to a new report from Video Games Chronicle, it seems System Shock 3 may be done for, at least for the time being.

According to an anonymous source, most, if not all, of the team members who were working on System Shock 3 have left the project. That includes System Shock 3’s writer-director, lead programmer, lead designer, and more. These departures have been confirmed via LinkedIn. Much of this information was actually first revealed in a December 2019 post from OtherSide community manager Sam Luangkhot, which went largely unnoticed at the time. In the post, Luangkhot expressed concern about the state of System Shock 3, and linked to, and seemingly endorsed, an anonymous developer post on RPGCodex that stated the game’s development team were “no longer employed” by OtherSide.

So, what went wrong? It would seem the problems date back to early 2019, when troubled publisher Starbreeze sold the rights to System Shock 3 back to OtherSide. At the time, Warren Spector expressed confidence that OtherSide would be able to find a new publisher and sources of funding, but apparently, that never happened. According to the anonymous developer mentioned above, the game itself was also facing an identity crisis…

If Starbreeze hadn’t gone into crisis I think we would’ve delivered something interesting with some fresh and innovative gameplay, but a much smaller game than what people were expecting and inevitably disappointing for a sequel to such a beloved franchise. […] Those high expectations drove a lot of expensive experimentation. We were a small team and knew we couldn’t compete with current immersive sims in production quality and breadth, so we had to be creative and clever and weird. And we were on our way to make something unique and possibly fun, but probably not what the audience was hungry for.

OtherSide has yet to make any official statement regarding the fate of System Shock 3, so take this with a small pinch of salt for now, but it does seem like the game is in serious peril. That said, there is one major name missing from the list of departures -- Warren Spector. According to a poster on ResetEra, reliable Kotaku insider Jason Schreier told him Spector was still with OtherSide as of late January and trying to figure out how to make the project work. Let's hope he succeeds.

Meanwhile, Nightdive Studios’ remake of the original System Shock is still scheduled to hit PC, Xbox One, and PS4 sometime in the first half of 2020.