The famous Jay Freeman from the jailbreaking fraternity, also known as Saurik, has added a major change to Cydia store application updating Substrate Safe Mode for iOS 7. The Substrate Safe Mode iOS 7 is also applicable on the ARM 64-bit devices such as iPhone 5s, Retina iPad Mini and the iPad Air. Substrate Safe Mode feature allows jailbreakers to recover from reboot loop problem that could occur trying to install some broken tweak.

After a reboot loop issue, users are faced to do nothing but restore their devices which takes a lot of time and data loss issues in case of no backups. Saurik's Substrate Safe Mode iOS 7 with A7 support makes it easier to work around the reboot loop proble.

Safe mode is a feature of MobileSubstrate that prevents your device from entering a permanent crash cycle by giving you a chance to uninstall malfunctioning extensions without a complete device restore. 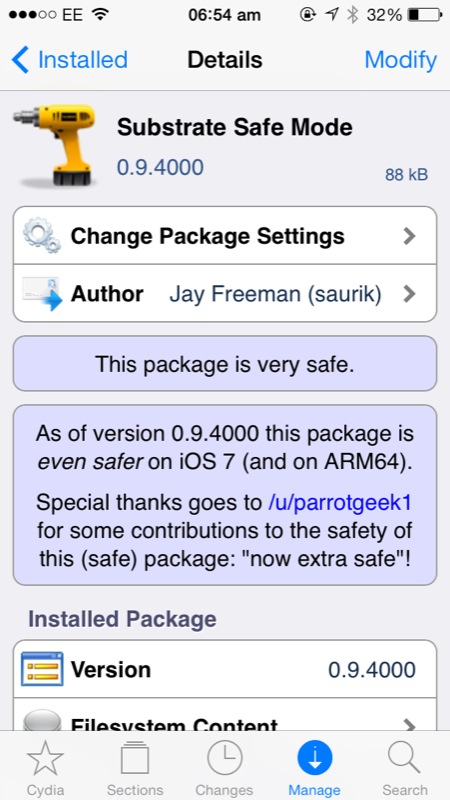 Do visit Cydia app and go to Changes tab to install the Substrate Safe Mode 0.9.4000. Recommended installation as it would free you from any worries and make your jailbroken iDevice a lot more safer.