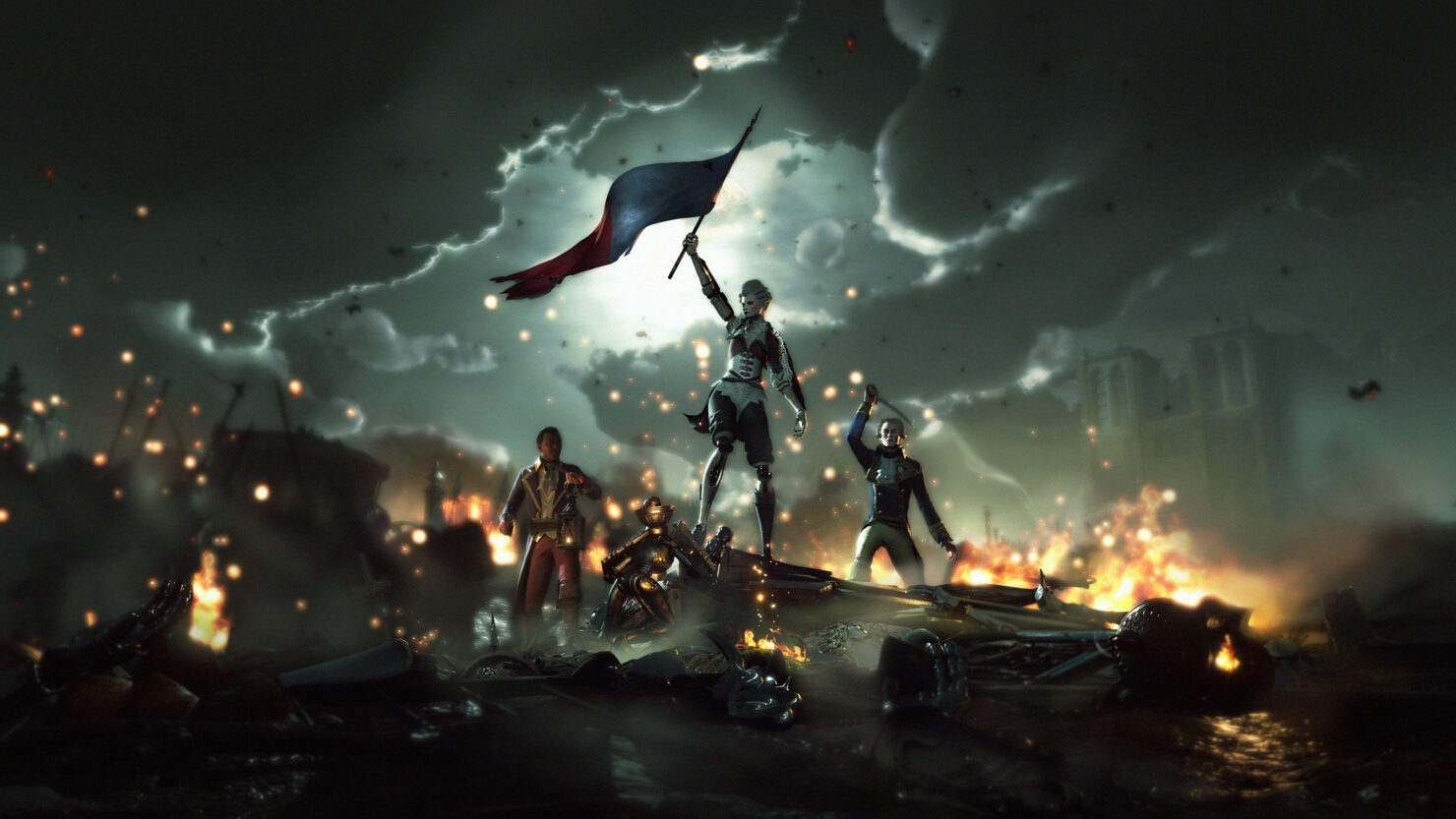 The Soulslike game Steelrising has been delayed from June to September 8th, as revealed by Spiders, the French team behind games like The Technomancer and GreedFall.

On the upside, there's a new six-minute-long gameplay video available via Game Informer. As a reminder, Steelrising will be published by Nacon (the parent company of Spiders since 2019) for PC, PlayStation 5, and Xbox Series S|X.

Combine Aegis's strength and speed with your skill to fight robot armies and change the course of history!

• A unique and mysterious heroine
Paris, 1789. The city is in the grip of terror. The Revolution has been suppressed with bloodshed by Louis XVI and his merciless mechanical army. It falls to Aegis, an engineering marvel, to take on the king's ranks of automatons and change the course of history.

As Paris burns and bleeds during the Revolution, you are Aegis, an automaton masterpiece made by Vaucanson, an engineer in the service of the Clockwork King. Make the most of your mechanical prowess to adapt Aegis to your style of play and become a fearsome warrior, a deadly dancer or a virtuoso of elemental arts.

• Dynamic and challenging gameplay
Engage in ruthless and intense fights against technological marvels that are as complex as they are unforgiving. Your nerves and skills will be tested to their limits at every moment spent battling these relentless enemies and epic bosses.

• Paris is your playground
The City of Light has been plunged into darkness and is in need of you. Use your energy, flexibility and tools to navigate the streets, rooftops, neighbourhoods and castles of Paris and reveal hidden secrets.

• A fascinating story rooted in history
Delve into an enthralling alternate history filled with formidable mechanical enemies and potential allies with questionable motives. You are the only one you can count on to untangle the knots of history and ensure the Revolution succeeds!