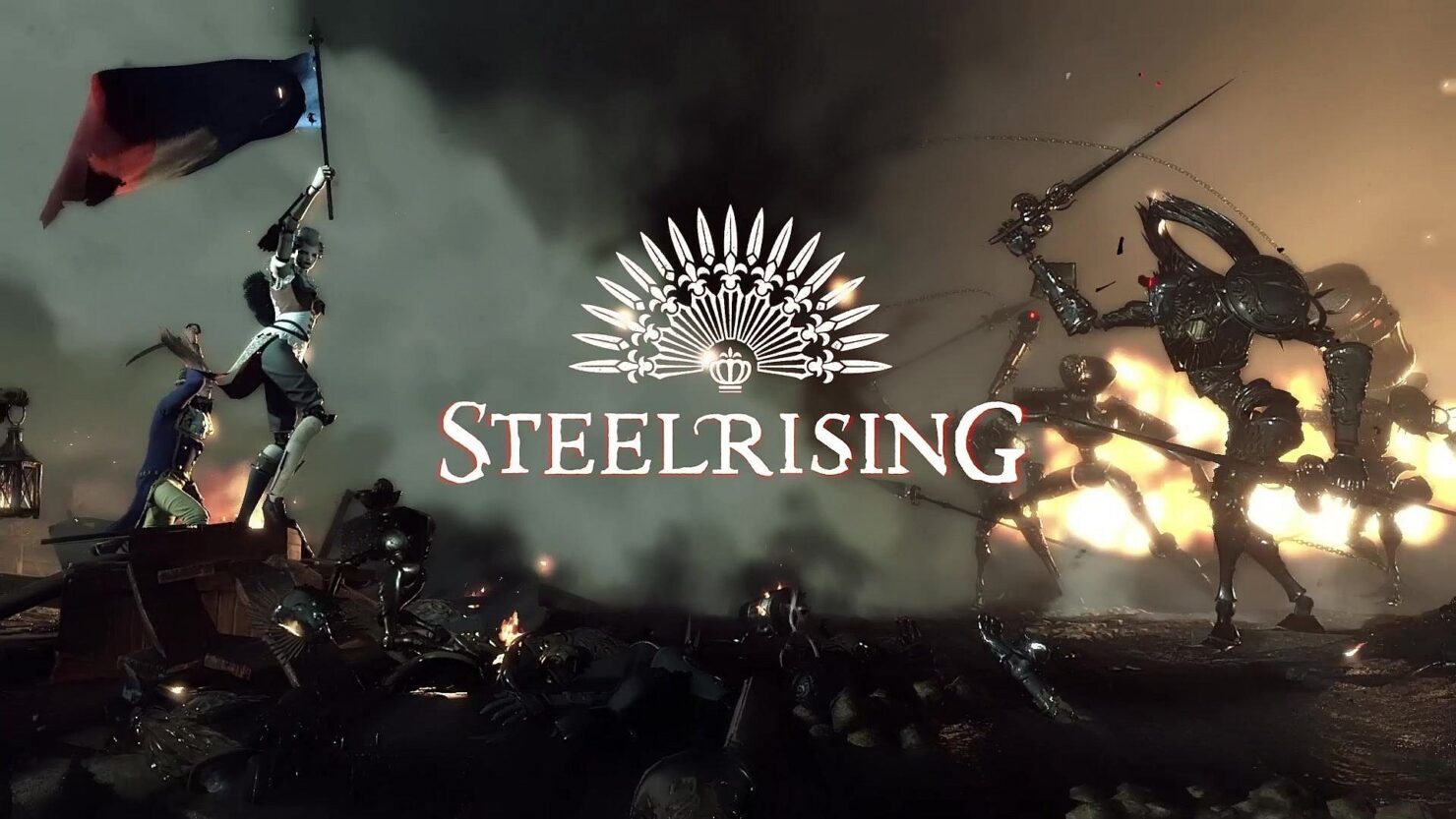 With the release of Demon's Souls and the ever-growing popularity of the Dark Souls series, From Software managed to create a formula that has become over the years extremely influential, so much that a whole subgenre of hardcore action RPG called Soulslike has spawned from it, a genre that now a lot of developers are trying their hands at, with very varying results. Soulslike are everywhere, to the joy of fans and to the detriment of those that cannot stand them, and they are not going away anytime soon.

The next development team that will try its hands at the genre is Spiders. The French developer, who is already known for developing solid action role-playing games like Greedfall, is currently working on Steelrising, an action role-playing game that aims to combine the deep role-playing game mechanics the studio is known for with the Soulslike formula of weighty, stamina-based combat, environmental narrative, and meaningful exploration. And while the game hardly feels original when it comes to the gameplay, I feel that Steelrising does have the potential to set itself apart from other similar games.

Steelrising is set in an alternate version of the French Revolution where attempts at revolts have been quelled by Louis XVI with the automatons built by Eugène de Vaucanson, his favorite engineer. The violence unleashed by the king, however, makes the brilliant engineer revolt against his liege, which results in him getting imprisoned and his best creation, Aegis, taken away. This automaton, which was assigned to the queen as her protector, however, gradually starts gaining independence and eventually embarks on a journey to Paris to free her creator.

This very interesting premise is enhanced by the game's great atmosphere, which is very reminiscent of From Software's Bloodborne. There are plenty of similarities in tone between the two games, as both Paris and Yharnam are gothic cities full of slaughtered innocents and dangerous creatures lurking behind every corner, featuring a story-dictated passage of time that makes them feel even more haunting.

The Bloodborne inspiration is quite evident in Steelrising's gameplay as well. Being an automaton, Aigis has access to some very peculiar weapons that scale with different attributes in true Soulslike fashion which can unleash specific special attacks often involving the weapons transforming. The Spiders' game also features long-range weapons like guns, which are not as powerful as melee weapons but are still quite useful to build up elemental afflictions that can burn the enemy, freeze them in place, and so on. In the preview build I played recently, switching between melee and ranged weapons with Ice properties was definitely the way to go when using a heavy weapon, as enemy attacks have a wide range and they do not always get interrupted due to the Impact value, which works pretty much like Poise in the Souls series. 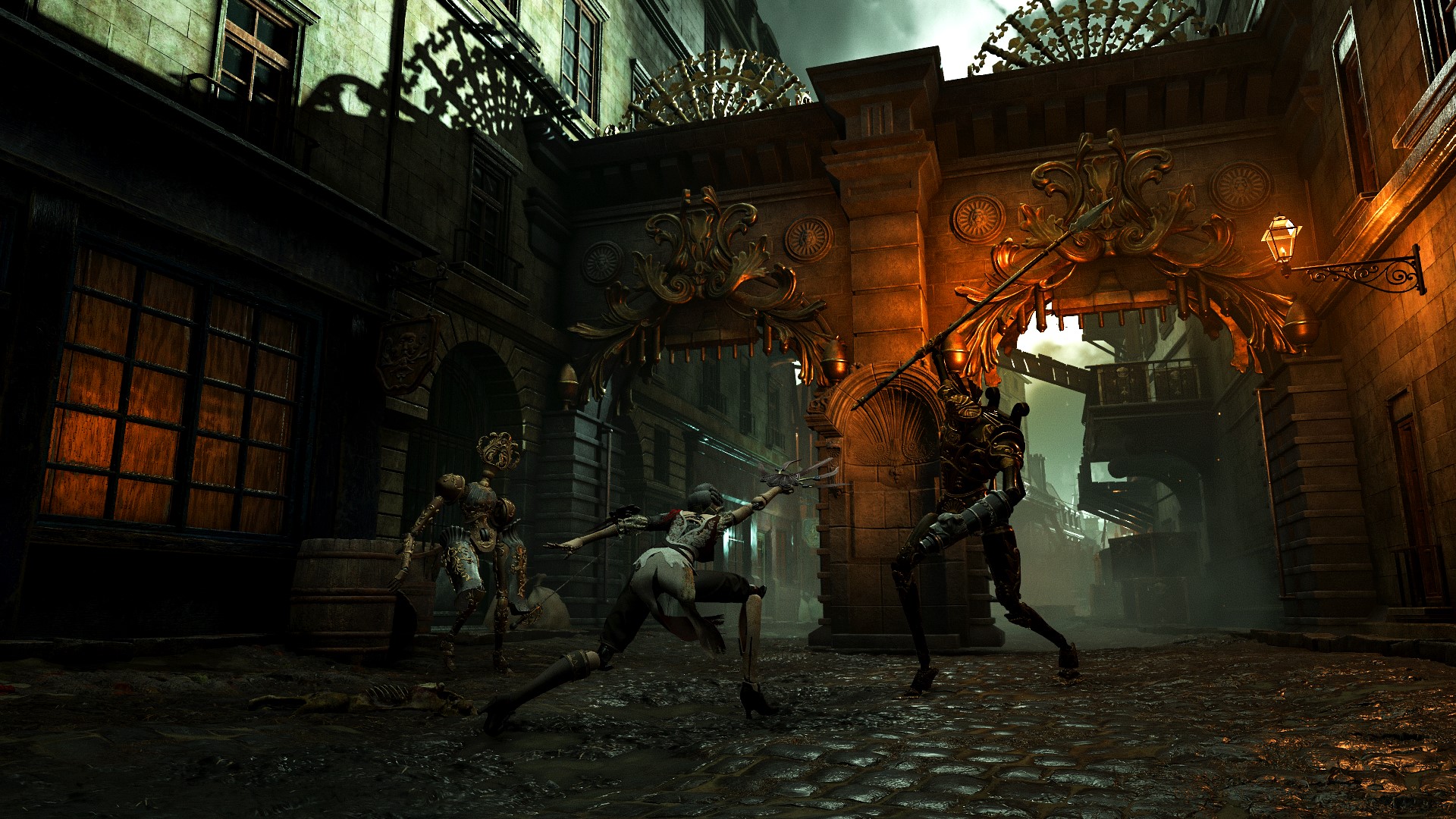 The importance of inflicting elemental damage and afflictions is clearly inspired by another Soulslike series, the Nioh series, and this is not the only gameplay mechanic inspired by it, as there is something akin to the Ki Pulse mechanics as well. Once Stamina has been depleted, players have a couple of seconds to press a button to restore it instantly, at the cost of some Ice elemental buildup. Balancing the need for Stamina with the elemental buildup creates a nice risk-reward system that makes fights against bosses quite tense, considering Stamina consumption is quite high and it is easy to deplete it in the heat of a fight. Character customization also seems to have taken a page from the Nioh series, as there are Modules that grant passive skills that can improve Aigis' performance in battle, allowing players to further customize their unique build. There will be no respec, however, so all choices when it comes to stat increases will be permanent. This, thankfully, shouldn't be too much of a problem, as Steelrising will feature an Assist Mode that will allow players to tweak the game's difficulty by altering some paraments like damage reductions, stamina regeneration, experience loss upon death, and easy cooling.

Steelrising has solid mechanics, but does it feel good to play? It definitely does, although it is a little rough around the edges right now. While the ability to jump has allowed the developer to create maps with great verticality, the jumping attacks feel extremely weird, especially the light attacks which make Aigis float in the air temporarily and leave her open for far too long. The main character generally controls smoothly enough, but some wonkiness with hitboxes and hurtboxes can make dodging attacks difficult. Light attack combos also feel weird, as I had to press the attack button twice to unleash them consistently, as the timing for a single button press is weirdly strict. As Steelrising is still a few months from release, however, I expect some of these issues to be fixed by the time the game launches. 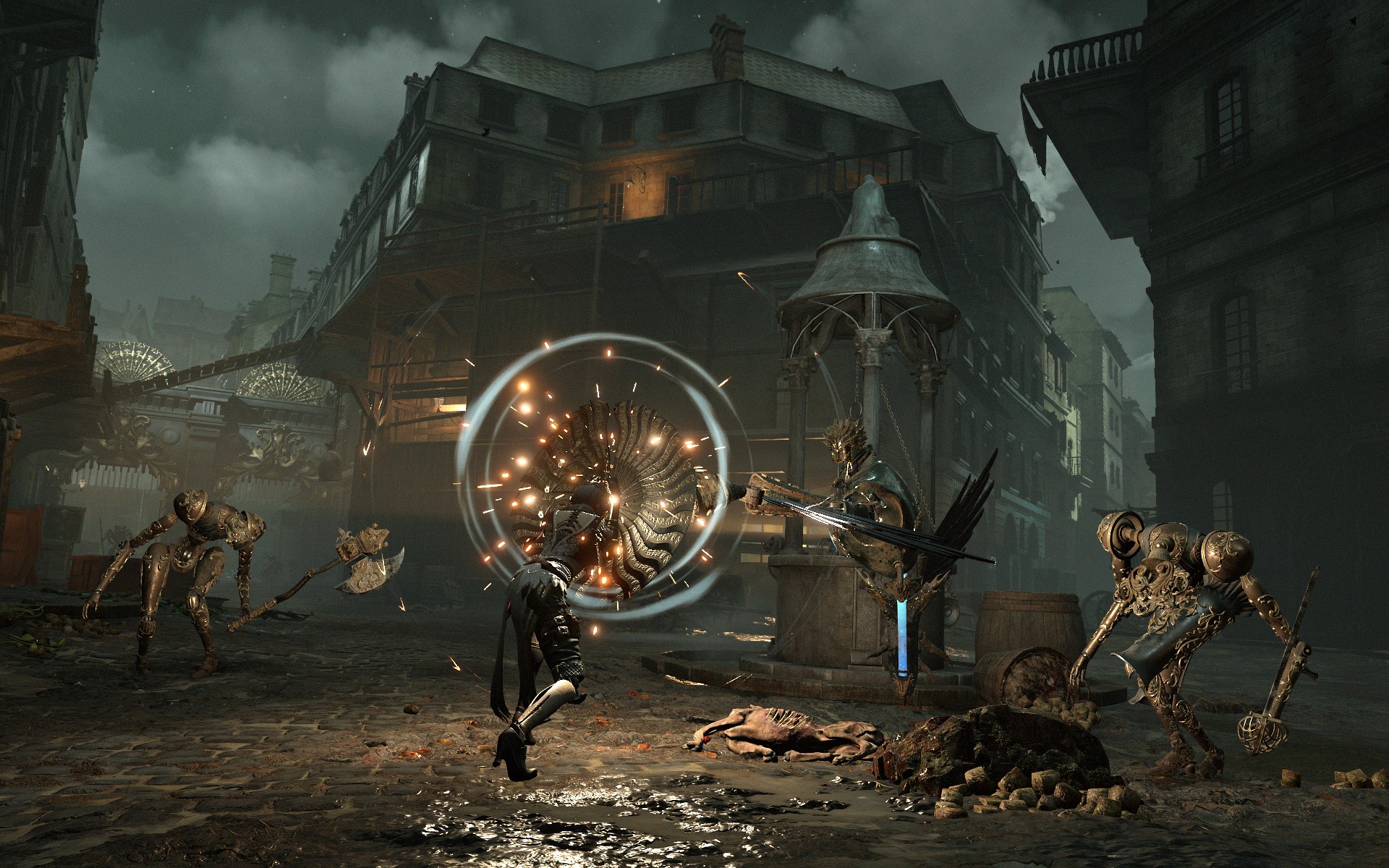