Roleplaying games are usually quite predictable when it comes to their settings. It's hard to escape the usual ones: fantasy, post-apocalyptic and Sci-fi.

That's all the more reason to praise the choice made by French studio Spiders to set The Technomancer on Mars, the Red Planet. Truth to be told, the developer already published Mars: War Logs in 2013; the setting is the same, though this time around the game takes place in another area with different characters.

The main character is still a Technomancer, though, as per the title. Technomancy will be a familiar term for those who dabble in science fiction reading; essentially, it is the ability to gain "magical" powers through technology. In this case, the powers mostly amount to the ability to use electricity both offensively (a bit like good ol'Emperor Palpatine in Star Wars) and defensively, for example by creating a magnetic shield to repel attacks for a while.

It is quite satisfying, to tell you the truth, but if you don't feel that way you can just choose to improve your character in other areas. There are four skill trees in The Technomancer: one for technomancy and one each for the Rogue, Warrior and Guardian combat styles.

These are the same ones you could find in previous games by Spiders. The rogue style combines a one handed sword with a gun, the warrior style employs a two handed weapon like a staff and the guardian style uses mace and shield.

Unlike most other action RPGs, you don't have to commit to just one combat style once and for all. In fact, you can switch seamlessly during combat between the different stances if you feel the need, though obviously you will only be able to specialize in two or three of the skill trees at most. I chose technomancy and the warrior style because I find that they mesh very well; the staff is not very fast but has lots of area of effect (AoE) attacks, which is an ideal tactic when enemies get stunned by my character's electric attacks.

The combat was already well done in Mars: War Logs and Bound by Flame, but it's been further improved here. The AI is quite good and while the game is no Dark Souls in terms of difficulty, it can be fairly challenging when played at Hard mode where dodging is often vital. Combat is also pretty nifty to look at since the game occasionally slows time to let you appreciate the moves in a better way.

Furthermore, The Technomancer offers players the opportunity to approach combat stealthily. You may trigger stealth mode simply by clicking the left stick of your controller at any time. Unfortunately, the experience with stealth action is not as great; that's mostly because the AI's detection range goes unpredictably from too good to non-existent.

As with many roleplaying games, in The Technomancer you can sometimes resolve situations peacefully within dialogues; raising your character's Charisma will help greatly towards that end.

Voice acting is decent, while the story itself eventually got interesting enough to keep me hooked on playing just because I wanted to progress in it, rather than merely out of a reviewer's obligation.

This is the largest game Spiders ever made, and it shows. When we spoke with CEO Jehanne Rousseau, she told us that the main quest would take 25-30 hours, which could be bumped up to 50 when counting side quests.

After roughly 16 hours of gameplay, I feel confident that the promise has been kept. I did most but not all of the side quests so far and the story still feels a long way from its conclusion. The increased longevity also indirectly improved the depth of the characters featured in The Technomancer, since there are more quests detailing their motivations and showcasing their natures. There's even a day/night cycle in place, which means that some quests will only be available at certain times of the day.

Zachariah, the game's protagonist, has a rather unusual cast of companions ranging from a pop star turned spy to a mutant who acts dumb but turns out to be extremely smart. Players may choose two of them to bring into combat; while companions don't have a levelling system, they can be equipped with better gear and they can be given basic orders on their overall stance (such as offensive/defensive/healing).

There's also a relationship system in place between Zachariah and his companions. Aiding them in their personal situations will improve Zachariah's standing, which can even lead to romance.

So far so good, but what's the single most disappointing aspect of The Technomancer? That would easily be the size of the world you move in. While areas are definitely larger than in Spiders' previous games, in the end it's impossible not to feel funneled most of the time.

It's a pity, because other than denying any sort of meaningful exploration this shortcoming also has the side effect of severely diminishing the player's immersion into this fictional Mars. Few of the game's locations actually feel like real places, whereas these days we are very much accustomed to large, seamless open worlds.

This is most likely the engine's fault. The Technomancer is powered by the Silk engine, which is a version of the PhyreEngine modified in-house by Spiders. While the visuals have been considerably improved here to the extent that the game can look more than adequate under the right circumstances (the city of merchants, Noctis, is the most eye-catching locale thanks to its many lights), it seems pretty obvious that this engine can't handle a true open world game.

Hopefully, the developer will choose another engine for its next projects, like Epic's Unreal Engine 4 (which is being used by several games due to be published soon by Focus Home Interactive). That said, if you're ready to accept that you won't be wandering off like you would in Fallout 4 or The Witcher 3 then The Technomancer is a solid purchase for RPG fans. If not at full price, at the very least once discounts kick in. 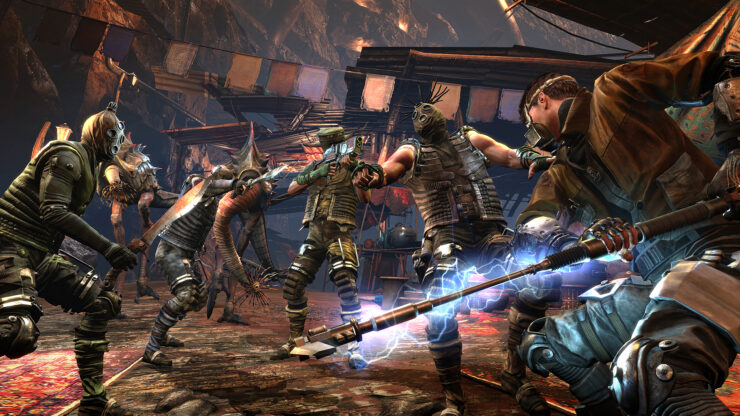 The Technomancer is a well made action-RPG and the best title released by Spiders so far, thanks to the additional polish and increased size of the game's content. Just don't expect to be able to explore a massive world like those in Fallout 4 or The Witcher 3 or you may be disappointed.