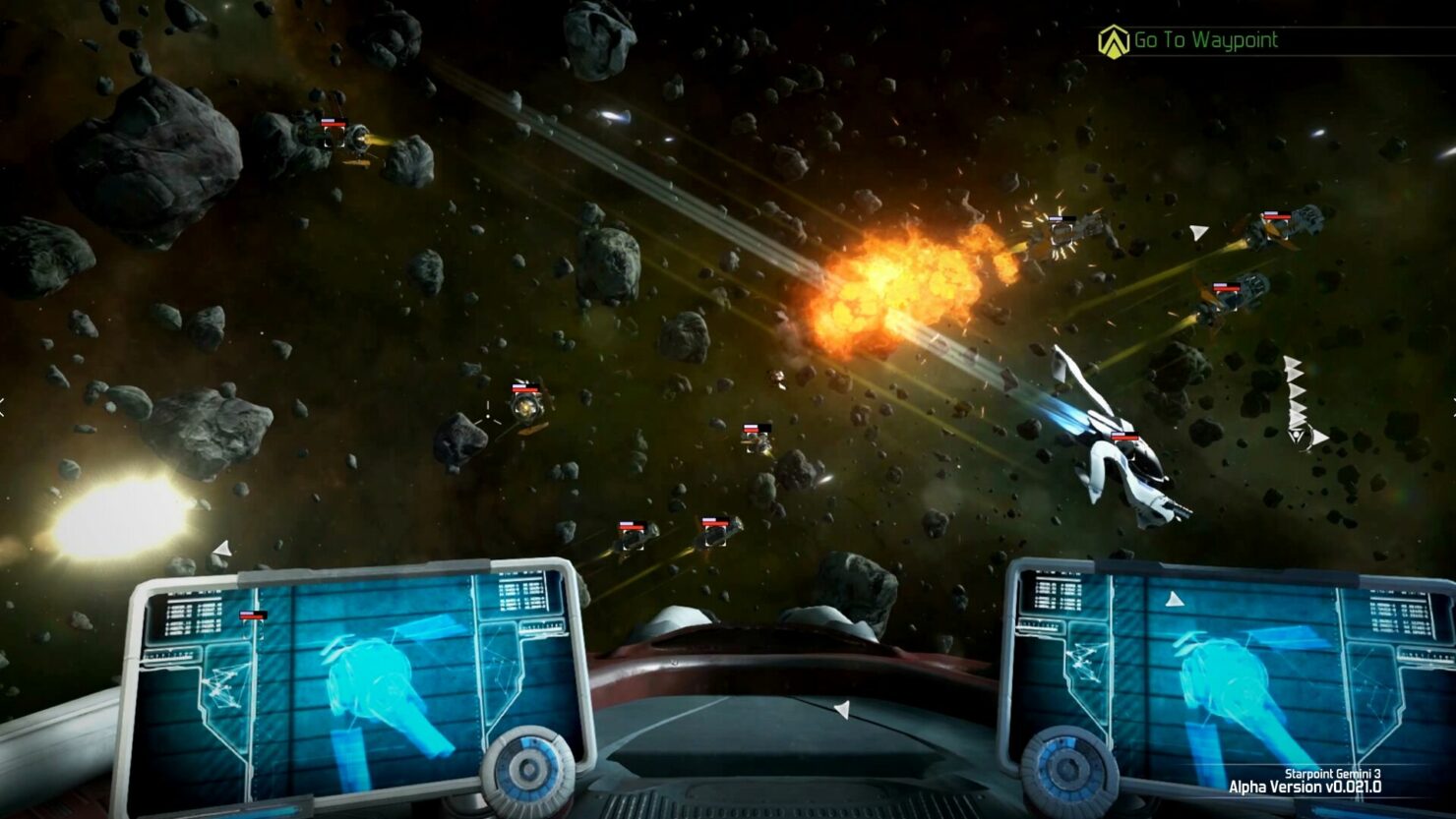 It wasn't too long ago that Starpoint Gemini 3 was announced, revealing that for the first time ever, the game would feature 3D NPC's. More aspects were covered later on, particularly when developers Little Green Men Games started a developer diary and covered in depth a number of the new aspects.

Some of these new elements include the fact that you will be a part of your very own story, particularly starting with your own smaller ship and upgrading from there. You will be interacting with these aforementioned NPC's, taking quests from them and freelancing for them. The rewards for your actions will let you upgrade your ship. Your proficiency in these as well as your ability while exploring and fighting will let you personally upgrade your skills. It's all more focused, more RPG.

This brings us to the very first gameplay trailer of Starpoint Gemini 3 and what it may reveal about the game so far. Or, at least, what it depicts from what we already know.

The first thing to take away is that I love the music. Now, did I find myself suddenly intrigued by the country-style intro? Yes, yes I did. One of the best and most memorable introductions to a TV show I've ever found is still from Defiance. Granted, the music that follows is far more in-line with the action featured on screen. We see the fast-paced action from the cockpit view of your craft, chasing and shooting other ships while likely thinking about avoiding the much larger ones.

What's best about it is that it all looks very open, something that LGM Games did point out as a feature early on. Starpoint Gemini 3 will go beyond Gemini and be open, rather than segmented. This freedom should be great for any fans of the genre. Also, towards the very end of the trailer, following LGM games telling us that the game will be epic, is a shot of a bar in which we get to see the series very first full 3D interactable NPC's. Now, being a lover of alcohol, I like bars. It will be interesting to see how it all ends up looking and working when the game is finally released.

You can, of course, check out Starpoint Gemini 3 on Steam right now. It's due to release on the PC sometime this year, so all we can do is look forward to it and keep up to date on any news that's revealed.

The key features, as listed on the store page are as follows: