Star Citizen is, as always, making progress rather quickly these days. The kind folks at Roberts Space Industries have released the details regarding their latest update to Star Citizen and the playable modules. Star Citizen Update 1.1, brings with it a number of changes to include two new ships, one for the hanger and one to take out and test with your friends and foes alike. There is also quite the long list of fixes for the hanger and the Arena Commander modules as well. 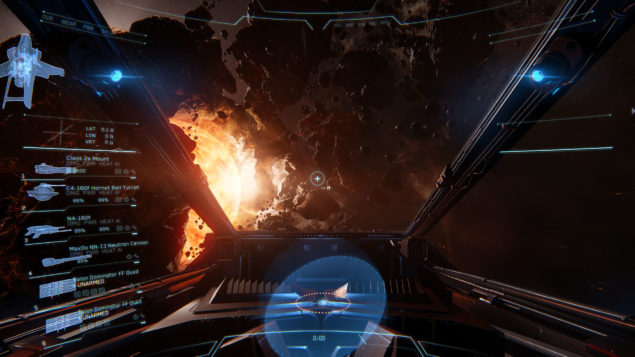 One of the more prominent additions is that of the Automatic Approach landing mode functionality that's been added. If you've ever piloted anything before, be it virtual or in real life, the landing is always the trickiest part, but now the work can be done for you so you don't either miss where you're landing or just plain crash into the landscape.

Also hot on this list is the Free Flight Multiplayer mode. Previous to the update, Free Flight mode was only a single player affair where you could explore a relatively small given area by yourself without the threat of being blow to bits. Now you can explore that area with other people, and without the fear of being blown to bits.

Smaller additions that are still noteworthy are that of the Gladius ship that can now be flown in combat, and the Retaliator, which can be enjoyed and played upon in all its glory in the hanger. The Retaliator can be had for the low price of $275 while the Gladius can be your for just $90.

Below are the list of changes and additions that come courtesy of the Roberts Space Industries website, for your convenience.

(PTU) – Denotes an issue from PTU that was fixed