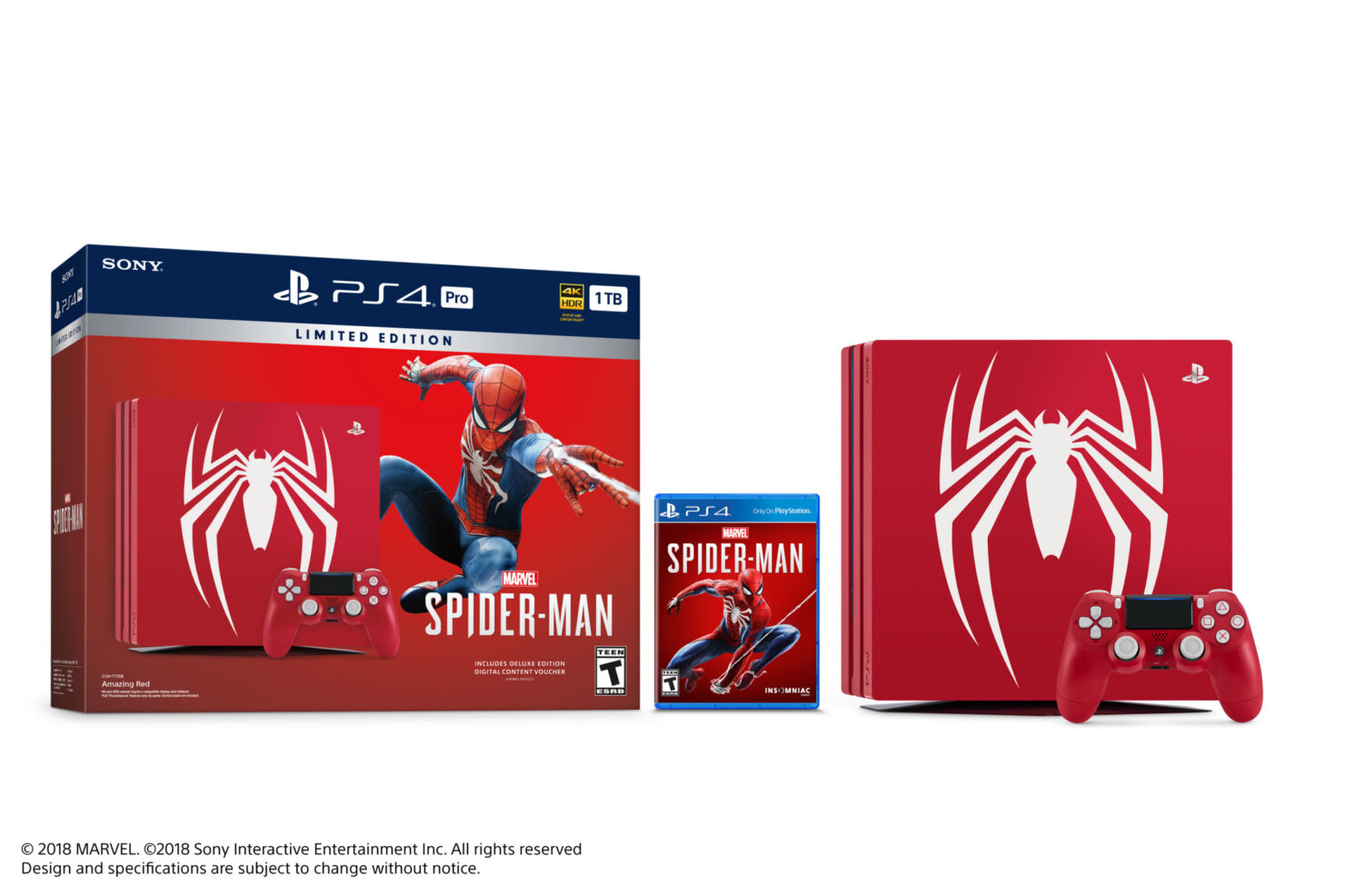 During San Diego Comic-Con, Marvel, Insomniac and Sony announced a slew of Spider-Man news, starting with a limited edition PlayStation 4 Pro bundle available on September 7th (like the game itself). Priced at $399.99, it can be pre-ordered right now via Best Buy.

During the Marvel Games panel, Insomniac also shared a brand new story trailer and revealed additional details, such as the third pre-order suit.

As part of the panel, we showed off our latest story trailer, which had a first look at our original take on Silver Sable, a longtime anti-hero popularized in the pages of the Amazing Spider-Man, in our game. And you could finally hear Norman Osborn himself speak!

As you saw in the trailer, as events in the city begin to escalate in Marvel’s Spider-Man, Mayor Norman Osborn is willing to take no risks during his re-election bid. He hires Silver Sable and her mercenary organization to restore order to the city – which includes stopping someone he believes is contributing to the mayhem: Spider-Man.

We also get to see a glimpse of Spider-Man, MJ, and Miles Morales together for the first time. One of the game’s themes is partnership, and this is a little glimpse showing that Spider-Man is even greater if he relies on help from his friends.

We were pleased to introduce some new members of our cast on the game as well. You already know Yuri Lowenthal is playing Spider-Man, but we also introduced Stephen Oyoung as Mister Negative / Martin Li, and Laura Bailey as Mary Jane Watson.

Many of you had guessed that the final mystery suit in our Spidey Suit Pack pre-order offering would be revealed at SDCC. We revealed the new Velocity Suit – an original suit for the game that was created by acclaimed comic book artist and film character designer Adi Granov. It joins the Spider-Punk suit and Iron Spider suit (inspired by Marvel Studios’ The Avengers: Infinity War) to round out the set. Here’s all three suits in action, and even if you do not pre-order, you can earn these suits in-game as well.