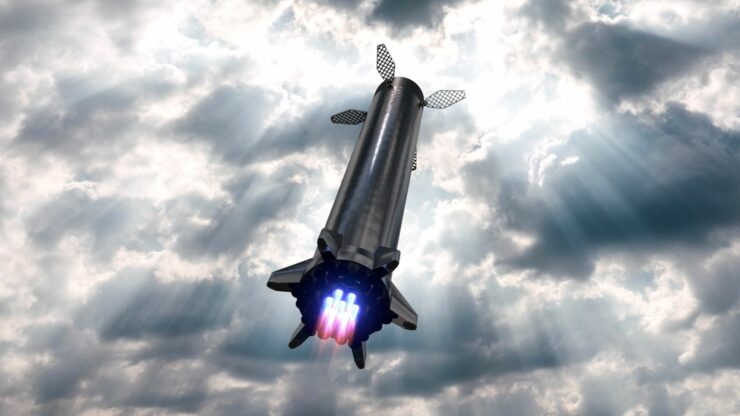 Astronautic launch services provider and equipment manufacturer SpaceX is busy building its next-generation launch vehicle dubbed Starship in Boca Chica, Texas. Starship will be SpaceX's platform for missions beyond low Earth orbit, including those to the Moon and to Mars. It is the company's only launch vehicle that is truly capable of delivering payloads classified under the 'super-heavy-lift' criteria by NASA, with SpaceX's other vehicle, the Falcon Heavy, managing to edge its way past the lower limit (50 tons) of the classification through a theoretical payload capacity of 63 tons.

For Starship, SpaceX's founder, chief engineer and chief executive officer Mr. Elon Musk today shared his beliefs on when we might get to see a crucial component of Starship undergo its first flight test. Mr. Musk, who is known for his optimistic deadlines, has often seen his timelines balanced out by SpaceX's chief operating officer Ms. Gwynne Shotwell in the company's dealings with the industry and government agencies.

Owing to complicated nomenclature, SpaceX's Starship super-heavy-lift launch platform uses the term 'Starship' to refer to its second stage and the entire platform. The platform consists of two distinct parts - a booster that is needed to propel a payload beyond Earth's gravity and a crewed/uncrewed upper stage. The booster is dubbed as the Super Heavy booster by SpaceX, while the crewed/uncrewed upper stage is referred to as Starship, with the combination of the two also being called Starship.

Mr. Musk's comments that were made on the microblogging platform Twitter earlier today refer to the Super Heavy booster. As opposed to SpaceX's workhorse Falcon rocket lineup which uses the company's Merlin gas-generator rocket engine, the Super Heavy booster will be powered by the next-generation Raptor staged-combustion full-flow engine that uses liquid methane instead of kerosene as its fuel. The Raptor is more fuel-efficient than its predecessor due to the fact that it uses all of its fuel in the combustion cycle to generate thrust. 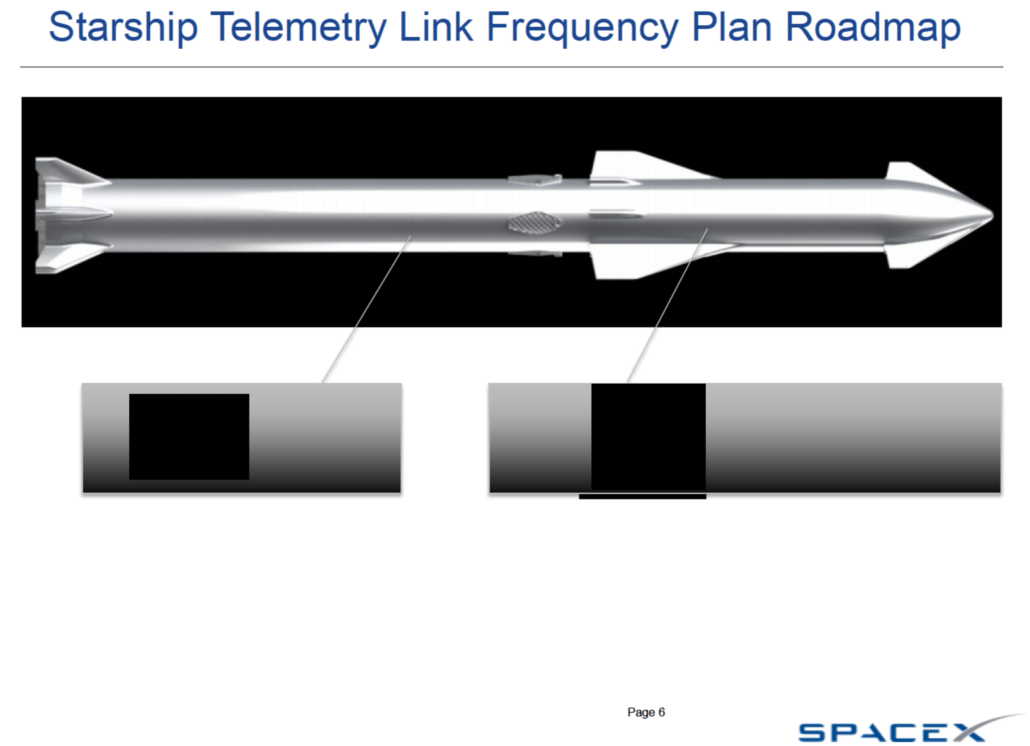 Starship link frequency plan roadmap part of SpaceX's presentation to the FCC in July. The image shows both the Starship upper stage and Super Heavy booster, with the grid fins in the center marking the end of the Super Heavy.. (Image redacted by Wccftech; Image Credit: SpaceX)

The executive believes that SpaceX should be able to conduct a prototype hop of the Super Heavy by October, after his other two companies Tesla and Neuralink have conducted their events and demonstrations. Neuralink is expected to showcase an interface to connect the human brain with a computer later today, and Tesla will hold its annual shareholder meeting and an important Battery Day event next month.

Should SpaceX conduct the Super Heavy's prototype hop, then the company will have achieved a critical milestone in the platform's development. So far, SpaceX has conducted two major hops during testing, one through a 'Starhopper' test-of-concept vehicle last year and another through the Starship upper stage's SN5 prototype earlier this month. Both tests used a single Raptor engine, and the Super Heavy's prototype hop should mark the first time that SpaceX uses multiple engines for testing if no further upper stage hops with multiple engines take place in the time between.

The final variant of the Super Heavy is expected to be powered by 28 Raptor engines for 16.5 million pounds of thrust, and the Starship upper stage is expected to use six Raptors optimized for use in the vacuum of space. In terms of priority for SpaceX, Starship development is currently second only to NASA's crewed International Space Station missions, and the company's $2 billion capital run completed this month is expected to contribute significantly towards the platform's development.

Update 12:07 ET: Mr. Musk further clarified at 11:49 ET that SpaceX only needs two Raptor engines to conduct the Starship Super Heavy booster's prototype hop. He has previously stated that the first few flights of the Super Heavy might end up using only 20 engines to reduce the risk of hardware losses.

An earlier version of this article stated the Super Heavy's thrust as 61 million pounds. This was due to a typing error and has been rectified with a statement from SpaceX's C.E.O. highlighting the Super Heavy booster's final design goal.