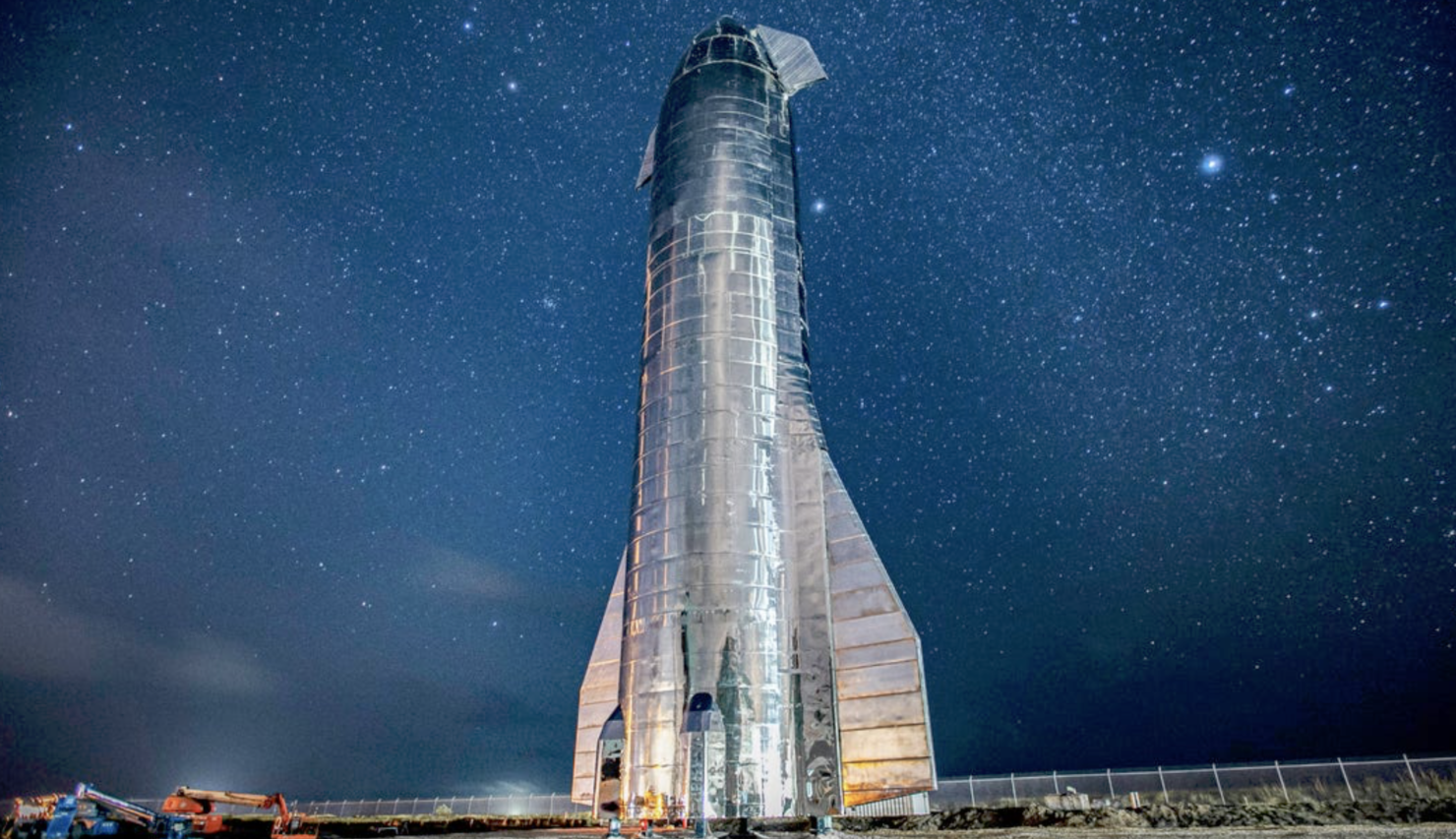 Launch services provider and equipment manufacturer Space Exploration Technologies Corp. (SpaceX) has fine-tuned the art of successive launches through reusable rockets via its Falcon 9 lineup. This has allowed the company to cut down on costs for both itself and its customers, and it has also enabled it to take the first steps towards creating a global internet based on non-geostationary satellites (NGSO) dubbed Starlink. Through the proceeds that it hopes to generate from Starlink, SpaceX hopes to fund the fundamental purpose behind its incorporation in 2002 i.e. to make humanity a spacefaring civilization.

SpaceX's launch vehicle for this mission, which is to send humans to Mars, is the Starship platform. This platform is made up of two distinct components – a Super Heavy booster and a Starship landing vehicle or the platform's upper stage for cargo and crew. The company is currently testing the upper stage in its facilities in Boca Chica, Texas, and the latest details from there suggest that it is also building a high bay to accommodate the Starship's Super Heavy boosters.

In the Starship launch platform's development history to date, SpaceX has primarily focused on building the vehicle's upper stage so far and the high bay construction suggests that it is expanding the scope of this development. This is further validated through the fact that recently, SpaceX's director of satellite policy Mr. David Goldman and five other company representatives conducted discussions with representatives of the Federal Communications Commission (FCC) to discuss launch spectrum frequencies for the Falcon 9, Falcon Heavy, Dragon and more importantly, Starship.

SpaceX's discussions were conducted in a conference call at the start of this month with members of the FCC's Office of Engineering and Technology, the Wireless Telecommunications Bureau and the International Bureau. While the Ex Parte filing with the Commission made on Tuesday does not reveal the contents of the call, SpaceX's attached presentation and the filing's docket number provide key hints about the agenda.

In the presentation attached with its filing, SpaceX revealed the telemetry link frequency roadmap for the Super Heavy Booster and the Starship upper stage. The bands for these frequencies indicate that SpaceX is getting ready to test the Starship platform, and especially the Super Heavy lower or first stage.

The details reveal that for the Super Heavy, SpaceX has assigned three frequencies in the 2360 MHz - 2395 MHz spectrum to the booster. This spectrum is used primarily for the launch testing of missiles, aircraft and launch vehicles. Considering that SpaceX has commenced constructing the Super Heavy's high bay in Texas, it's looking as if the company is ready to get the ball rolling on a flight test of the Starship launch platform – or at least of the Super Heavy booster. 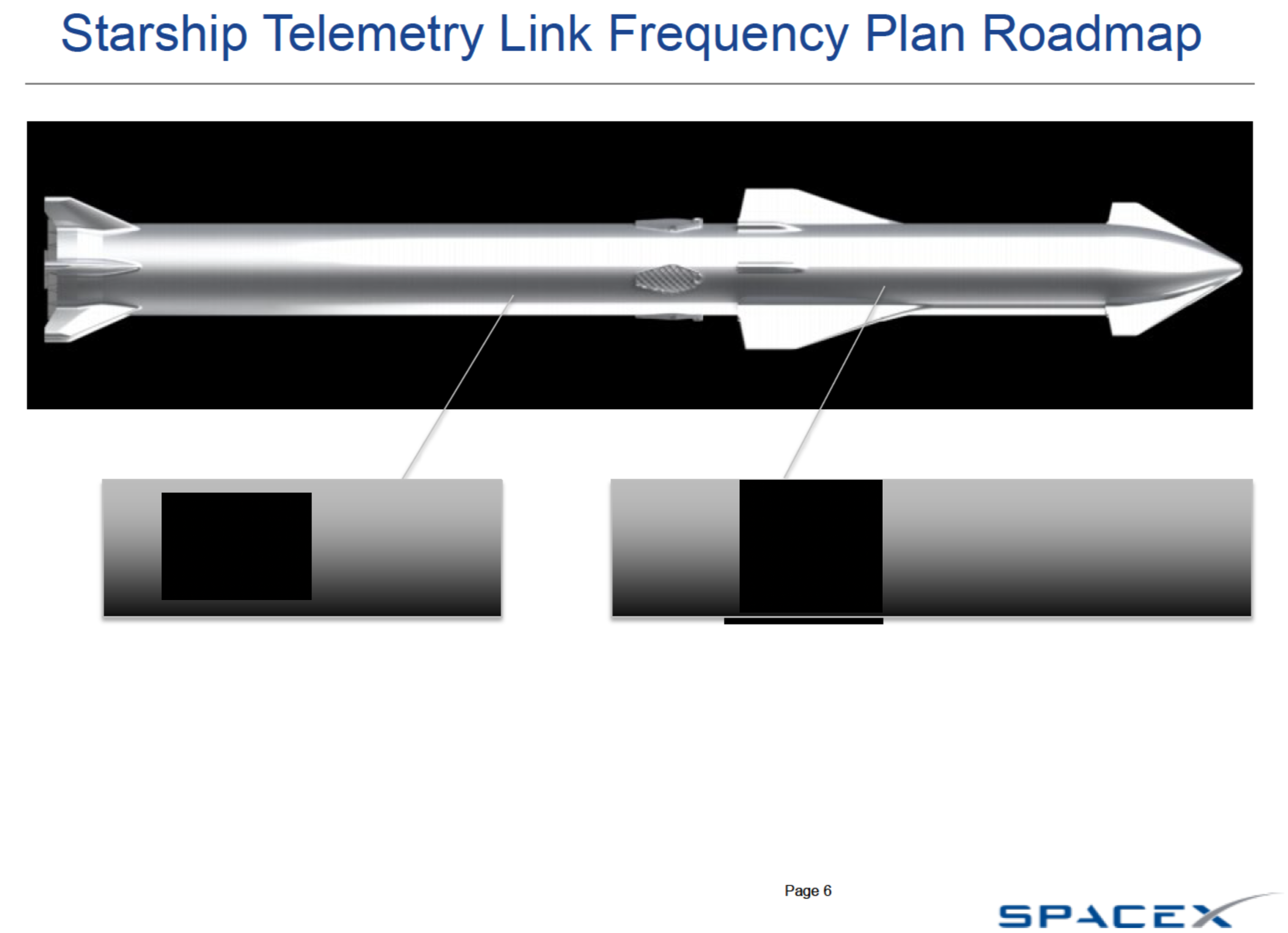 Additionally, the frequencies for the Starship upper stage were also part of discussions between the two entities, and they employ the same band that is used by the Falcon 9 lineup for its launch and landing telemetry requirements. The Falcon 9 lineup uses the FCC's 2200 MHz - 2290 MHz spectrum for these purposes, and so will the Starship upper stage reveals SpaceX's presentation.

Frequency usage by the Falcon launch vehicle lineup segregates this use into three categories covering pre-launch checks, launch and landing requirements. Interestingly, for the Falcon Heavy, SpaceX has currently assigned the 2360 MHz - 2395 MHz allocated for testing. These allocations have been made for the two side boosters of the vehicle and will be utilized for their landing. This allocation suggests one of two things, which are that either SpaceX is still categorizing the Heavy as being under testing or that the company does not want to cram all of its landing boosters in one frequency band.

The 2200 MHz band used by SpaceX for the Falcon 9, Falcon Heavy and future Starship upper stages is categorized for use exclusively by federal agencies including the Department of Defense (DoD) and the National Aeronautics and Space Administration (NASA). To gain access to this spectrum, commercial and non-federal operators have to obtain a Special Temporary Authority (STA) from the FCC, which co-ordinates with the National Telecommunications and Information Administration (NTIA) to ensure that federal needs do not clash with commercial needs. 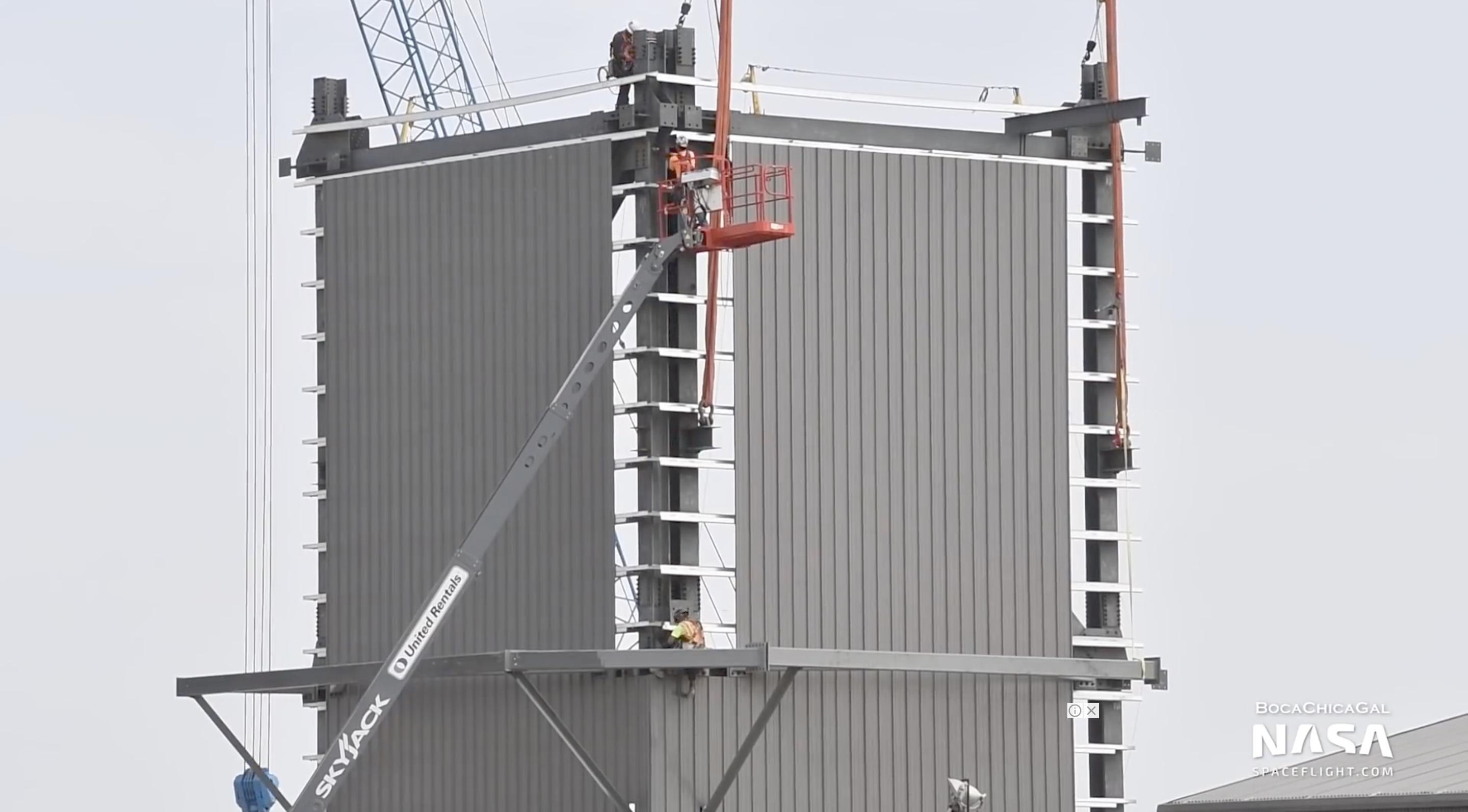 SpaceX and other commercial entities have repeatedly urged the FCC over the years to remove the need for filing these STAs due to cost and time constraints. And while the Commission has been sympathetic to these demands, it is yet to change any existing rules to modify the spectrum licensing needs. In comments filed with the FCC, SpaceX has urged the body to change the requirement that non-federal use is limited to launches from federal sites, allow licensees to gain spectrum access for multiple launches at the same time (reducing costs), expand the 2207 MHz - 2219 MHz by 2 MHz in each direction to accommodate heavy-lift vehicles and expand spectrum usage to FAA-licensed ports.

The fact that this presentation was filed in the FCC's docket for proposed changes to the aforementioned spectrum licensing requirements hints at the content of the videoconference, suggesting that this issue might be on SpaceX's agenda for Starship as well. STA approval often takes long periods of time and without access to the right frequencies, SpaceX is unlikely to fulfill its goal of quick, successive launches for easy access to space and launch cost reduction.