Security, Productivity and Performance: All About Android 7.0 N 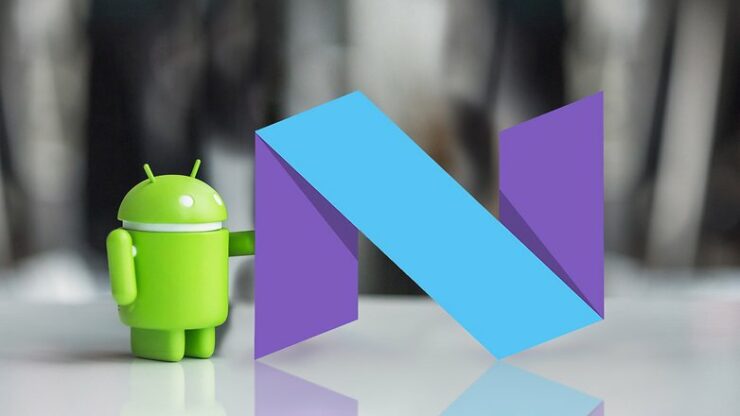 Google released Android N earlier this year, showcasing some of the features in the first two developer previews. Today, at its I/O event, Google talked about more features that are coming to the upcoming version of the operating system, along with confirming some that have been rumored.

The most popular mobile operating system in the world got almost a design overhaul earlier this year when Google surprisingly released the first Android N developer preview at least 2 months earlier than expected. While the changes that have been showcased in Android N aren’t as significant as the move from KitKat to Lollipop was, it definitely brings in some much-awaited features and improvements. Focusing more on how we interact with Android and improving user experience through faster runtime and reduced storage space required by apps, Google has tried to bring optimized experienced with its latest OS version.

We are redesigning how the features and the OS works to make the user experience better.

At today’s event, we saw several exciting features coming to Android N, including updates to the notification shade, improved Android runtime, and not to forget Daydream. Following is a recap of all the Android N features that Google talked about its event today. You can see that the company has focused on performance, productivity, and more than everything else, security.

The biggest changes in Android N are around performance, security and productivity. #io16 pic.twitter.com/h0pgmaoOnj

Google talked about the new Vulcan 3D graphics API that allows developers to gain direct control of the device’s GPU. The new API boasts lower CPU overhead than OpenGL, allowing devs to create better-looking games. Apart from graphics, Google also talked about improving Android runtime by at least 75%. Dave Burke, VP of engineering for Android said that the improved Android N runtime means that the apps will run faster and take up less space – a good news for low-end smartphones.

We have already talked about Android's latest battery-saving modes that work wonders for the Android devices. The new Doze on the Go battery-saving feature is an improvement of Doze which was released with Android 6.0 Marshmallow. The improved feature puts a stop to the background computing if you haven't been using it for a while. While Doze worked only when your phone was idle and stationary, Doze on the Go will help your phone take a break even when it's moving.

Thanks to the two developer previews that have already been released, we know some of the design changes that are taking shape in the latest version of Android. Notification shade has possibly received the most attention, allowing you to directly reply to messages, emails and more using the Direct Reply feature. While we knew about this feature, what we didn’t know is that by long pressing a notification, you can choose whether it’s blocked or hidden in the future, thereby asserting its visibility for the future. 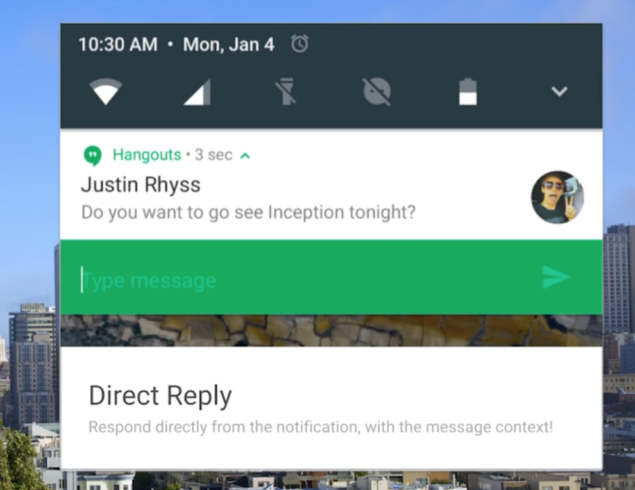 Burke also talked about the new multi-tasking improvements coming to Android N, including the split-screen support and the iOS-ish Picture-in-Picture mode. Previously seen in Android through its OEMs, Google has redesigned multi-window mode, working similar to Samsung and HTC’s skins, but now it will be baked in the operating system. The split screen feature is designed for tablets and smartphones, while Picture in Picture was advertised to be a feature only designed for Android TV. 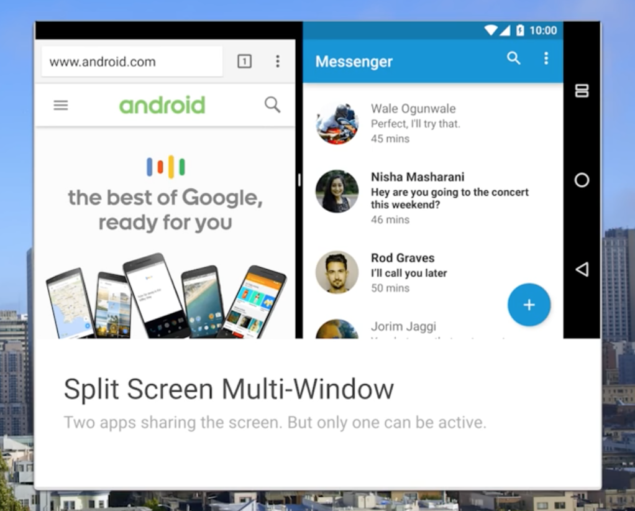 Since we are talking about productivity and new features, we should mention that Google has finally added a Clear all button to the recent apps menu, and the number of the apps shown in the recent apps UI is also reduced. Google has also made it easier to search for apps you haven’t used in a long time, in case you have forgotten their names. Another neat feature introduced in Android 7.0 is Quick Switch, which will allow users to switch between your most recent two apps. Just double-tap the recent apps button in the navigation bar to quickly switch to your most recent app, repeat to move back to the previous one.

Apart from this, emoji also received some screen time as Burke highlighted that Google is focusing on human looking and women in professional roles emoji that look more realistic and support different skin tones. 72 new emojis will be part of the latest Android N beta release. Sadly, Google didn't talk about the 3D Touch-like feature that has been rumored, possibly delaying it as the reports had claimed.

Coming to the security of the most-vulnerable mobile OS

At its event today, Google boasted that the company employs cutting edge technology and continues to strengthen defenses in the Android operating system. Android N introduces file-based encryption and media framework hardening. Focusing on the latter, Burke said that by improving security of media framework, you could improve the security of the entire device. Media framework has remained at the center of some malware schemes lately, possibly the reason for this new security focus.

Now, we all know most of the security mess happens because users fail to install the security updates. Which is why Android N will introduce seamless updates which will be automatically downloaded in the background, ready to use on the next install. Android has also ridden itself from the annoying Android update dialog. But again, even with the seamless update process, Google cannot possibly dream to improve Android’s security since these updates are sent through its carrier and hardware partners. Unless the company starts sending security updates to its over a billion of users, or forces its partners to do so more quickly and timely, fragmentation would keep scarring the operating system with security issues.

Google also introduced Daydream, possibly the most highlighted feature in Android N. Daydream is Google’s new VR platform, or rather a child of Cardboard. This new VR platform is designed with smartphones, headset, controller, and apps in mind. The company will be producing dedicated Daydream headset, but it will also support a VR Mode in Android N, supporting low latency and a VR system UI. This will enable Google’s partners to produce Daydream-ready phones. Google said that Samsung, HTC, Xiaomi, Huawei, LG, and others are already making VR compatible smartphones.

Having had so many children, Google is confused about naming its latest one. There are still many desserts left, sweetheart? Anyway, the company is asking users to help it name the next iteration of Android. Have you got a good non-McNamey name in mind? Go to Android and help Google find a name for Android 7.0.

Pumped up after reading all these new and old features that are coming to Android N? We certainly are. There may not seem to be many design changes, the OS has definitely started to focus more on user experience. If you are ready to try out over 250 new features that Android N introduces, head over here to download the first Android N beta. Google says it’s stable enough to be installed on your primary device.