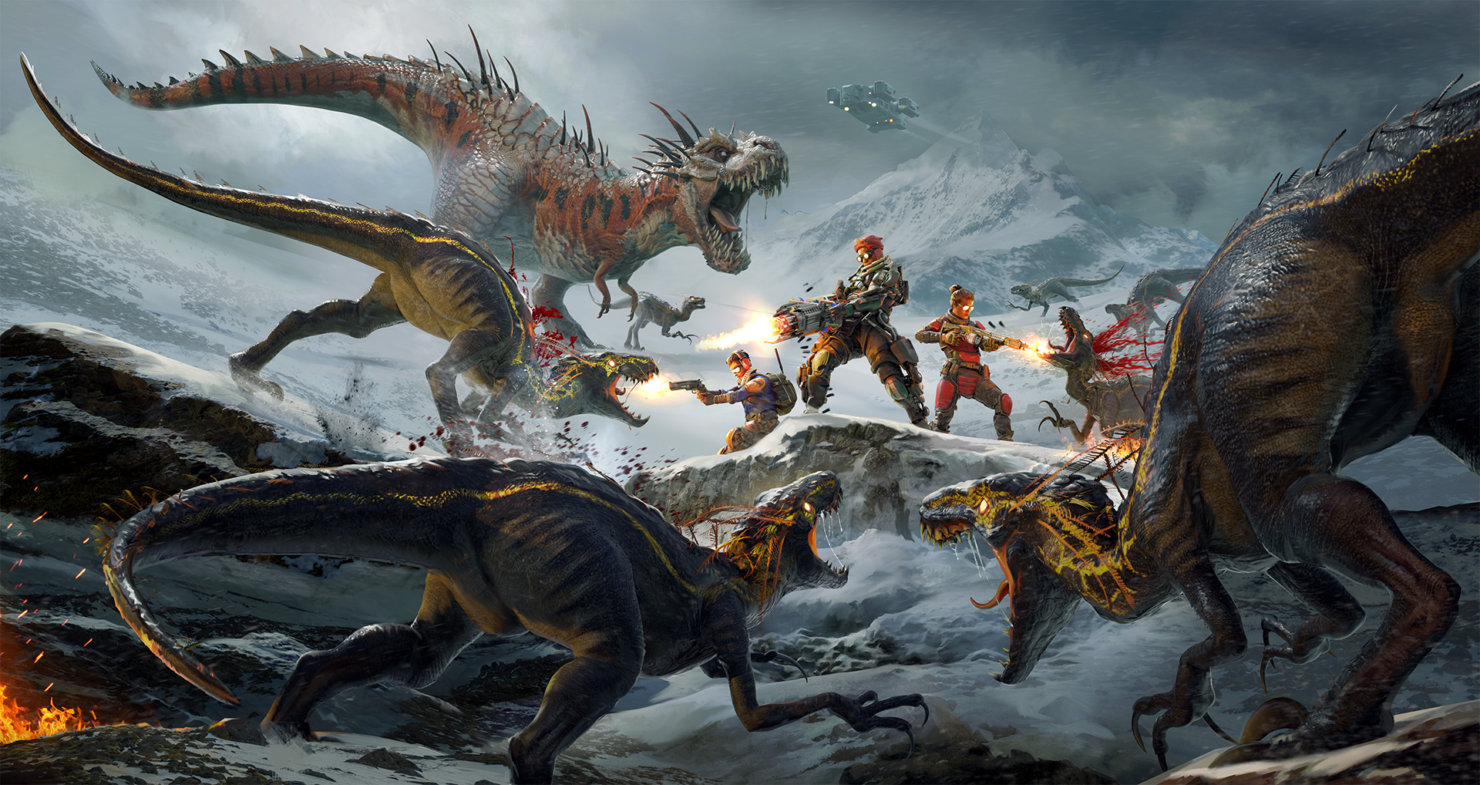 The online cooperative third-person shooter game Second Extinction will debut on Steam Early Access on October 13th, as announced by developer Systemic Reaction (a division of Avalanche Studios). Pricing was also revealed to be $24.99 during this phase, though it is expected to increase for the final version of the game, which will also be available on Xbox One and Xbox Series consoles.

Second Extinction pits teams of up to three players together in fast-paced and intense battles to reclaim a dangerous frozen Earth from mutant dinosaurs. Fight side by side with your friends with a wide range of powerful weapons against beastly predators long thought extinct — now mutated and deadlier than ever! The War Effort is Second Extinction’s global metagame: by slaying dinos, completing missions, and more, players will determine the kinds of enemies, activities, challenges, and rewards they’ll face in different regions around the world.

Here’s what players can expect from Second Extinction in early access: