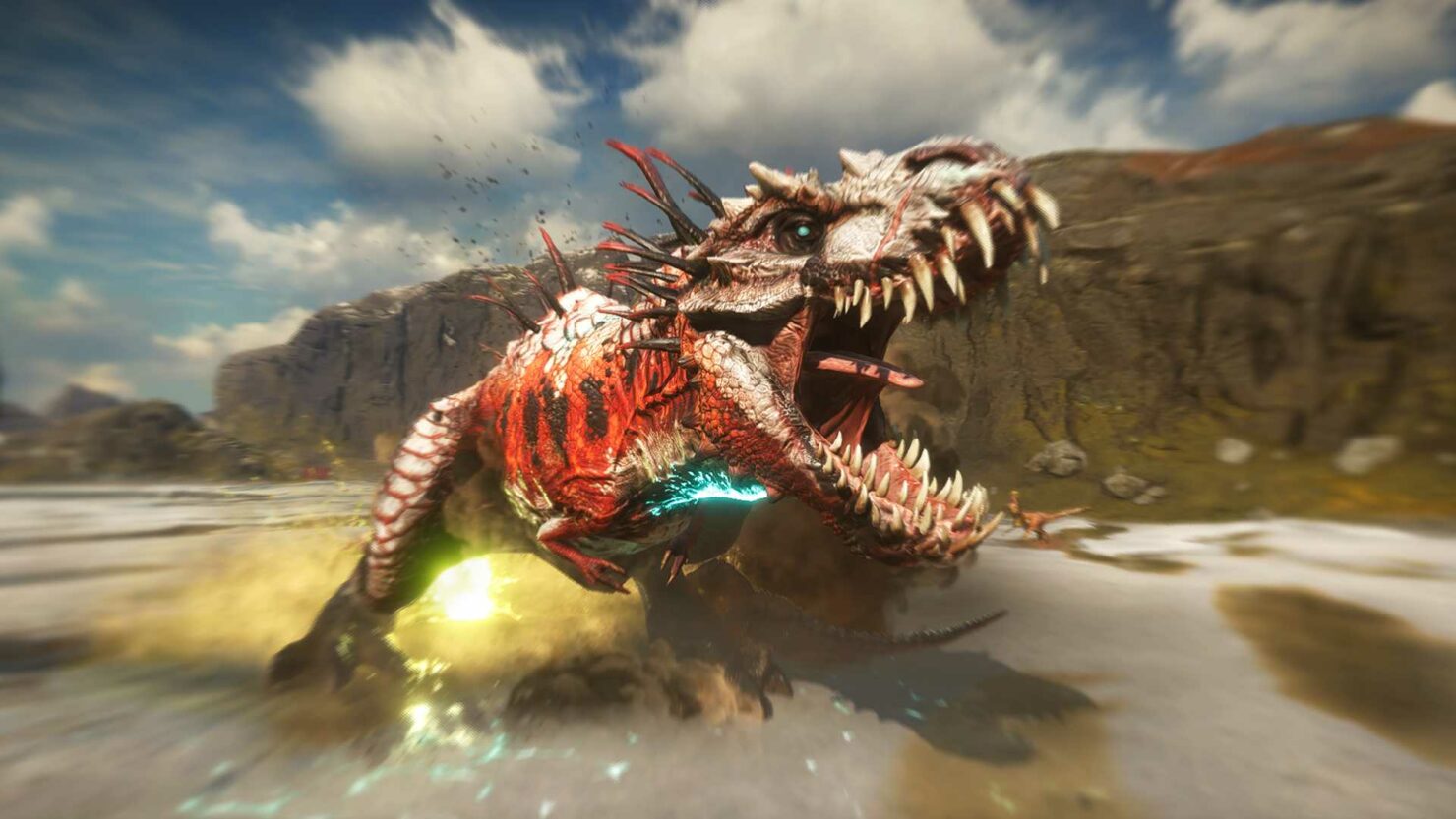 Second Extinction is the second game of Systemic Reaction, a Swedish division of Avalanche Studios Group, following last year's Generation Zero. An intense cooperative first-person shooter, Second Extinction puts you in the shoes of resistance fighters who are pushing back against the rise of rampaging mutated dinosaurs after these have taken back the Earth from humankind.

First unveiled during the latest Inside Xbox episode, Second Extinction will enter Closed Beta on PC (Steam) soon, while the full release will also be available on Xbox One and Xbox Series X.

We were able to have a brief chat with Brynley Gibson, Lead Producer for Second Extinction at Systemic Reaction, to glean a few additional tidbits about this upcoming title on your behalf.

Some may look at Second Extinction and think that you've swapped Generation Zero's robots for the dinosaurs. What will make this game unique?

We haven’t gotten that impression from anyone before. The two titles are quite different, to the point that they are being developed by two separate teams, in two separate sites but both within Systemic Reaction. One team still actively supports Generation Zero in Stockholm, and the team down in Malmö is a new team. This team was specifically built for and is only working on Second Extinction.

Generation Zero is a very different gameplay experience: slower pace, built around stealth and exploration. Second Extinction is a less subtle experience focused on non-stop action where chaos and intense battles rule the day. We feel both titles offer unique experiences to players and do not think of them as being in competition with one another. We think that fans of Generation Zero will enjoy playing Second Extinction, and vice versa but as complimentary not rival games.

Why did you settle on having a three-player co-op instead of the more traditional four-player party?

We experimented with different set-ups for cooperative play, including the traditional four-player party. We found that the 3-player dynamic served the gameplay better than any other setup, particularly when thinking about how different load-outs and playstyles were complementing one another. It just had a better flow. After pre-production, we abandoned the four-player party entirely and focused solely on having three-player squads.

Which gameplay incentives are you planning to entice replayability in Second Extinction?

Of course, there are the more traditional elements of upgrading your characters, finding new weapons, and getting better at the game generally to take on more challenging situations. There are also cosmetic rewards like unique skins for your character and weapons, emotes, and nameplates for your profile. We have a system of contracts that players can take on which will change on a regular basis and yield different kinds of rewards.

The game is also going to be evolving on a very regular basis as a whole both with updates and additions as well as something more fundamental. We want the game to be a true live product and that meant building a dynamic element into the core experience.

This resulted in a unique feature called The War Effort which we will delve into at a later time. That’s the tease we have to leave you with today.

How many weapons and playable characters will be available in the game at launch?

At launch, there will be four playable characters. We’ve only shown off three thus far and will reveal the last one soon. When it comes to our characters we wanted to bring across that this was a global conflict, so they are all from different places around the world, different backgrounds. They will each have their unique abilities, own weapon, upgrade paths, and of course their own voiceovers and catchphrases. Over time we will build up this roster of heroes each one adding new abilities and therefore strategies and gameplay into the mix.

When it comes to weapons, there will be around 10 different ones to start with. Not all these weapons can be used by every character, some are class-based and level-locked. But every single one of them has an upgrade path. The upgrade path really gives you breadth, to adjust the weapon to your needs. This is not just adding more power but rather allowing players to decide whether they want their weapons to be more specialized or a safer general use tool. Let’s say you play with a rifle, maybe you’d like to specialize as a sniper, or you’d keep using it as your everyday hunting rifle - if there is such a thing. Upgrades range from the exotic such as fire armor or solid perks such as reload improvements. Players are not locked in on their decisions, they can mix and match and experiment with their load-outs each mission.

How often do you plan to add new maps after the release of Second Extinction?

So we have one very big map. We’re not talking about Second Extinction as an open-world game, we’re talking about it as a big map game. So the map is not the same size as some of the open worlds you’ve visited playing other Avalanche Studios Group titles. We do want to add other biomes in the future, but we also want to focus on adding more playable content within this big map first. The first map is a Tundra biome, and so ranges from pleasant wooded areas to frozen mountains, but also deep, scary dinosaur-carved caves.

Does the presence of an Xbox One version of Second Extinction hold you back in any way when it comes to the Xbox Series X?

We of course want to serve all platforms to the best of our and their abilities, and with that in mind, we do not really feel like anything is holding us back.

What was your experience so far with the Xbox Series X? What's the single most impressive technical aspect of the system, in your opinion?

New consoles and platforms are always exciting for us as developers, but less for the specs than the creative possibilities it opens up. At this time we are not talking about what are we doing with it.

Microsoft is recommending a 4K@60FPS target on the Xbox Series X. Are you planning to adhere to that target with Second Extinction? Will there be ray tracing support?

We will discuss that a bit closer to launch.

Will there be cross-play between the Xbox platforms and PC (Steam) in Second Extinction?

Not at launch, no.

If the Closed Beta goes well, is there a possibility we'll see the game's release before the end of the year?

We will reveal the release date for Second Extinction at a later point in time. We’re very
excited about announcing it but have to leave you with that.