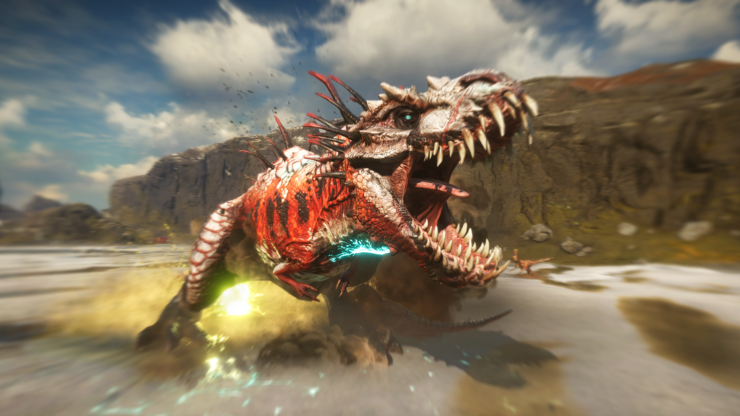 Second Extinction, the cooperative first-person shooter game set in a post-apocalyptic world where mutated dinosaurs have seized Earth back from humans, has been confirmed to be launching in an 'early access' state this Fall (next month, to be more precise).

The following message was sent out today through the official newsletter, also confirming that Second Extinction will debut next year on the Xbox Series X, too.

The realization that this approach suits the community-driven nature of our game was a little late-in-the-day, but we are excited about how it will make Second Extinction the best possible experience.

Early Access means that the original plan for a Summer beta is now out the window - it would simply get in the way of our efforts to get to Early Access in the Fall. We would like to offer you some compensation, however, so please enjoy the following as an apology - and a way to look like a badass on the battlefield this September:

These will be provided on the day we enter EA alongside the original referral incentives, which can be seen here: https://www.secondextinctiongame.com/warsupport

Oh and by the way Second Extinction is coming to Xbox Series X in 2021.

We appreciate your time, patience, and understanding on this journey with us, and hope to see you fighting in the dinosaur apocalypse.

This is a change in plans compared to the previously scheduled Summer beta that was supposed to come right before a full launch.

The developers at Systemic Reaction (which we've interviewed about the game not too long ago) have also shared with IGN the first details and debut trailer for the War Effort meta-game feature that will be in Second Extinction.

The War Effort reflects the changes in the ongoing fight against the dinosaurs and ensures you’ll always have to stay on your toes. It’s a highly interactive, community-driven environment for players to fight in, letting us create new content that evolves over time. The War Effort is an integral part of how we’ll introduce new dinosaurs, missions, and more as a live service experience, and it’s a feature we’re excited to fully flesh out throughout early access. Essentially, the activity of the dinosaurs is constantly monitored and each area gets a Threat Rating - 1 being the smallest, 3 being the highest.

The Threat Level will affect the area’s difficulty first and foremost. If you can shoot straight - unlike me - a Threat Level 1 is probably solo-able; a Threat Level 3 would be only recommended for experienced 3-player teams.

For higher level areas, this will also impact the difficulty of the enemies you encounter, as well as the activities you can perform. And of course, any areas under the Emergence Event will also change the flavour of the dinos, the environment, the rewards, and even your item effectiveness. It’s important to give players a reason to venture into the depths of our dinosaur hell, so the toughest dinosaurs drop the rarest parts. In turn this dino-loot is exchanged for coveted upgrades.