There are ample of jailbreak tweaks that provides customization and control beyond the stock iOS boundaries. From different packages to stand alone tweaks, jailbreak has been a break through for many users to extend functionality. Likewise, SwipeSelection is one of the many reasons why people jailbreak their devices which is now modified to work with Safari. 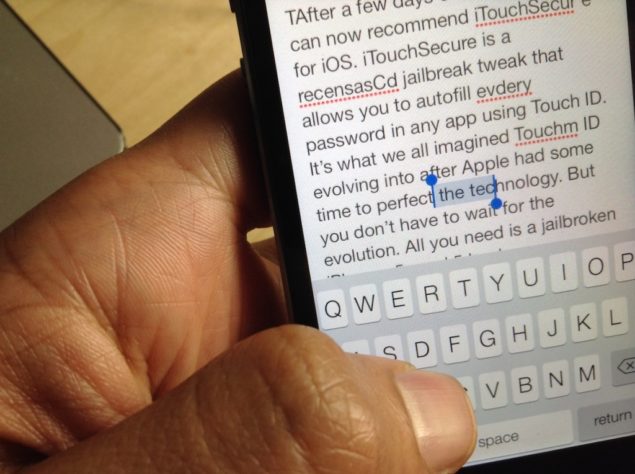 SwipeSelection have been specialized to select on screen text and uses the swiping gestures on keyboard to move the cursor around. However, there was a bug in the tweak that caused it to work ineffectively with text boxes boxes in the Safari browser. Hence, the SwipeSelection tweak has been modified for perfection and removal of any hindrance that cause the respective issue.

Save Time And Select Easy With Swipeselection Tweak

Fortunately, SwipeSelection is open source so a developer has fixed the issue arising in Safari and modified the version which can now be installed from Cydia. Now you can control for a better perfection and select text in Safari, however, pertaining to the text box selection issue, it still exists. Its just a matter of time when some other developer would fix this issue in a new version and makes it available in Cydia.

If you are willing to give this new modified version a swirl, then you would have to add a new source to Cydia. Simply add the following source: 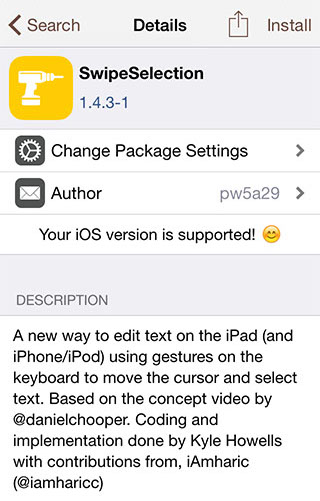 SwipeSelection is a neat tool to save you a lot of time and provides swipe gesture controls for easy assistance and precision. If you want to give it a try, install it from Cydia right away. As for now, let us know in the comments how you liked the modified version and what other changes do you see in the tweak.