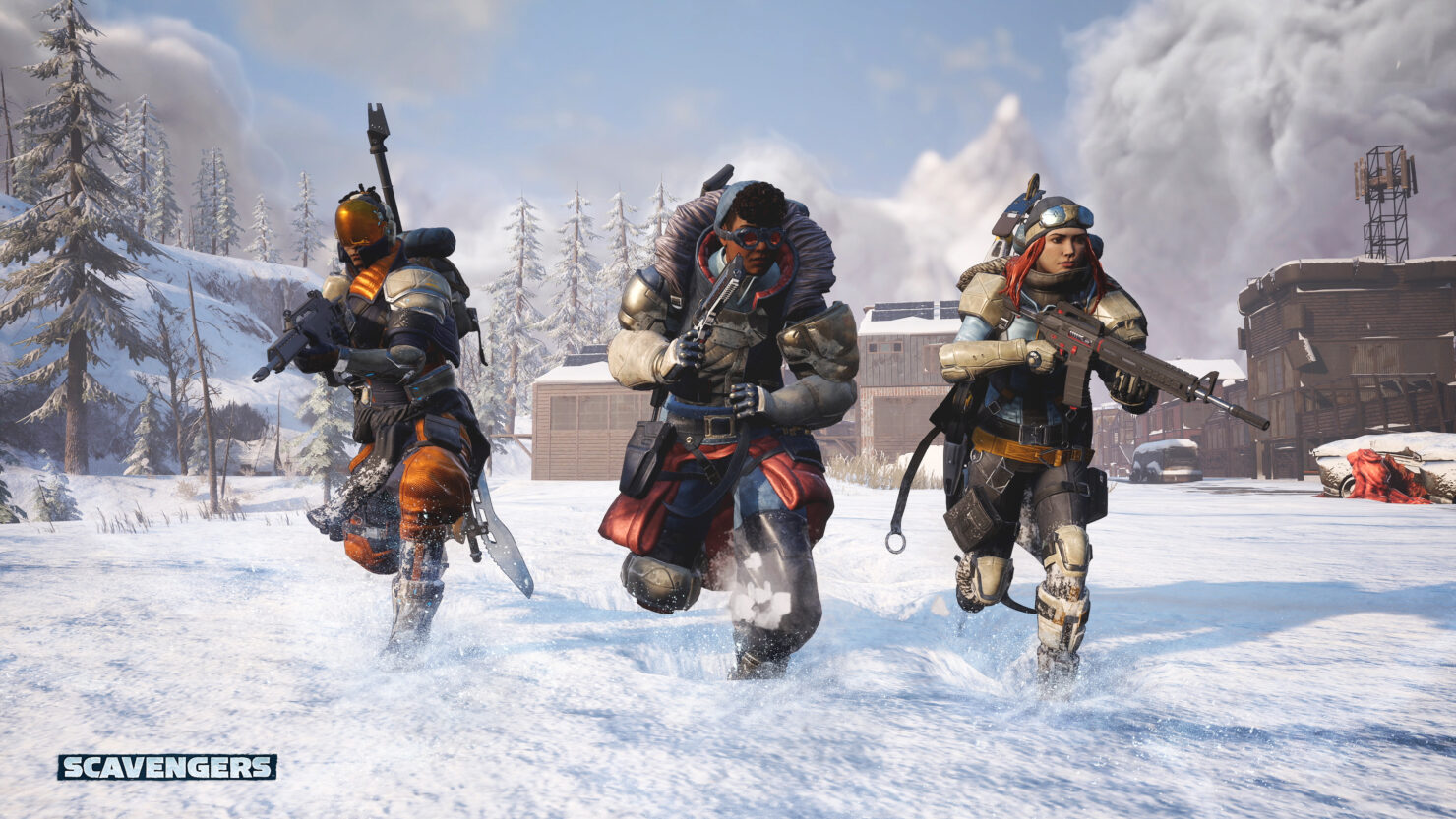 Scavengers, the PvPvE survival shooter in development at Midwinter Entertainment (founded by ex Halo franchise director Josh Holmes in 2018 and acquired by Improbable in late 2019), has finally launched on Steam Early Access yesterday.

However, the game can't actually be purchased yet. Instead, the developer has opted for a system where anyone interested can get a key via Twitch Drops. To do this, you'd have to create (and link) both a Twitch account and an Improbable account, though. For those who'd rather skip all these steps, we're giving away a thousand Steam codes on a first-come, first-served basis. Just complete the actions mentioned in the bow below and grab your key.

In case you're not familiar with the game, Scavengers is set in a post-apocalyptic world where the Earth is essentially frozen, following the shattering of the Moon due to an asteroid impact. Worse, it brought a virus that mutated the remaining life forms in dangerous ways.

Now, player characters live off-planet but drop on the planet for quick raids, where they scavenge anything useful (against the environment itself, the mutated marauder NPCs, and other players) before leaving again with the spoils.

The game will be fully released later this year on PC, with console versions further off.