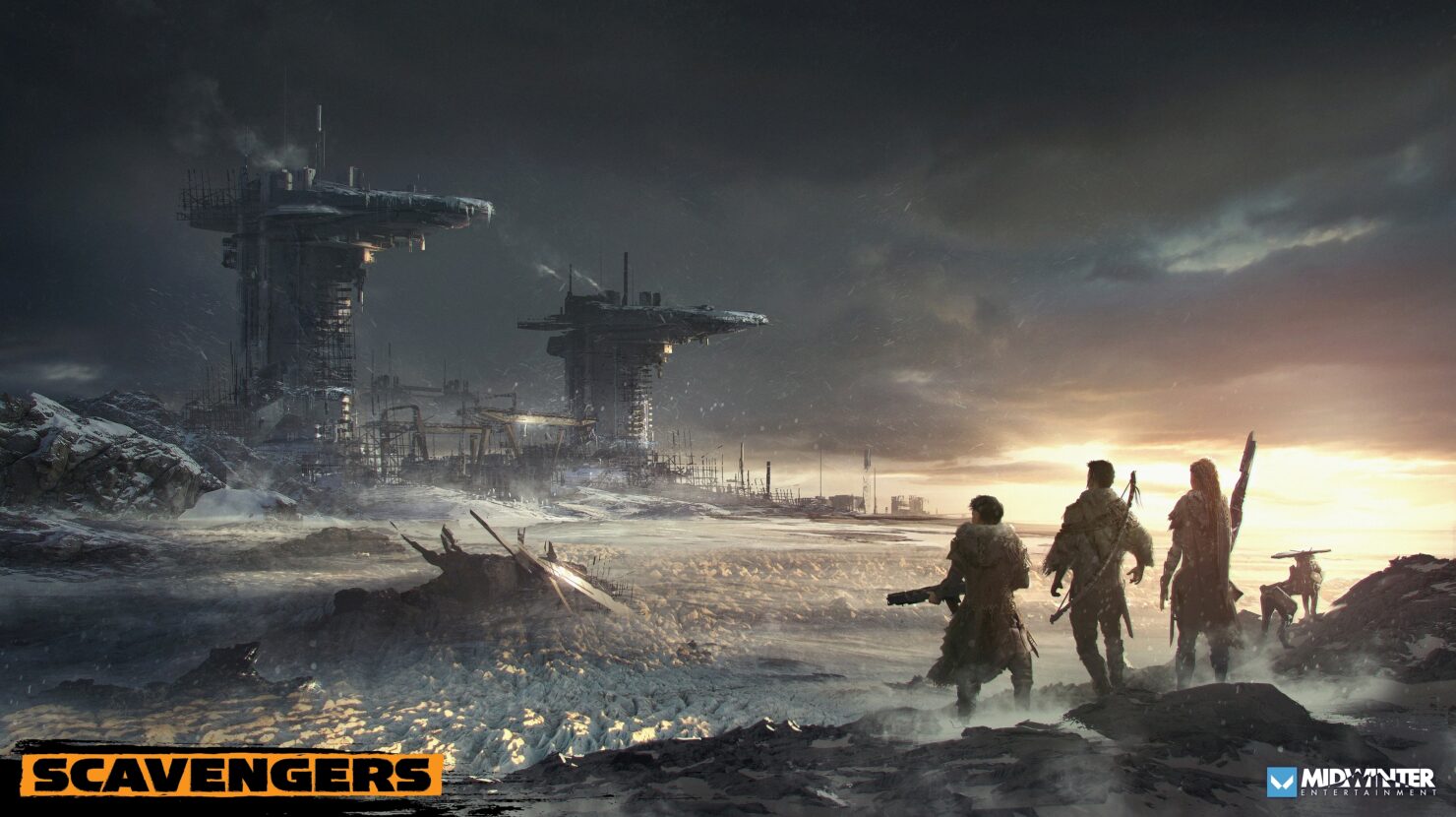 You may remember Josh Holmes, former 343 Industries Studio Head and Creative Director for the Halo franchise, leaving the company in November 2016 to pursue indie development.

Today, we finally found out about his next project, a multiplayer "co-opetition" survival shooter called Scavengers. Crafted with Unreal Engine 4, it will build upon the founding principles of Halo 5's acclaimed Warzone mode in that it mixes PvE and PvP elements seamlessly.

As suggested by the title, Scavengers will feature player as survivors fighting in a future where unspecified cataclysmic events have triggered a new ice age. Each game will begin with players equipping their scavenger to venture out and explore the wilds while cooperating or competing with other players and battling against "large and unpredictable AI populations".

That's where the partnership with SpatialOS comes in, as the technology allows for more and more sophisticated AI entities as well as a larger, more deeply simulated game world. Apparently, there will be hundreds of free-roaming AI enemies belonging to different factions, each one sporting their own behaviors and weapons.

Unlike the previous partnerships Improbable announced in the past, though, this time they're also providing studio Midwinter Entertainment with funding for the project.

We started Midwinter with the goal of creating innovative, shared experiences for millions of players around the world. When we introduced Warzone in Halo 5, it represented the pinnacle of blended PVE/PVP. Now with SpatialOS, we have the ability to push the boundaries of ‘co-opetition’ gameplay in Scavengers, with teams of players competing as armies of smart AI move intelligently across the map, hunting down players and each other.

We’re passionate about making the next generation of online games possible and we’re taking steps to help studios with outstanding teams and exciting visions make games that would have previously been impossible. Often, innovation comes from studios like Midwinter: talented, experienced designers and developers with a track record of delivery at major studios, who want to create something truly groundbreaking. We chose to partner on Scavengers because we believe that Midwinter will produce a great game and a great demonstration of SpatialOS in action, and also help us to optimize our own tech and tools for this kind of action-packed, session-based gameplay. A partnership like this is designed not just to help a great game get made, but to make it easier for other studios to make great games.

You may check out the announcement video below. Stay tuned for more; Josh Holmes and the Midwinter team will appear at GDC 2018 in talks and at Improbable's own booth.