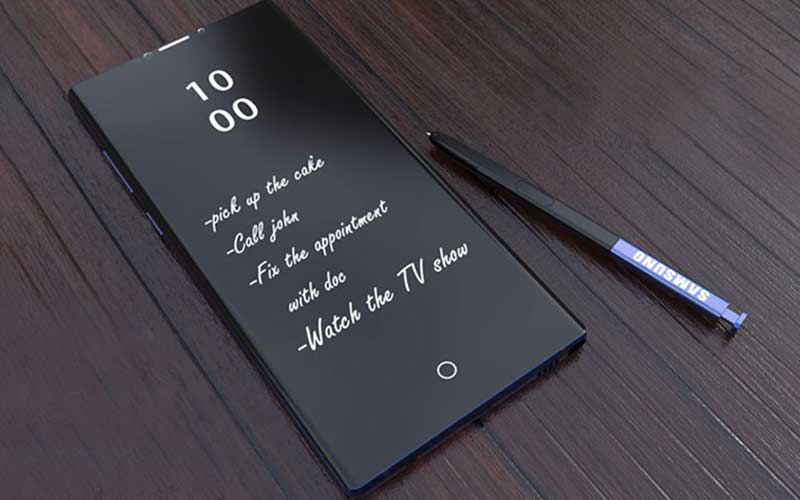 With the Xiaomi Mi8's launch, the first half of Android flagship launches is over. So far, 2018 has seen some impressive upgrades, but nothing too spectacular. Apple is still in the lead with 3D facial recognition as Xiaomi's response on the Mi8 fell short as expected.

All eyes are now on Samsung, as the company is once again rumored to expedite its Galaxy Note launch this year. The Note 9 will be a customary, iterative upgrade over its predecessor, as the rumor mill promises all the big features for next year's Galaxy S10. Today, we've got some more news for the Galaxy Note 9. Head over below to find out more.

Early on in 2018, the rumor mill was very optimistic for the Galaxy Note 9. As was the case for both the Galaxy S9 lineup and the Note 8, rumors once again claimed that Samsung will launch an upcoming flagship device with virtual fingerprint recognition. However, speculation came down to realistic levels later on, with several sources corroborating reports for another iterative upgrade this year from Samsung's end.

However, claims for an expedited Galaxy Note 9 launch remained. Today's news looks to counter these as well. According to the Korean media, Samsung's Vice Chairman Lee-Jae Yong has decided to take a hands-on approach with the Galaxy Note 9. Yong, if you'll recall has served time for alleged corruption charges.

Mr. Yong visited a smartphone store in Shenzen, China earlier this month. He explored the store and products from Oppo, Vivo, and Xiaomi. He was impressed by the sturdy grip and sleekness offered by the devices.

This resulted in Mr. Yong instructing Samsung's IM division to reduce the Galaxy Note 9's glass cover by 0.5T (Thickness, 0.5mm). It's a highly unusual move when considering the company's design process. At this point with only a couple of months left before launch, Seoul generally busies itself with production.

The change has resulted in a mass production delay by 2 weeks. A glass cover is what protects a gadget's display panel (OLED in the Note 9's case) from external elements. It's now expected that the Galaxy Note 9 will launch at the start of August rather than the end of June as reported earlier.

For Mr. Yong to take such an interest in the phablet is a breath of fresh air, especially if we consider the publicity angle. He's got a lot to make up for in reputational terms and looks like his advisors are doing the right thing too. Thoughts? Let us know what you think in the comments section below and stay tuned. We'll keep you updated on the latest.