The word has been doing rounds about Samsung developing its very own VR headset with the cooperation of Facebook-owned Oculus VR, makers of the Oculus Rift VR headset for gaming. According to the recent updates, Samsung will launch its Samsung Gear VR along with Samsung Galaxy Note 4 at the IFA 2014 event. Korean tech company will also make Gear VR SDK available to the developers after the event with a focus on Theatre, 360 Player, and Gallery apps. 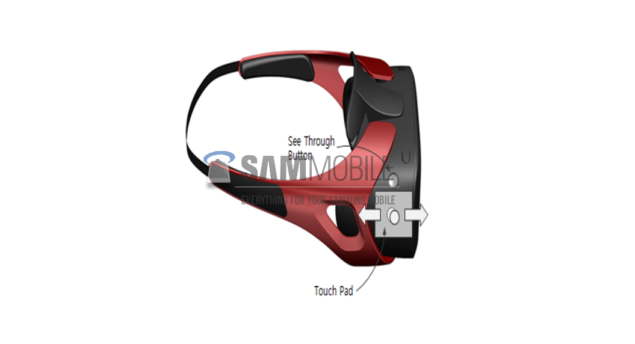 While Samsung is solely responsible for the Gear VR headset hardware, Oculus VR is helping the company with the software. Unlike Oculus Rift VR, Samsung's virtual reality headset will not be a standalone gadget but willtake input from the Android smartphone. News first broken by Engadget about a month ago is now being confirmed by the guys at Sammobile who have apparently tested the headset.

This modular design will allow the user to dock in a Galaxy device using USB 3.0 into the Samsung Gear VR and the virtual reality is then achieved through head tracking. Since the headset has a fully functional and capable Galaxy smartphone inside, it doesn't need to have any of its own sensors as it would make use of the smartphone's gyroscopr, accelerometer and processing power to track head motion and analyze data.

This does sound like Google's cardboard VR set that was famously handed out to the I/O attendees this year. Google's also took input from the handset and didn't have any capabilities of its own. However, unlike Google's cardboard VR headset, Samsung Gear VR is actually a properly and ergonomically designed headset with Sammobile reporting that it feels much more comfortable due to the elastic head band and soft padded cushions on each side of the headset.

Another positive point of Samsung Gear VR is a see-through button on the right side which, using the Galaxy phone's rear shooter, supplies the user with a window to the real world saving the need to remove headset repeatedly. This, and the proper designing of the headset will add into an overall better experience of the Gear VR than the other alternatives. Add in some beautiful AMOLED Samsung Galaxy smartphone and you can definitely have one immersive virtual reality experience.

Samsung Gear VR will arrive alongside the Samsung Galaxy Note 4 at IFA 2014 in September. The virtual reality headset by Samsung will certainly be packed with dedicated apps with a focus on gaming, camera, and video player. While the design hints at a lower-cost VR headset, there is still no word on the expected pricing of the Samsung Gear VR headset.