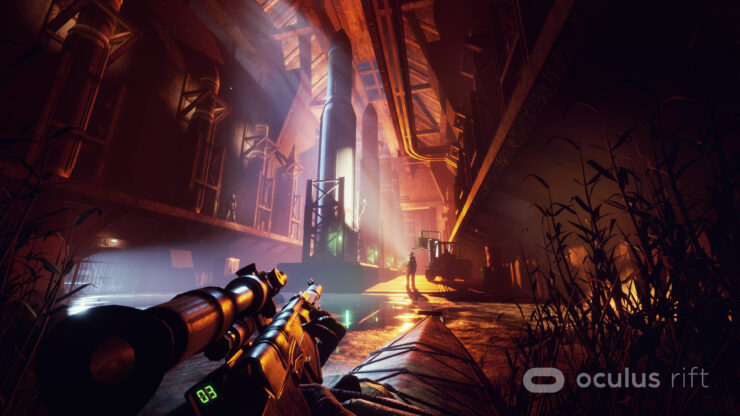 Phantom: Covert Ops, the upcoming VR stealth game developed by nDreams, has been delayed into 2020. The good news is that the game will be available on the Oculus Rift in addition to the previously announced Oculus Quest, with cross-buy functionality across the two platforms.

Moreover, the developers have detailed the graphics improvements that will be available when playing Phantom: Covert Ops on PC instead of on the go.

PSVR Hardware Is Dated and Sony Knows It Needs to Be Updated, Says nDreams CEO

When it comes to visuals, we felt it would be rude not to make the most out of each of the headset’s unique strengths. Whilst we’re delighted with how the game looks on Quest, the additional power of the PC naturally allows for a visually enhanced take on the same locations.

- Realtime Reflections – The water reflects events happening above the water in a way that has literally never been seen before in virtual reality. How you ask? Magic!

- Water Dynamics – Expanded directional manipulation of the water with your paddle (or to put it simply: you can splash about and it’ll make ripples!)

- Improved Atmospherics – The combination of volumetric fog and dynamic lighting creates hugely atmospheric night-time aesthetic, allowing you to pass through crepuscular rays in full cinematic fashion (Google it… we had to!)

- Higher Resolution Materials – From the environment to the gloves on your hands, a full PBR shader model is employed to increase fidelity and rendering on every surface.

- Optimised for Each Headset – Did you know that the Rift and Quest screens show the same content in different ways? We have adjusted colour profiles, lighting and the dynamic range between lights and darks to make a consistently stealthy experience on all headsets.

- Explosions – Because everyone loves a pretty explosion.