With things having settled down and no major launches expected in the near future, there's very little to talk about. But even though things might sound quiet right now, soon we'll be getting another round of flaghship upgrades, with each expected to deliver on a number of platforms. One such device that's been making a lot of rounds over the past week is the Galaxy Note 6 and by the initial look of things so far, Samsung's phablet does seem to be heading towards a rather interesting direction this time around. 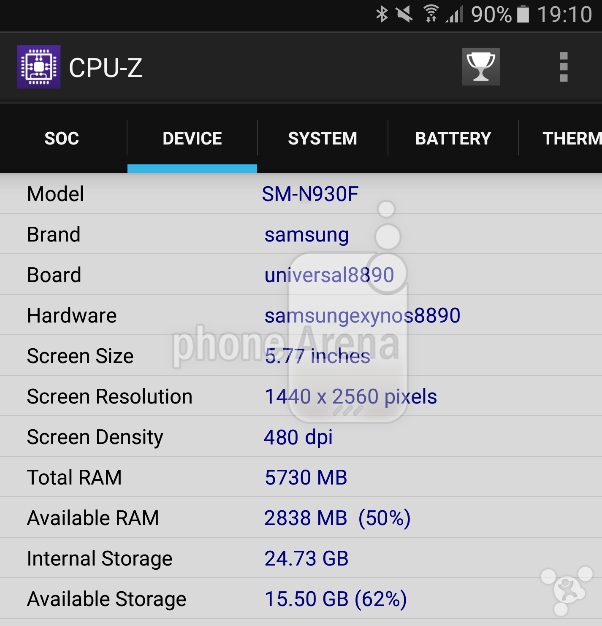 While today's leak related to the Samsung Galaxy Note 6 does cover quite a bit of the device's specifications, it shouldn't be considered unique in any aspect. Almost two months back we covered a similar specifications leak which pegged the device with almost all the features that today's screenshot (courtesy: PhoneArena) manages to cover.

According to today's leak, the Galaxy Note 6 will be coming in a screen size of 5.77 inches with a resolution of 2560 x 1440 pixels, which will place it once again right at the top of the flagship phablets out there; a title which Samsung's always been eager to hold on. In addition, earlier information also suggests a Slim RGB AMOLED screen for the device, that if true, would be a nice change from Samsung. Through Slim RGB, the Samsung Galaxy Note 6 will be adding another color into the mix, with the screen expected to display clearer and detailed content than before. 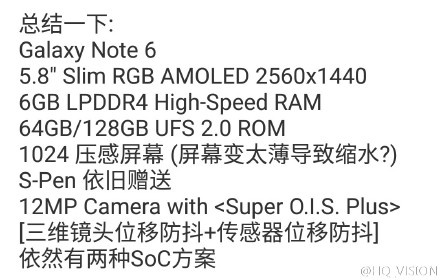 In addition, we also see more confirmation of 6GB RAM making it on the device, so Samsung really does seem to have some rather huge plans for the device this time around. With 6GB of RAM, the Note 6 should pack quite a punch when it comes to performance, especially for heavy duty apps. Such a progression does sound natural, especially given that Apple's also started to take a similar approach with its mobile devices this year.

The most important bit about today's reveal is the processor which the upcoming phablet has been listed on CPU-Z with. Taking a look at the first screenshot in the post, you'll see that the Galaxy Note 6 is allegedly listed with the Exynos 8890 on board, which further buries the rumor that we might get to see the device with the Snapdragon 823/830 on board. Qualcomm's next processor has also been surfacing quite regularly on the rumor mill, but isn't expected to hit the shelves until early 2017.

So far, the Samsung Galaxy Note 6 sounds like quite an interesting device indeed. We're more eager to see what approach the design on the device will follow, especially since the Korean tech giant didn't introduce any major upgrades on the Galaxy S7 and the Galaxy S7 Edge. Thoughts? Let us know what you think in the comments section below and stay tuned for the latest.