With summer approaching fast, we're expecting things to heat up soon about a lot of device. Among the flagship gadget launches expected later this year, the Samsung Galaxy Note 6 has been the rumor mill's favorite, with a lot of information having surfaced about the device so far. The Galaxy Note 6 will be Samsung's final addition to its 2016 top tier mobile portfolio, and in terms of specifications, there's plenty that's rumored for the device so far.

The Samsung Galaxy Note 6 is expected to come with several power packing features that should give the device a significant edge over the competition until next year. According to information so far, the device will come with a 5.8 inch screen, a massive battery and a new processor as well. For the processor bit, we've been hearing conflicting information surface so far, with different quarters claiming either the Exynos 8890 or the Snapdragon 823 for the phablet.

The Snapdragon 823, according to sources, will come featuring a quad core Kryo processor, in a dual core arrangement clocked at 2.6 and 3.0 Ghz. While we've seen conflicting information surface about the Note 6's processor so far, with sources suggesting that the Exynos 8890 might make it on board the device, today's news suggests otherwise. According to folks from China, the Note 6 will indeed be coming with the Snapdragon on board, which would mark an interesting turn of events for 2016. 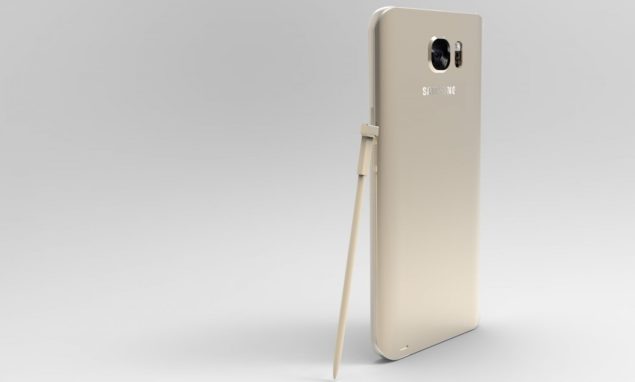 Apart from the processor, today's source is also claiming that Samsung's flagship phablet launch will also be coming with 256GB of internal storage, a 5.8 inch screen and 6GB of RAM; details which are remarkably similar to one of the first leaks on the device, which we reported 3 months back. In addition, its also being reported that the Galaxy Note 6 will come feature IPS 68 certification and a 4200 mAh battery. This almost covers every detail related to the device's hardware specifications; at least as far as the average consumer is considered.

Another interesting feature that's been previously rumored for the device is Super OIS Plus, which will add a nice camera upgrade to the mix as well. So taking a look at things so far, the Note 6 is turning out be quite a well rounded device indeed. Of course, there's little information about the device's design so far, so more should surface over the next couple of months. Till then, stay tuned and let us know what you think in the comments section below.