High-Res Leaked Shots of Samsung Galaxy A5 and Galaxy A3

Samsung's rumored A Series of smartphones has remained a hot topic since past two months. Following the first metal smartphone by the Korean giant in the shape of Samsung Galaxy Alpha, it was rumored that Samsung is readying a battalion of three more metal phones coming varying sizes and offering different specs. The series comprises of rumored Samsung Galaxy A5, Galaxy A3, and the Galaxy A7. Not much has yet been leaked about the last of the three, however, we have talked quite a bit about the Galaxy A5 and A3 with some images coming in the lot too. 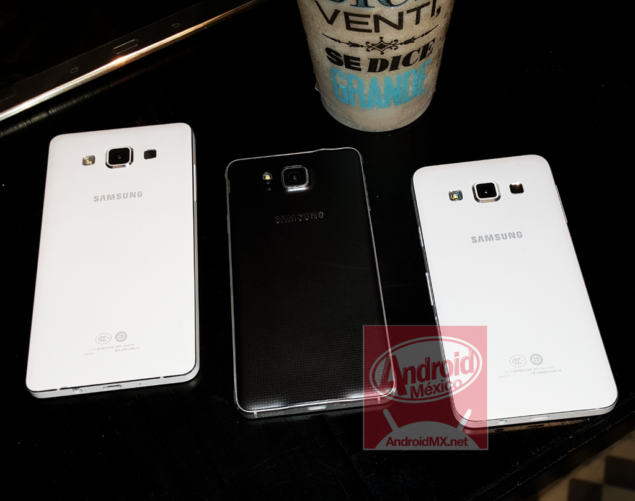 Samsung Galaxy A5 and A3 images:

Similar to Samsung Galaxy A3, details of A7 aren't much available. A7 is expected to lead the pack offering a 5.5-inch screen and LTE and costing over $450 to $500. The latter device will only be launched in selected markets.