Reports suggest that Samsung is ready to launch some more phone drapped in metal following the first of the series - the Samsung Galaxy Alpha. This new Samsung A Series smartphones will include three devices with code names SM-A300, SM-A500, and SM-A700. Samsung Galaxy Alpha sports metallic design and high-end specs inside a slim and sleek body. Similar to the design ideology of Alpha, the upcoming Samsung devices will also feature better designing and metal frames including aluminum and other metals. 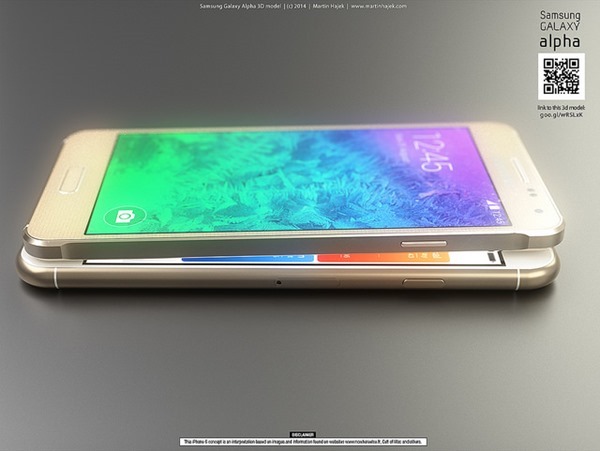 Reported by Sammobile, it is suggested that the SM-A300 will have a QHD display (540 x 960), while the other two will be 720p and 1080p devices respectively. Site also reveals that along with metal, these new Samsung A Series smartphones will have better resolution front shooters. Sammobile doesn't reveal what the megapixel will exactly be but it suggests the Galaxy Note 4's 3.7MP front camera as a pointer giving some clues.

Thirdly, it is shared that thrice of these devices from Samsung A series will be launched sometime in Q3 of the year. However, you will have to consider the mega launch and focus on the Galaxy Note 4 which might delay the release of Samsung A series smartphones' launch. Looks like Samsung is all set to enter into a new era with better specs for the price and metallic designing.