Remember Samsung’s Rumored Gaming Smartphone? It Might Feature a Foldable Design Too 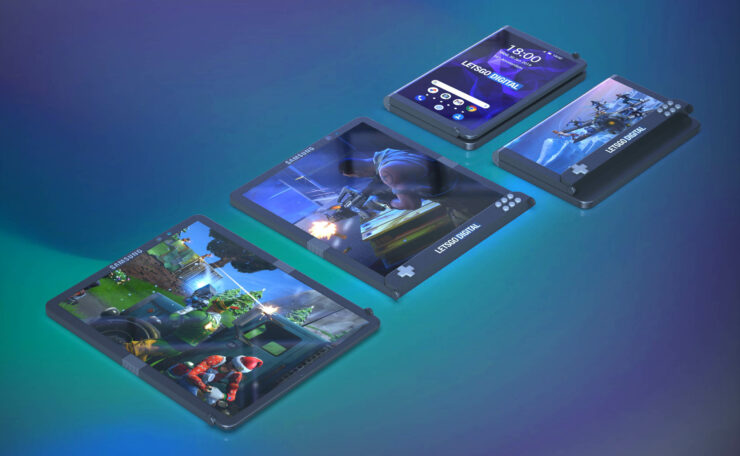 Samsung might finally unveil its foldable smartphone during its Unpacked event that’s scheduled to take place on February 20. Although the device is expected to garner a lot of interest, Samsung will probably not be able to hog the limelight for really long as other manufacturers, including Xiaomi and Huawei, are also going to release their foldable devices this year. However, if a patent filing is to go by, Samsung might be planning to release a monster of a device sometimes in the future that will combine two of the trendiest concepts in the industry right now; foldable screens and gaming smartphones.

It was rumored last year that the South Korean giant is readying a gaming smartphone but no details on the alleged phone were available. According to a newly unearthed patent that was filed at the end of 2017 the company is apparently envisioning a smartphone-tablet hybrid that would have a hidden controller underneath. The patent hints at a device that will fold up in the middle to reveal two equal halves with a screen on both the sides and it will become a tablet-like device when unfolded. 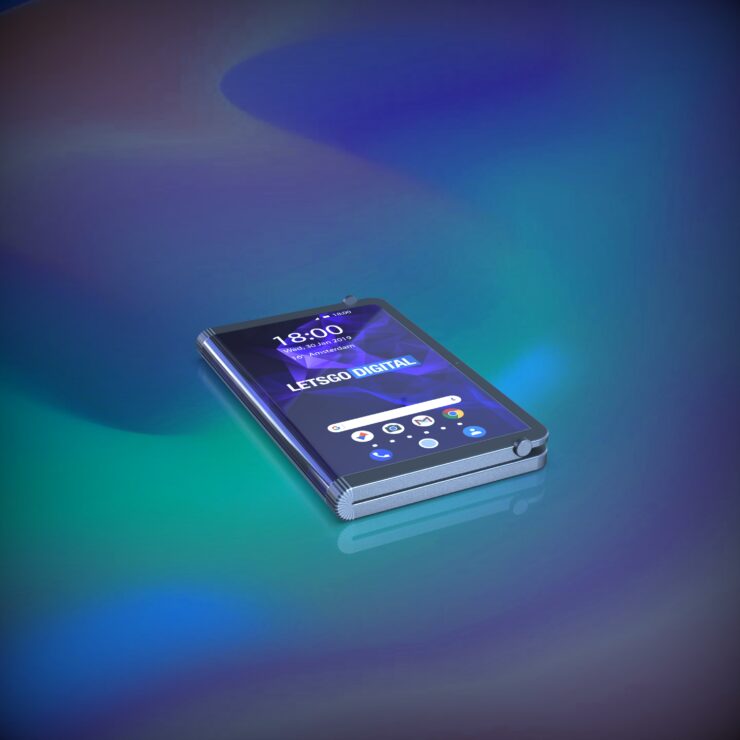 There would be a D-Pad and six trigger buttons on the side for gaming and users would be able to flip over that portion when they are not playing games. Of course, it’s entirely possible that the buttons would be useful for purposes other than gaming as well. If Samsung is able to pull this off, it might have a winner at its hand. However, that is not to say that the mockups look perfect.

Based on what the patent suggests, the proposed foldable phone doesn’t seem ideal from the point of view of ergonomics. It appears that the hinge for the gaming buttons section kind of sticks out and this could be a nuisance. However, since foldable smartphones will continue to improve over time and this is just the first iteration of what could be a groundbreaking addition to the handset industry, we believe that the best is yet to come. 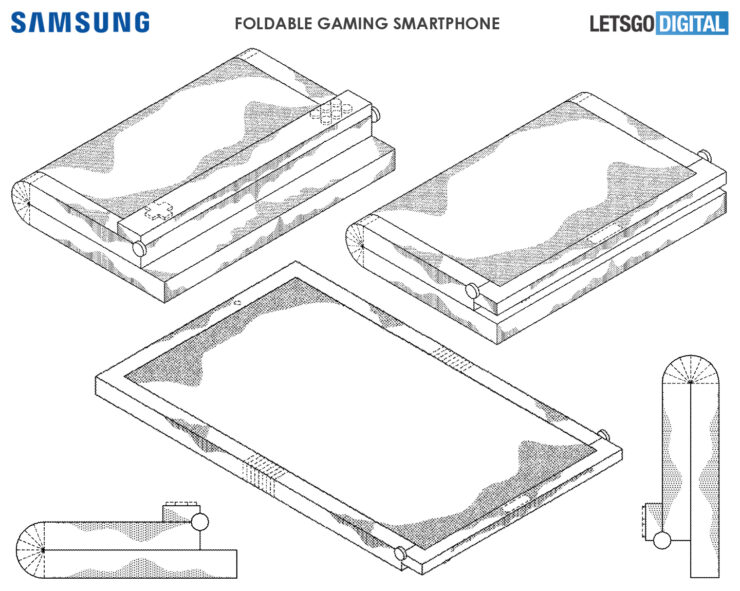 Samsung is unlikely to release this device anytime soon, as it will most likely iron out all the problems before releasing it. In other related news, the proposed device might come out with Samsung’s own S-GPU instead of an ARM GPU for intense graphics processing. Needless to say, it seems that the South Korean behemoth is serious about its gaming endeavors and will probably go ahead with the phone described in the patent filing.