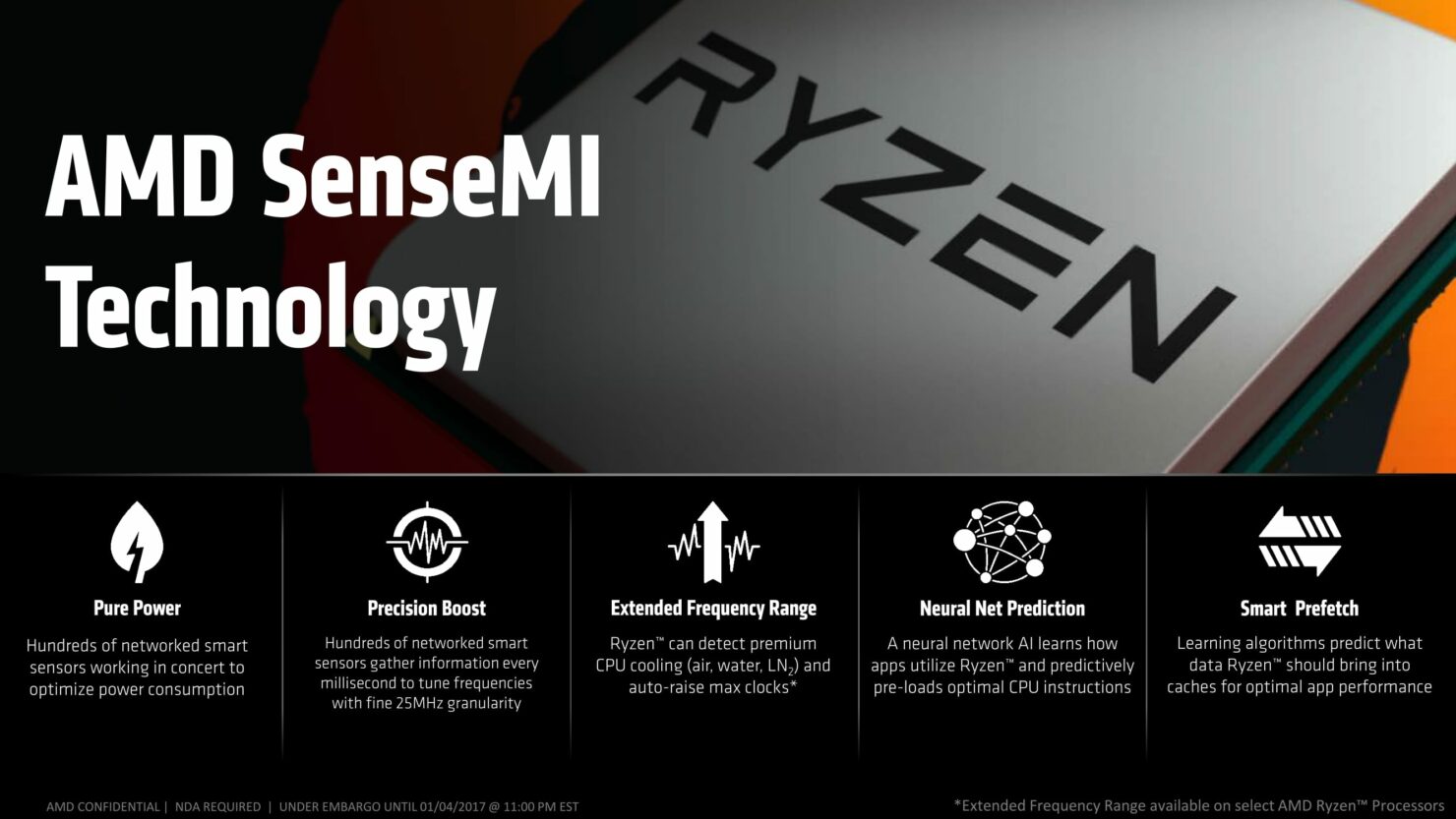 AMD's Zen architecture is all the rage these days and we finally have a few precious details about the physical specifications of the processor itself. It turns out that the 4-core/8-thread Ryzen CPU is going to be 44mm². This is around 10% smaller than a comparable Skylake quad-core CPU which usually clocks in at 49mm².

Not only is the Zen die size smaller than the Skylake variant, it is also able to pack in a larger L2 cache and L2 density, at 512KB and 1.5mm²/core respectively. In comparison, the comparable Skylake core only has 256 KB of L2 cache and a density of 0.9mm²/core. That said, a smaller die size does not equal a better processor, it simply means a more compact footprint.

Looking at the node specifications, we can see that the Intel 14nm process remains superior to the GLOBALFOUNDRIES 14nm process. In fact, looking at the CPP, Fin Pitch and Metal Pitch we can see that the node is around 11% - 18% better than the one used by GLOBALFOUNDRIES. This means that not only can the Intel die space house more transistors inside, but that Intel has a larger die space to begin with.

Adding on to that, AMD has also chosen to go with just 12 metal layers as opposed to Intel's 13 metal layers. What this basically means is that the Zen processor is a much more compact architecture than Intel's Skylake but is fabricated on a node that is inferior to Intel's 14nm. The lean capability of the architecture means that Zen will be a few IPC points behind its blue counterpart (clock for clock) and will need to be clocked a little bit higher to successfully compete.

As we told you a while back, the primary problem with achieving a high stable overclock on all cores had very little do with the processor itself and mostly to do with the quality of the motherboard. Specifically, the VRMs on the ES mobos were not of a solid enough build to sustain a stable OC to all cores. If a single core can hit 5 GHz on air, ignoring the effects of electromigration, then you can realistically expect cherry chips to overclock up to 3.8-4.0 GHz on all cores with a high-end cooler and a mature enough revision of the Ryzen processor. A Ryzen chip with a decent overclock will be able to give comparable performance to Intel’s $1000 i7-6900 in optimized scenarios.

Table courtesy of the Linley Group

It's also worth pointing out that Intel has a double precision IPC of 16 FLOPs per Clock with Skylake as well as 2x 256 bit FMA whereas Zen only has 8 FLOPs per clock and 2* 128 bit FMA. This means it will have to work quite a bit harder (think double) to compete in the HPC sector where double precision is demanded. This means that Zen will be limited to breaking Intel's monopoly in 1) the mobility 2) desktop and 3) the server market. The TAM (Total Available Market) of these segments is still pretty huge, so it doesn't change much. So far and on paper, it does seem like Intel retains the architectural superiority in all regards, when talking clock for clock but a real life showdown has much more to do with the price/performance point as well as attached costs - something Ryzen looks poised to blow away the competition in. 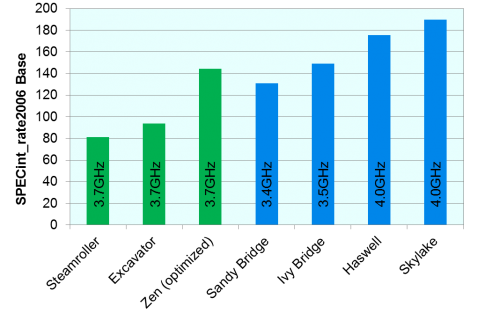 Given above is an estimation of the performance metric of the Zen architecture by the Linley Group which puts Zen microarchitecture somewhere around the Haswell mark. However, considering that Ryzen will be priced significantly below its blue counterparts, the price/performance metric we are talking about should be unprecedented and potentially monopoloy-breaking in nature. This particular estimation was done using a base clock of 3.7 GHz, which is a fairly realistic estimator considering the "ZD" sample we saw earlier had a base clock of 3.6 GHz. All that we need to know now is the pricing of Zen - and all the pieces will fall in line.